The Army and Marine Corps selected Oshkosh Defense to build the Joint Light Tactical Vehicle, but work has been held up as Lockheed Martin protested the decision and is now taking the government to court.

Oshkosh was awarded a contract in August worth up to $6.75 billion to build 5,500 vehicles for the Marines and more than 49,000 for the Army. Oshkosh, along with Lockheed Martin and AM General participated in the engineering and manufacturing development phase that began in 2012.

Lockheed Martin protested the decision to the Government Accountability Office, which dismissed the protest after holding hearings with company and government officials. However, the company said the Army made a large volume of information available just prior to the GAO’s decision, and when GAO would not extend the protest period to consider the new information, Lockheed Martin decided to take the matter to the Court of Federal Claims.

Marine Corps released a request for proposals in late March and awarded contracts to BAE Systems and SAIC in November for its Amphibious Combat Vehicle, which will replace the Vietnam-era Amphibious Assault Vehicles.

General Dynamics protested the decision to GAO, saying that “the selection process was not consistent with the criteria outlined in the RFP.”

The ACV program is being divided into increments – the current ACV 1.1 effort is meant to be a quick acquisition of mostly off-the-shelf technology, with ACV 1.2 having more tailored capabilities for the Marines and a possible eventual 2.0 bringing high water speed capability. But Marine Corps officials have said the ACV 1.1 entrants were so advanced that many meet 1.2 requirements already, making the eventual 1.2 effort much easier. 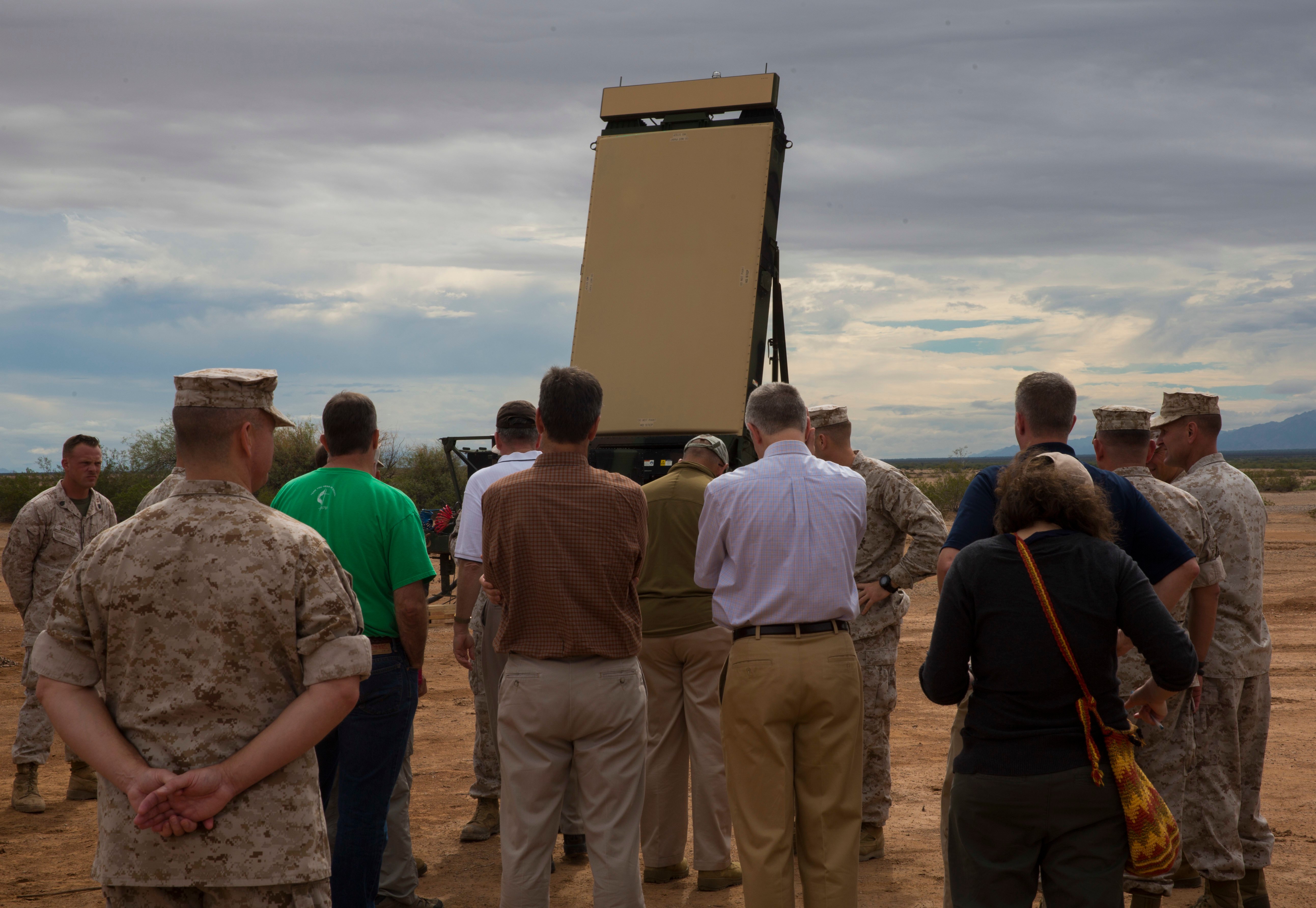 The Marines’ Ground/Air Task Oriented Radar (G/ATOR) faced troubles in 2015, as congressional support waned and the resulting funding cut may lead to a one-year delay in fielding.

The House Armed Services Committee recommended cutting $40 million from the program in April for what the committee called programmatic delays, though the Marines insisted the radar was still on track. The Marines started out building the radars with a Gallium Arsenide (GaAs) gas semiconductor but switched to the more efficient Gallium Nitride (GaN) – but to address Pentagon concerns the Marines hoped to buy an additional radar to speed up testing with the new GaN radars.

The Marines were working late into 2015 to find ways to mitigate the cuts but said that the program could face a one-year delay if unsuccessful.

The Marine Corps declared its variant of the Joint Strike Fighter ready for operations after extensive at-sea testing in the spring and the unusual final step of an operational readiness inspection.

The Marines began a two-week operational test of the F-35B on USS Wasp (LHD-1) on May 18. The Marines had to prove not only that the plane could land and take off from the ship, but also that the maintenance and logistics infrastructure was advanced enough to support shipboard operations.

In July, right before declaring initial operational capability, the Marines performed an operational readiness inspection – taken from the British – as a final measure to “assess [the F-35B squadron] from a maintenance perspective, a sustainment perspective and an operations perspective.” Deputy Commandant for Aviation Lt. Gen. Jon Davis said he was most concerned about the inventory of spare parts, though Marine Corps leadership was sufficiently satisfied with the test results to approve an IOC decision two and a half weeks later. 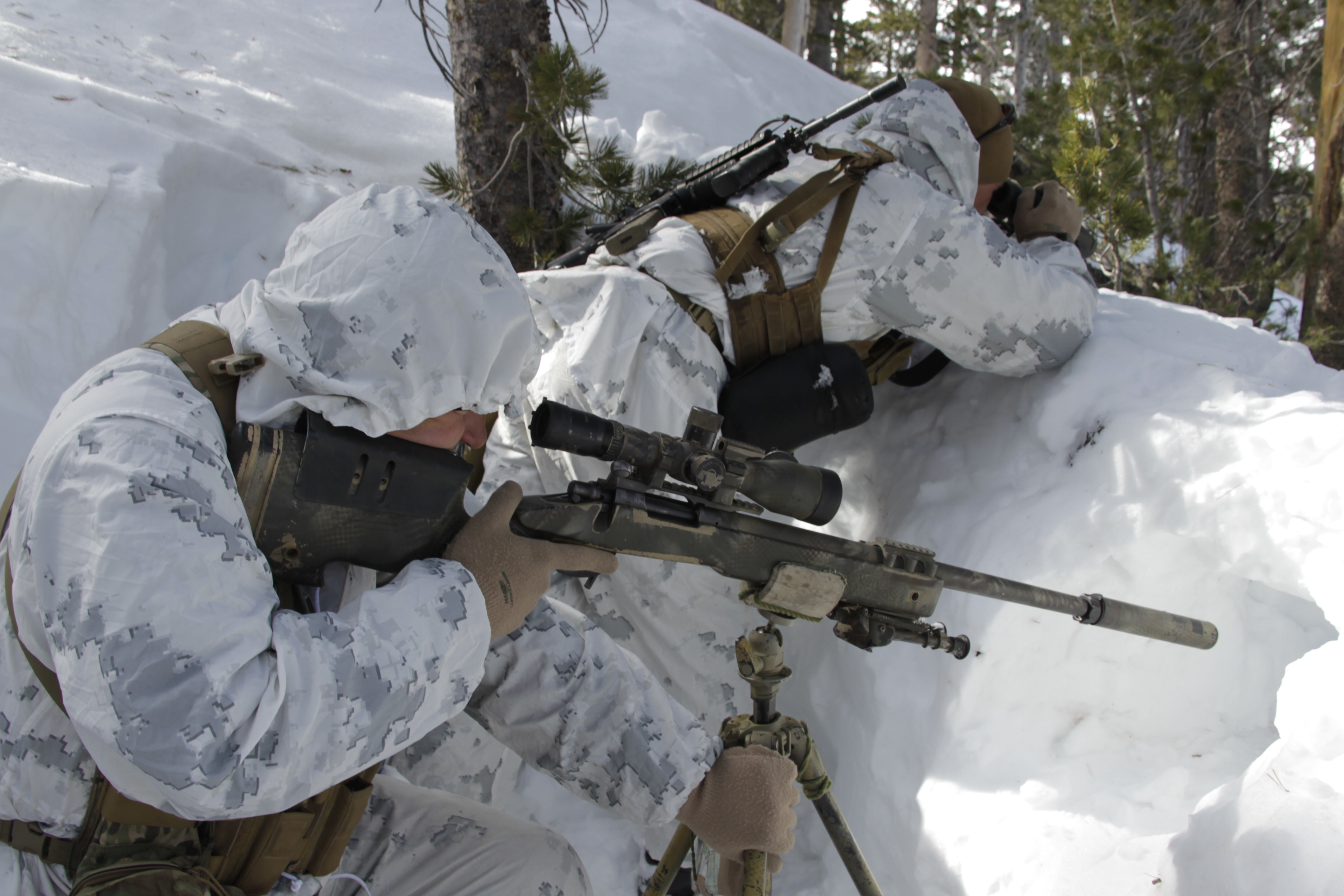 A shooter with a M40 A5 and his spotter prepare a shot in 2011, during the Mountain Scout Sniper Course at Marine Corps Mountain Warfare Training Center, Bridgeport, Calif. US Marine Corps Photo

The Marines decided to modify its Vietnam era scout M40 sniper rifle while mulling kicking off a new competition to find a new weapon.

Currently, Marine snipers use M40A5s based on the sniper rifle the service has used the 70s while the Army and U.S. special operations forces have moved on to longer range and more powerful weapons.

“We have made engineering changes to the M40A- series in order to modernize the weapon. Our efforts focused on maintaining its relevance. Within the next year, we plan to field the M40A6 which will incorporate a modular stock to improve portability and shooter ergonomics, an improved barrel and an upgrade of the ballistic calculator to reduce weight and improve accuracy,” the Marine Corps Combat Development Command told Military.com in July.