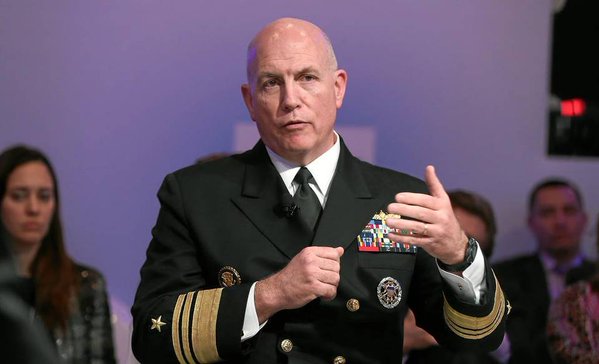 Vice Adm. Kurt Tidd was confirmed by the Senate last week as head of Southern Command and will assume his duties following a formal change-of-command ceremony on Jan. 14. He will receive his fourth star in a private promotion ceremony before the change of command.

Unlike other combatant commanders, the Southern Command’s senior officer most often will “act as the enabler” in working with other governments and American agencies as varied as the Drug Enforcement Administration, the FBI and the Centers for Disease Control, in dealing with issues from drug-trafficking to combating disease, Tidd said during Dec. 9 confirmation hearing.

Testifying before the Senate Armed Services Committee, he said most missions and operations in the command’s area of responsibility “won’t be a military end game.”

No nation in the region poses a direct threat to U.S. national security. The largest threats are narco- and human-trafficking by transnational organizations, and health concerns.

Using the flow of narcotics into the United States as an example, Tidd said in answer to a question, “All of the heroin coming into the United states is coming from countries south of our border.” The command has “got to illuminate it” for law enforcement to confiscate the drugs before they enter the country.

Equally important is reducing the demand for narcotics in the United States, Tidd said.

Chairman Sen. John McCain, (R-AZ), said, “Clearly, we’re not winning the war” on drug flow and cited earlier comments by Marine Corps Gen. John Kelly, the outgoing commander, to that effect before the committee and a Pentagon press briefing.

Tidd said he was aware that Kelly said 75 percent of illegal drug-trafficking passing through the command’s maritime domain makes it to the United States. Tidd said that actually “may understate the gravity of the challenge.”

Like Kelly, who is retiring, he acknowledged the command would continue to be under-resourced when compared with others, such as Central and Pacific Commands because operational demands and direct threat to the United States are greater in those areas.

He told the committee he is “as committed to be as candid and forthright” as Kelly in working with it.