The nominee for the Navy’s number two civilian post told the Senate Armed Services Committee on Tuesday that she shares its concerns with the cost overruns and delays in the delivery of the Ford–class nuclear aircraft carrier and was “open to all options” in considering alternatives. 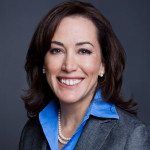 In answer to a question about problems with the General Atomics Advanced Arresting Gear on the Ford–class carrier at her confirmation hearing, Janine Davidson said that it was critically important in “making sure your advanced technology . . . is ready to go.”

Sen. John McCain, (R-Ariz.) and chairman, said, “To be honest we have not seen any progress” in controlling costs and speeding delivery of these ships.

With a year left in the Obama administration’s term in office, Davidson said the Ohio–class ballistic missile submarine was her top priority, as well as the Navy’s, and she would work with the panel in looking for ways to pay for it outside of the Navy’s regular shipbuilding budget.

In addition, she said she was committed to the Navy’s plan to build two Virginia-class submarines annually.

As to priorities, she said, “We have to reset and think about modernizing for the future” at the same time as the Navy and Marine Corps need to improve its readiness—starting with necessary maintenance.

Davidson said the nation was at risk of losing military dominance if the tight fiscal constraints on defense spending continue. She said she was “trying to determine what we mean when we say we’re accepting more risk” under those fiscal conditions.

In her opening statement, she said her goal, if confirmed, is “was to restore readiness across the Fleet” and sustain the United States’ military edge.

Davidson said the lack of a proper audit “exacerbates our problems” in gaining a true picture on program costs. She said that while the Navy department is making some progress in this area it has a long way to go.

Looking at personnel issues and streamlining, she said would “take a data driven approach” when looking at reducing staff sizes. Later, Davidson answered a related question by saying, “all our processes should be looked at” in terms of how they affect the warfighter.

She called suicides in the military “an absolute tragedy” and said the focus on prevention needs to come through continuing education of commanders, peers and chaplains.

Citing her own experience—being the first woman in the Air Force to fly C-17s in a combat role—Davidson said she would “absolutely NOT . . . lower standards” in opening all positions to women in the military even if only a few initially qualified.

As to whether women should be required to register for the Selective Service, she and the other nominees for service undersecretary posts said, “I look forward to engaging with you in that discussion.”

McCain said, while chuckling, “You all three have successfully dodged the question,” referring to Davidson and the two other nominees at the hearing.