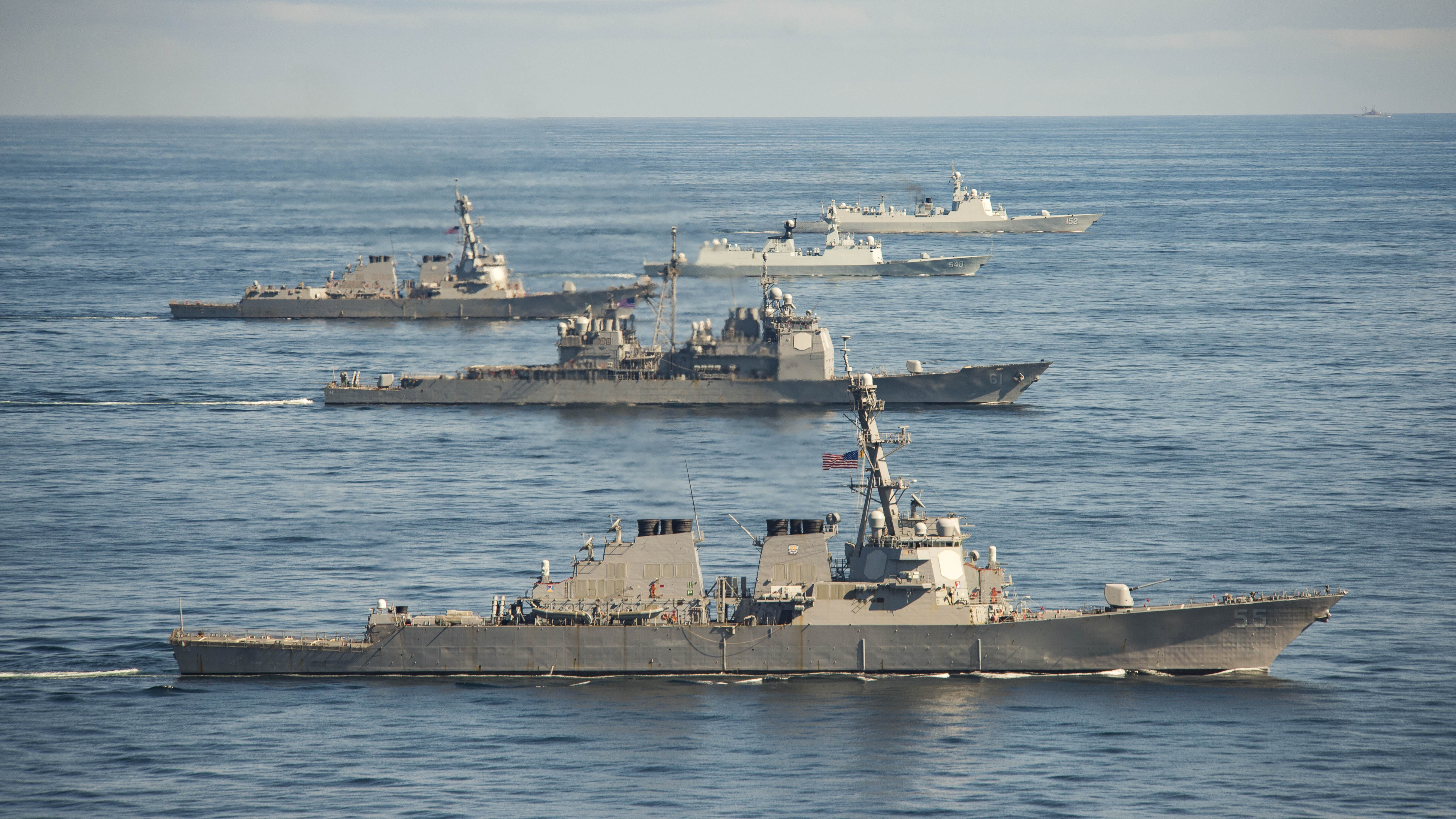 Three Chinese warships arrived at Joint Base Pearl Harbor-Hickam on Sunday for a multiday port visit and relationship-building event, the latest in a series of goodwill visits with Western navies.

“This routine port visit will give Chinese sailors an opportunity to interact with their U.S. counterparts and demonstrate parity and reciprocity between two maritime nations,” according to a Navy statement.

During the visit, American and Chinese sailors will tour each other’s ships and compete in sporting events. The Chinese ships’ leadership will be greeted by Rear Adm. John Fuller, commander of Navy Region Hawaii; Capt. Stanley Keeve, commander of Joint Base Pearl Harbor-Hickam; and Capt. Kevin Brand, commanding officer of Chosin.

That same trio of Chinese ships visited Naval Station Mayport, Fla., in October for a similar goodwill visit after completing several more in Europe. PLAN ships with Chinese midshipmen visited Pearl Harbor in October, and the Hawaiian base – a popular port call destination – has also hosted ships from Bangladesh and Japan in recent months.

Despite tensions between China and the U.S., particularly over activities in the South China Sea, the U.S. Navy has made a push for better communication with PLAN leadership. Former Chief of Naval Operations Adm. Jonathan Greenert met with his counterpart Adm. Wu Shengli five times this year alone, more than any previous CNO. Current CNO Adm. John Richardson, who took command in September, participated in a video conference between U.S. and Chinese naval leaders in October, shortly after the guided missile destroyer USS Lassen (DDG-82) came within 12 nautical miles of a Chinese installation on Subi Reef in the South China Sea during a freedom of navigation mission.

Greenert discussed the importance of these dialogues in October, saying “I think [Wu] recognizes that a growing navy is also one that has to be responsible. We have to learn to coexist in the South China Sea, the East China Sea and everywhere. He believes that miscalculation is one of our threats, and our fear is that we get kicked off into something we don’t want to.”

The Navy statement on the ongoing Pearl Harbor port call notes that “the U.S. Navy is committed to continued engagement to improve mutual understanding, build trust, enhance transparency, and reduce the risk of misperceptions and miscalculations.”