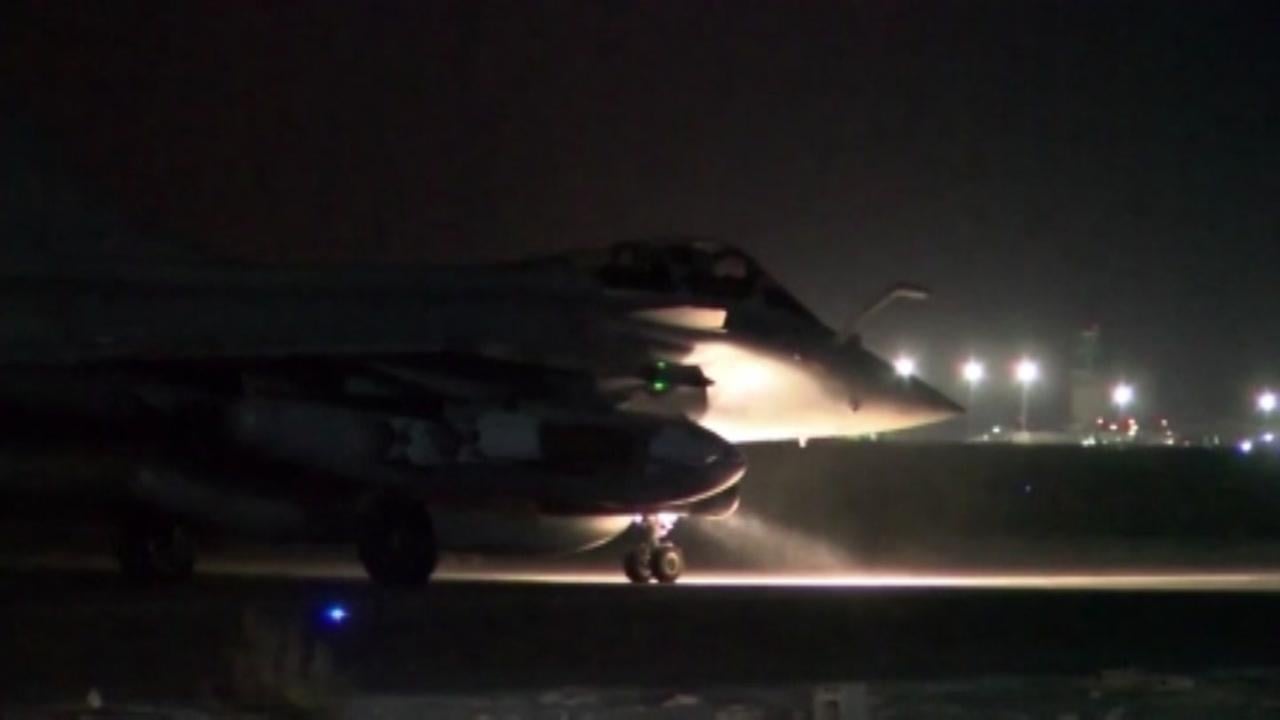 The desire for some expressive use of military power to release pent-up anger in France and the Western world in response to the latest terrorist attack in Paris is reaching a new level. France responded with strikes against Islamic State in Iraq and Syria (ISIS, ISIL and also called Daesh) targets over the weekend.

While tactically effective, this is just more of same type of attack that coalition forces execute every day in this region. Herewith an attempt to objectively examine the strategic risks and rewards for turning up the heat on Daesh. The lens of history, and the timeless truths of strategy, are used as guides.

The war theorist Carl Von Clausewitz was a staunch advocate for the concentration of force to defeat the enemy. Clausewitz also advised that in wars where enemies are “of very unequal strength” victory and/or peace can be achieved by first creating “the improbability of victory”; the second condition is establishing the war’s “unacceptable cost.”

The fact of the matter is that NATO’s full military potential has been restrained in the fight against terrorism in all of the post-911 wars. There are good reasons why this was the case in the nation-building battle for hearts and minds in Afghanistan and Iraq (2003-2010), but the context and conditions for fighting Daesh are different, and the type of operations and tactics should therefore be reconsidered.

In the early years of World War II the U.S. Army Air Forces was committed to precision bombing and made every effort to avoid civilian targets. Even the newsreel footage of the famed April 1942 Doolittle raid on Tokyo reminded viewers that “the American bombers were careful to avoid schools, hospitals, and civilian targets.” Likewise, the 8th Air Force in England persisted in its efforts to conduct precision daylight bombing against Germany even when the losses to American aircraft and crews to German air defenses were staggering.

Then, as now, Western culture drove this “humane” approach to warfare. It was only after years of bitter warfare against an intractable enemy, that the United States joined the British in resorting to massive fire-bombing raids that burned dozens of Japanese and German cities to the ground. Are we today at a similar juncture in a smaller scale, but against a no less intractable enemy?

It is noteworthy that those massive air raids alone did not win the war, but they succeeded in making large swaths of enemy territory unlivable. The cost was appalling—tens of thousands of people perished in the firestorms. But on the strategic level, the result of the massive bombing raids destroyed the morale of average citizens, created enormous internal problems for the enemy governments, and as a result many turned against their military and political rulers.

What is different about Daesh, when compared with al Qaeda and other terrorist organizations, is that it claims to be a state. In its occupied territories it is attempting to function as a government and offer services needed by the populations that have fallen under their rule. No other country recognizes its self-declared state, but that is immaterial to the fact that it serves as the epicenter for terrorist operations.

Carpet bombing Daesh’s capital city, Raqqa, would demonstrate the full potential of NATO airpower, and take away the currently declared capital of the caliphate. Most important, the action abides by Clausewitz’ time-tested advice, raising the cost and making victory improbable for Daesh. A secondary effect, to those supporting or at least tolerating Daesh, is the clear message it sends: Daesh cannot protect you. If history serves as a guide, popular resistance to Daesh and rejection of its ideology will grow as more of Daesh-controlled man-made objects are turned back into rocks and minerals.

The counterarguments to this shift in tactics are many. Perhaps the most important one at the strategic level is the recognition that Daesh’s strategic center of gravity is not a place, or an army; rather, it is the idea of restoring the caliphate. It is not likely that Daesh will furl its black flags and go back to the farms and families if we turn their occupied lands into rubble—but it will find it very hard to find a place to call home.

In the Revolutionary War, the British learned the difficulty of fighting the idea of the “Glorious Cause.” More recently, the United States has spent the past 15 years confronting the ideology of the Taliban in Afghanistan and it’s not dead yet. So, even when cities under Daesh control are turned to rubble, the dream of the restored caliphate will live on in the hearts and minds of true believers. But the consequences of supporting that idea will push Daesh’s remnants far to the fringes, where neo-Nazis, Stalinists, and other extremists are forced to live by a world that violently opposes their views.

By unleashing the full power of NATO’s air forces the West can demonstrate that there is a high price to be paid for giving sanctuary to those tolerating or supporting Daesh forces. The strategic message delivered by B-52s and other NATO platforms is that the presence of Daesh will not just result in carefully planned surgical strikes using the smallest warhead needed to achieve the desired result; rather, these new tactics would mean that supporting or tolerating Daesh puts your entire city at risk of being destroyed. Admittedly, it’s a grim proposal, but there is a case to be made that our current strategy is not achieving the desired political objective.

The reported death of the notorious terrorist “Jihadi John” on Friday, and then Daesh’s leader in Libya, Abu Nadil, on Saturday (13-14 November) prove once again that unmanned aerial vehicle (UAV) strikes can score tactical victories, but as with al Qaeda and the Taliban, Daesh has proved resilient despite the attrition of leaders and countless foot soldiers. If in fact the majority of Daesh is “contained” in its self-proclaimed state, the state can then be held accountable for the terrorist actions they are sponsoring around the world. NATO has the capability to make the probability of a Daesh victory impossible by making the cost truly unacceptable.