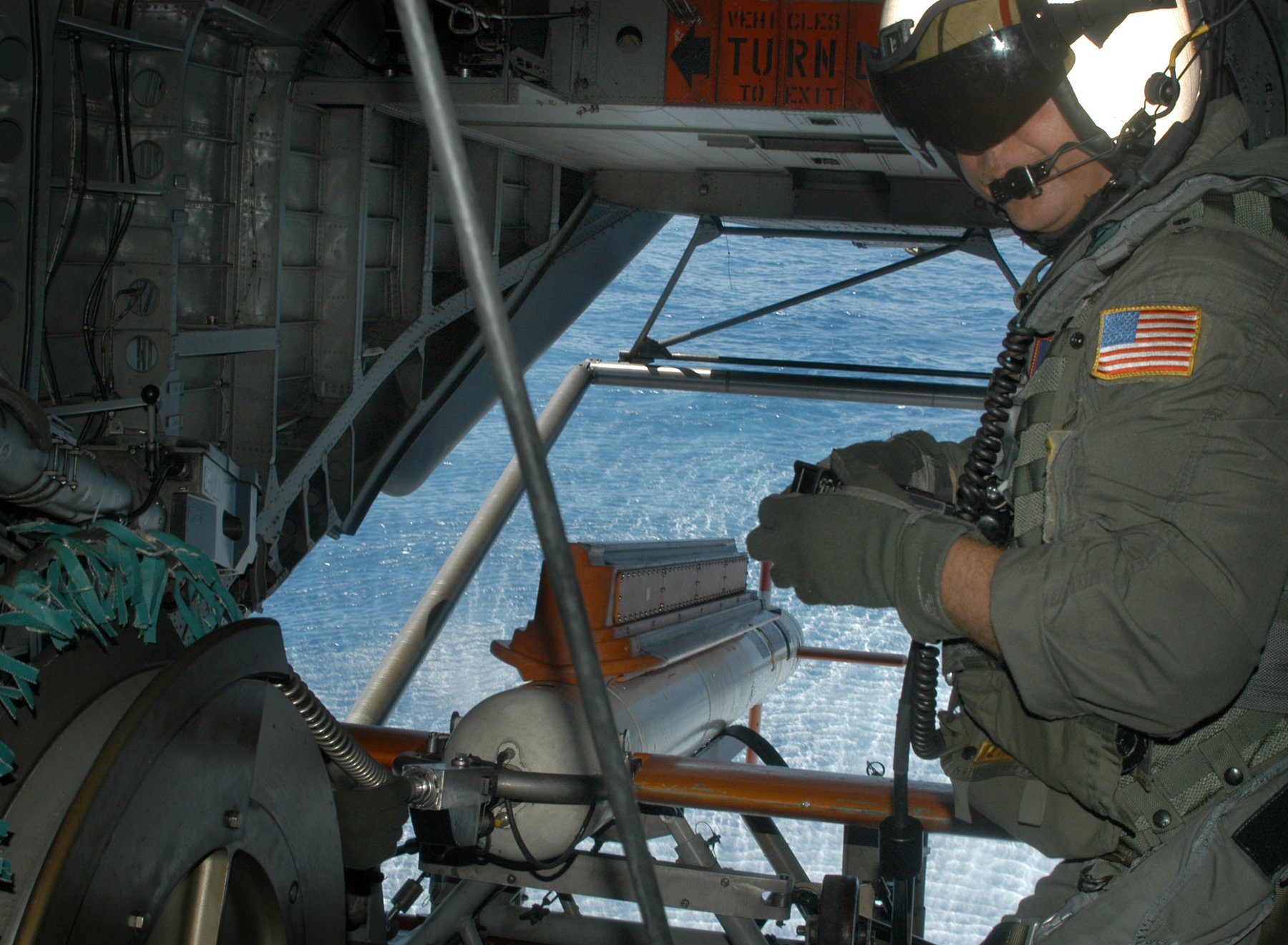 Aviation Electrician’s Mate 2nd Class Tony Lio maneuvers an AQS-24 mine locator during a mine countermeasure operation during the Rim of the Pacific 2004 exercise. US Navy photo.

The Navy’s helicopter-based mine countermeasures fleet will receive two separate upgrades in the coming years, one to address obsolescence and reliability issues in the legacy AN/AQS-24A system and one to add volume search capability.

The program office is preparing 27 upgrade kits to convert the system to the AN/AQS-24B, which will feature improved speed and capability though the addition of High Speed Synthetic Aperture Sonar side scan arrays and obsolescence fixes, according to presentations from Kirkendall and Paul Lluy, deputy director of air warfare (OPNAV N988) who spoke at a separate Mine Warfare Association event on Nov. 3.

Even before fielding the upgrade kits, Kirkendall’s mine warfare program office began working on a second upgrade, the AN/AQS-24C, which came in as an urgent operational need from the fleet. The upgrade adds iPUMA sonar for volume search, according to Lluy’s presentation.

Kirkendall said the AN/AQS-24C would undergo its critical design review “very shortly” and then begin procuring units for testing in September 2016. After the testing wraps up, Kirkendall said the Navy would procure the remaining units, and Lluy’s presentation notes that fielding would take place in Fiscal Year 2018.