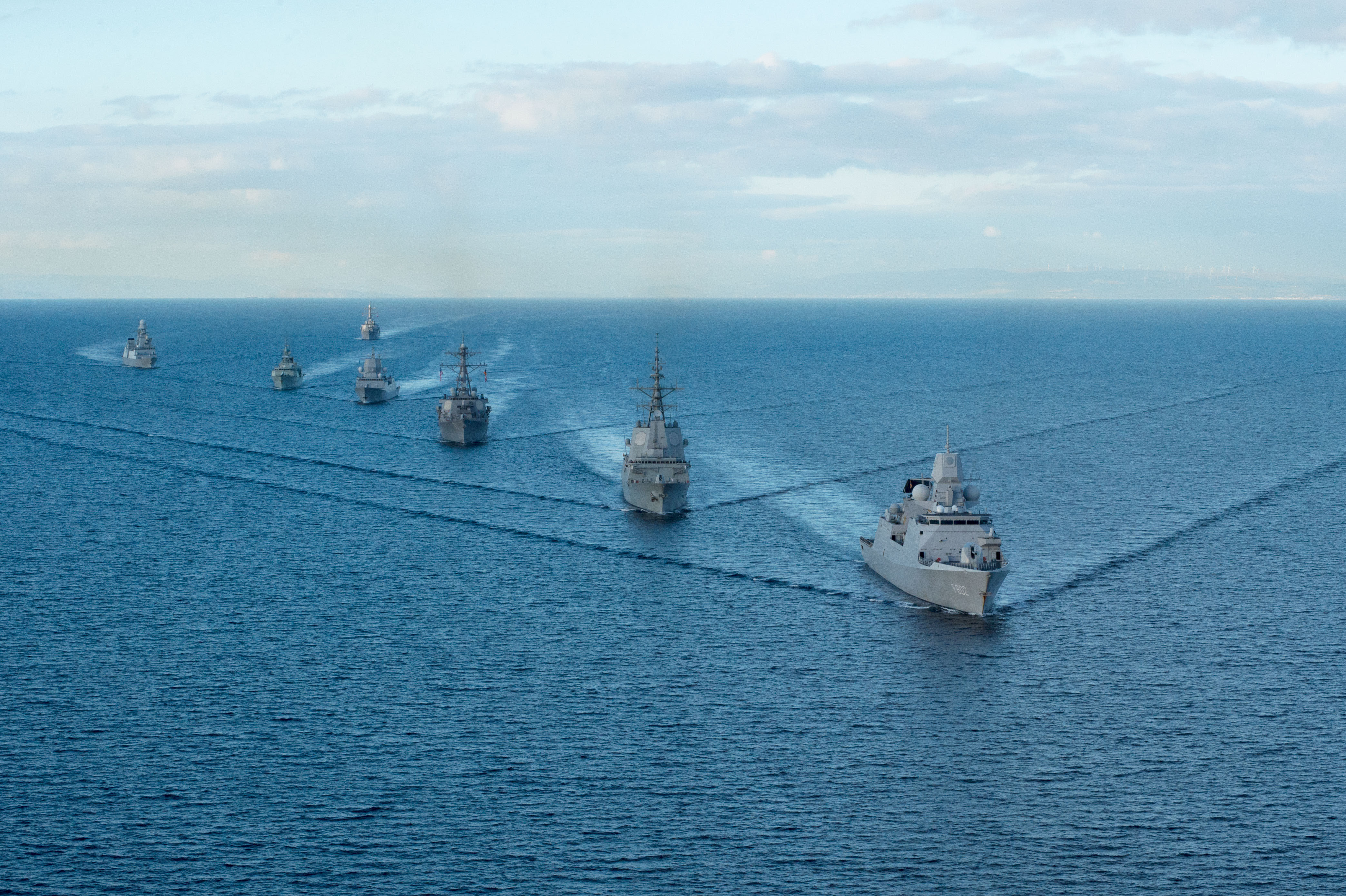 This post has been updated to reflect additional information regarding the roles of each ship during the live fire exercise.

The Maritime Theater Missile Defense (MTMD) Forum’s Integrated Air and Missile Defense At-Sea Demonstration this week will help Aegis Combat System developer Lockheed Martin validate how well coalition forces’ platforms can work together in the real world and discover any improvements that may need to be made to the system.

Nine countries are in the midst of a three-week integrated air and missile defense (IAMD) exercise, and the biggest event took place on Oct. 20 – the the simultaneous tracking and interception of a ballistic missile and cruise missile threats to coalition forces using several navies’ assets.

Mary Keifer, Lockheed Martin’s Aegis in-service and fleet readiness program director, told reporters Oct. 21 that the ballistic and cruise missile engagement was the third of four ballistic missile launches during the three-week exercise, with each launch testing “different link architectures or network arrangements of who is connected to whom and how data is distributed.”

In an earlier portion of the exercise, though, the Spanish frigate sent cuing data directly to Ross rather than using a shore-based intermediary.

Keifer told reporters that the variety of networking arrangements helps the U.S. Navy, Missile Defense Agency, Lockheed Martin and others understand just how interoperable the system is and if there are any flaws that need to be addressed.

“A lot of what we will learn out of these exercises is after we take a look at the data that’s been recorded,” she said.
“We will take data from the various ships that were engaged, were involved in the exercise, we’ll take a look at the information they received over the network, validate the fidelity of that data and the timeliness of that data. So a lot of the what we learn comes months after.”

She noted that “what we did see was that, in terms of real-time during the engagement, the ships that were involved had situational awareness from each of their sensors and through the datalink connectivity that they had.” That said, Keifer added that “sometimes through looking at the data we’ll find that things looked good but it might be that there was an opportunity where things might not have looked good. It helps us identify where there are potential hazards in the future that we could correct.”

In addition to providing data to support future decisions by Lockheed Martin to fix flaws or expand the capabilities of Aegis Combat System, the exercise was also useful in demonstrating how easily the Aegis Combat System can be upgraded to include ballistic missile defense capabilities. Keifer said only 29 American and four Japanese ships have the full Aegis BMD capability, but Lockheed Martin worked with the Spanish Navy to partially upgrade Almirante Juan de Borbón for the at-sea demonstration.

Building off of previous work with Spain – in 2007 Lockheed Martin demonstrated a carry-on/carry-off temporary solution to help Spain’s Aegis-equipped ships track ballistic missiles – Keifer said the company again worked with Spain ahead of the demonstration to do an ad hoc upgrade in the hopes that Spain may upgrade its Aegis ships to the BMD version.

“In this instance we did a similar modification to the radar as well as a very simple [software] modification to allow them to transmit that track data over the link,” she said.
“I wouldn’t call it a complete implementation of BMD by any means, but it was an opportunity to show the infrastructure and the basic capabilities are not beyond reach for Spain.”

The exercise will continue throughout the rest of the month, with a final ballistic missile launch that will involve eight participating militaries’ platforms tracking the threat. Several more anti-air warfare scenarios are scheduled for the remainder of the exercise.