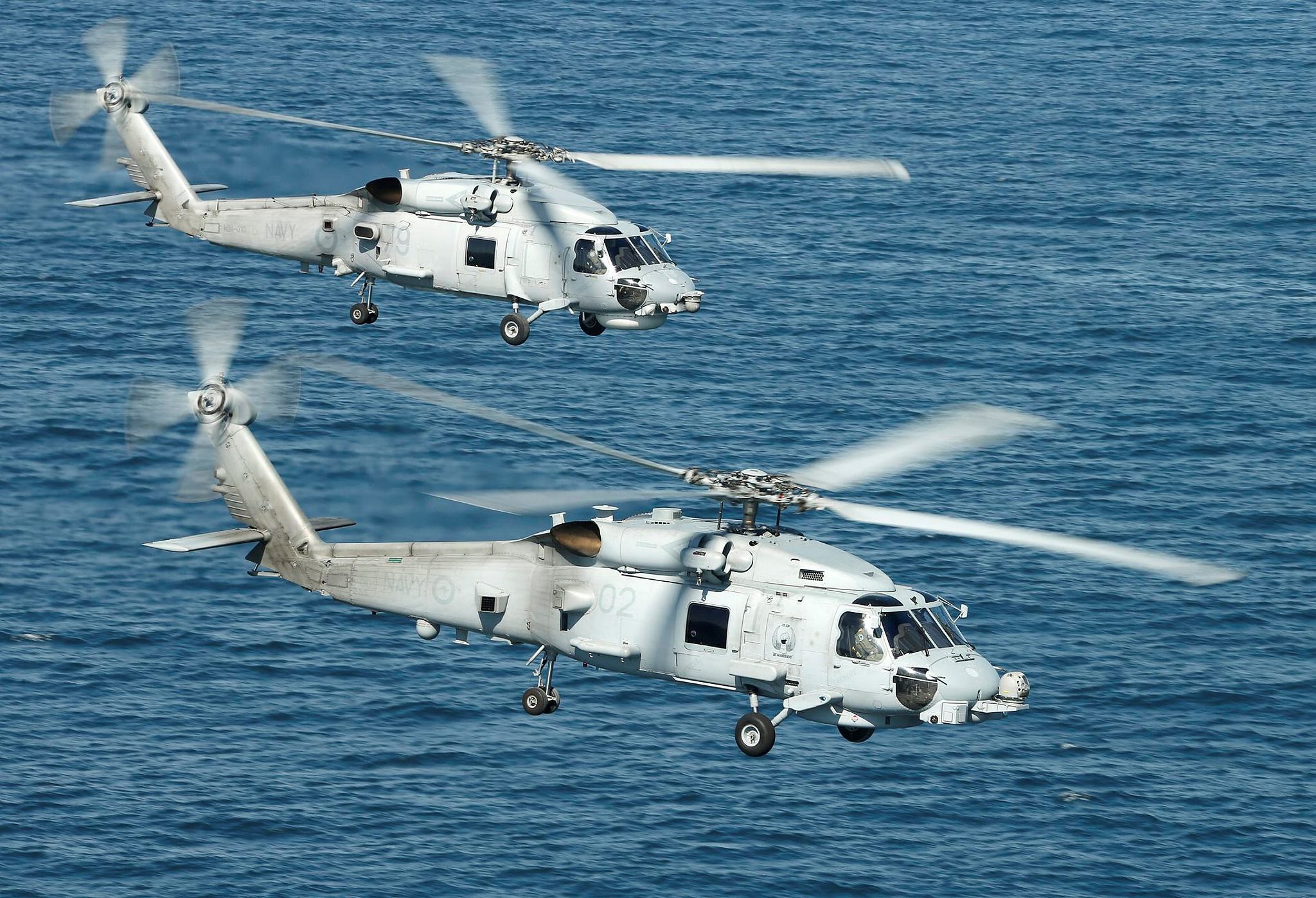 The Royal Australian Navy (RAN) has hailed the integration of the Lockheed-Martin/Sikorsky MH-60R Seahawk into the service’s Fleet Air Arm as the multirole naval helicopter achieves initial operating capability there.

Giving an program update at the inaugural Navy Aviation Symposium in Sydney, Australia, Commodore Vincenzo Di Petro, Commander of the Fleet Air Arm called the program to introduce the MH-60Rs—known as Romeos in RAN service—“amazingly successful” and pointed to the dedicated in-country training and operational support capacity as a “cataclysmic change for the better.”

Acquired as a project of urgency under the $2.34 billion Air 9000 Phase 8 program for a naval helicopter capable of performing the anti-submarine warfare (ASW) and anti-surface warfare (ASuW) roles, Australia ordered 24 MH-60Rs in 2011 with deliveries starting in 2014.

The Romeos will replace the RAN’s S-70B-2 Seahawk in the ASW and the ambitious, but ultimately abandoned program to introduce the Kaman SH-2G Super Seasprite in the ASuW role.

Di Petro confirmed that 14 of the 24 Romeos ordered have been delivered to date, with 13 in-country and one aircraft remaining at Naval Air Station Jacksonville, Fla., as a trials aircraft for a number of Australian-specific modifications. The last Australian aircraft is already in production, with Lockheed-Martin confirming that it will be delivered in mid-2016.

The RAN has stood up 725 Squadron at Nowra, New South Wales, as the dedicated training squadron for the Romeos. As the RAN gradually draws down its fleet of 16 S-70B-2 Seahawks serving with 816 Squadron leading up to the type’s planned withdrawal in 2018, the squadron will at the same time equip itself with the Romeo and take over operational responsibilities with the type.

The RAN has built a modern purpose-built simulator and maintenance facility in Nowra that is now operational, which was described by Commodore Colin Lawrence, director general of Navy Aviation Systems in the RAN as “phenomenal.” The full MH-60R Seahawk Romeo training system includes two full-motion flight simulators and a wide range of sophisticated maintenance trainers, and will give the RAN the capability to train most of the required maintenance competencies on the aircraft onsite.

Lawrence also touched on the yearlong deployment of an initial cadre of 112 Australian personnel to NAS Jacksonville prior to the initial delivery of the Australian aircraft. According to Lawrence, the experience was a success, with the Australians being able to “fast-track a lot of our learning on this aircraft by operating right next to the U.S Navy squadrons, and somewhat being held to account to operating at the pace they operate at.”

725 Squadron attained initial operating capability (IOC) with the Romeo in September. This follows a successful four-month deployment on board the ANZAC-class frigate HMAS Perth to Southeast Asian waters, which saw the embarked MH-60R available every day of the deployment. A second frigate, the HMAS Warramunga will undertake a deployment in 2016 with a MH-60R on board.

In Australian service, the MH-60R’s primary armament in the ASW role will be the Raytheon Mk.54 Lightweight Hybrid Torpedo. For ASuW operations the RAN has cleared the type to operate the Lockheed-Martin AGM-114N Hellfire air-to-ground missile, with the first live firing in Australia scheduled to take place sometime in early 2016.