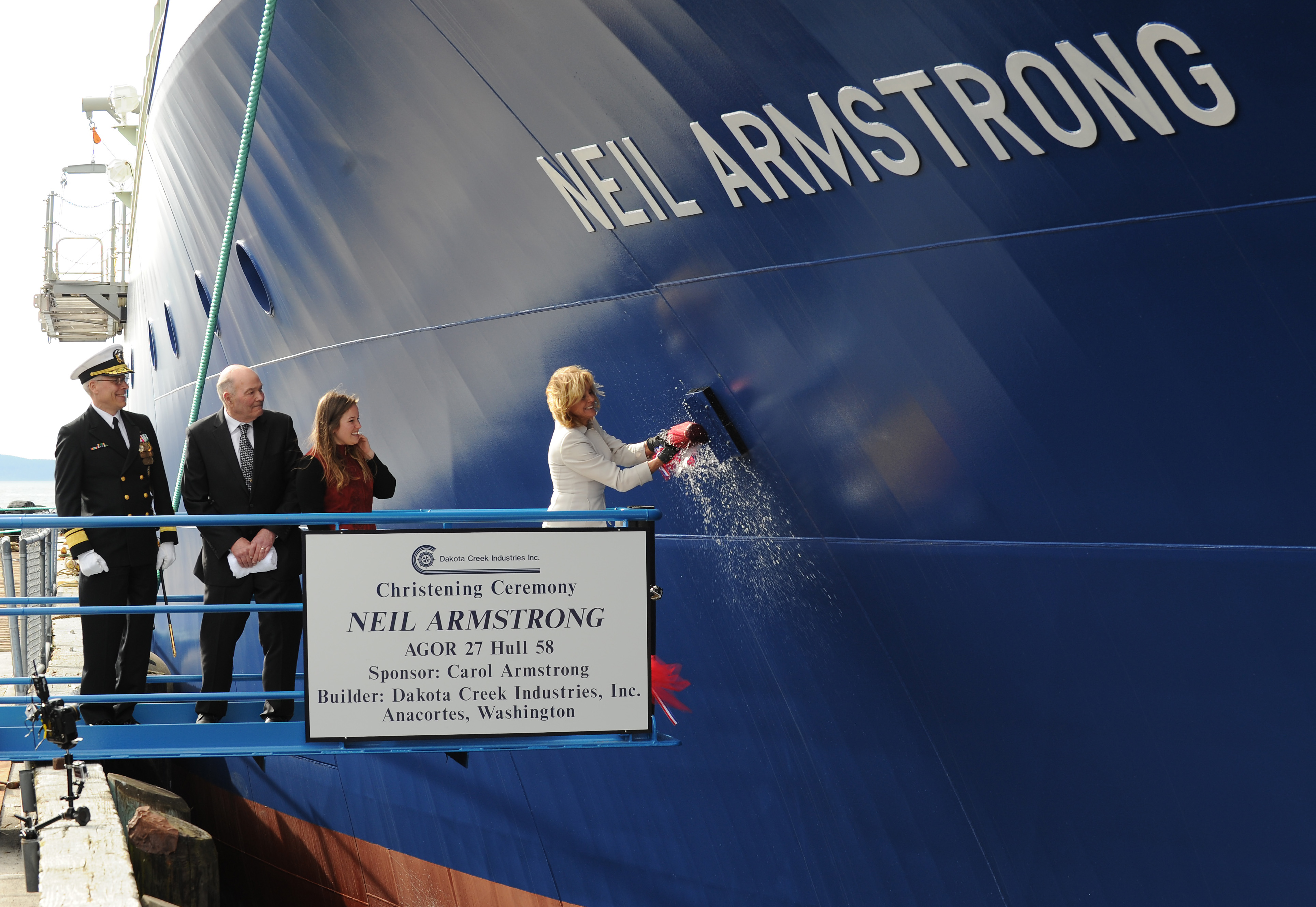 The ship is the first of two in its class and features a single-hull 238-foot-long commercial design, with room for a crew of 20 and as many as 24 scientists. Neil Armstrong and its sister ship, R/V Sally Ride (AGOR-28), will conduct coastal and deep ocean research with oceanographic research organizations under charter agreements. Neil Armstrong will be operated by researchers with Woods Hole Oceanographic Institution, and Sally Ride will collaborate with scientists at the Scripps Institution of Oceanography at University of California San Diego – where Ride worked as a professor and scientist during her career.

“The delivery of this superb ship, R/V Neil Armstrong, is a testament to the tremendous teamwork and shipbuilding efforts of the Navy/DCI team, especially when considering this was a first-in-class hull from a shipbuilder without previous Navy experience,” Mike Kosar, program manager for Support Ships, Boats, and Craft in the Program Executive Officer for Ships, said in a Navy statement.
“AGOR 27 will provide significant capabilities in support of research efforts across the world and throughout the marine science community.”

For Woods Hole, this new research vessel will replace R/V Knorr, which the institution has operated since 1970. According to Woods Hole’s website, “WHOI will contribute $350,000 annually toward the operation and maintenance of Neil Armstrong. In exchange, its scientists will receive preferential access to the ship schedule for about ten days a year.” During its research days, Woods Hole hopes to research the relationship between the North Atlantic and Arctic oceans and global climate.