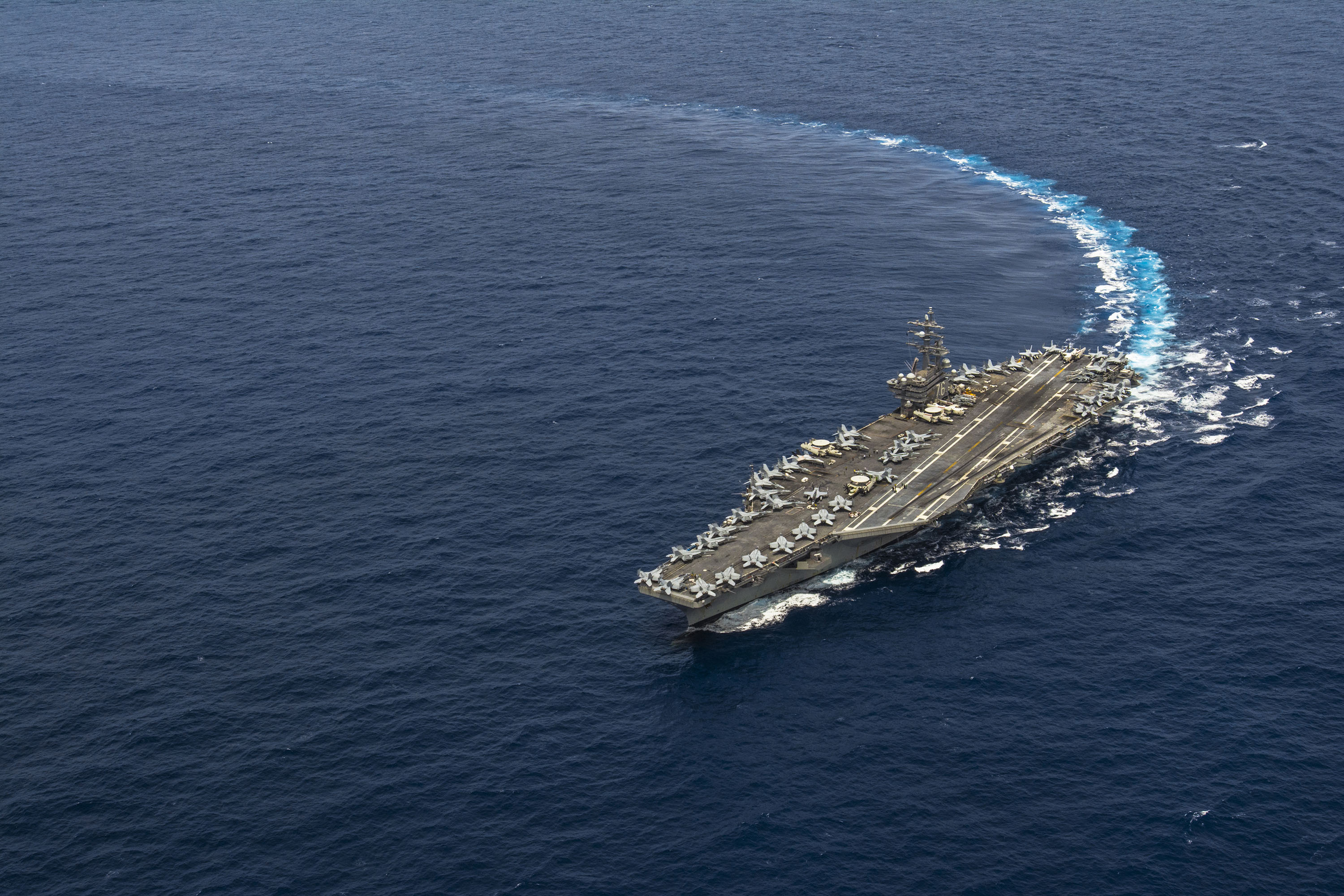 USS Ronald Reagan (CVN-76) transits the Pacific Ocean toward the U.S. 7th Fleet area of responsibility to serve as the Navy’s only forward-deployed aircraft carrier on Sept. 19, 2015. US Navy Photo

The Navy’s Japan-bound carrier — part of an elaborate three nuclear carrier swap — has entered the Western Pacific, the service announced over the weekend.

“Ronald Reagan’s forward deployment to 7th Fleet demonstrates the U.S. commitment to the region and our allies,” said Rear Adm. John Alexander, commander, Battle Force 7th Fleet, said in a statement.
“It reiterates the importance of the U.S. Navy and Japan Maritime Self-Defense Force interoperability, and ensures we have the most capable platform forward when it matters, where it matters.”

The carrier departed San Diego, Calif. on Aug. 31 as part of a three-ship-shuffle that moves Washington to the East Coast to undergo a mid-life refit and refueling and moves USS Theodore Roosevelt (CVN-71) from Naval Station Norfolk, Va. to take the place of Reagan.

As part of the swap the crews of all the carriers will largely stay in place while the ships move.

“Approximately two-thirds of each crew will remain in their original homeport while one-third will remain with their ship, including reactor department personnel and aircraft carrier commanding officers, executive officers and command master chiefs,” read a Navy statement.
According to estimates from the Navy, the swap will save the service about $41 million in moving expenses for the crews.