LONDON – Years of political wrangling over a design and build strategy for the Royal Australian Navy’s future submarines may at last be nearing a conclusion, according to the country’s former submarines procurement chief.

David Gould, who was general manager of submarines at Australia’s Defence Materiel Organisation (DMO) from 2012 until this July, said he hoped a design partner would be selected “by the end of the first quarter of 2016”.

Three shipbuilders are vying to lead the program to replace the RAN’s six Collins-class submarines – DCNS of France, ThyssenKrupp Marine Systems from Germany, and Japan’s Mitsubishi Heavy Industries – and are currently submitting detailed bids under a competitive evaluation process. Data collection should be completed by the end of November, Gould told an audience at the DSEI defense exhibition in London this week. 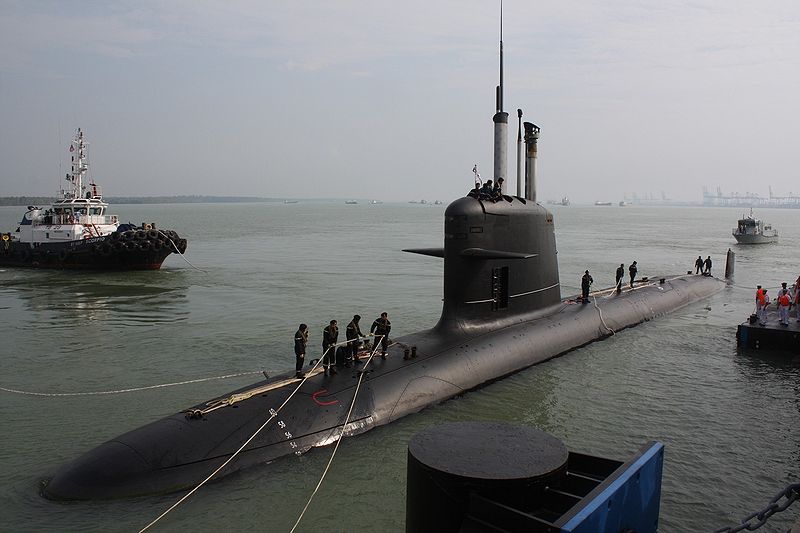 Planning for a new class of 12 diesel-electric submarines under the SEA 1000 program – what will be Australia’s biggest military procurement program to date – began as early as 2007. In 2009 the government said the base design would be chosen in 2013 and that detailed design work would be finalized by 2016, allowing the state-owned ASC yard in South Australia to complete the first boat before the Collins class begins decommissioning in 2025.

However, with politicians seemingly terrified of repeating the technical problems that have blighted the existing submarines, which entered service from 1996 to 2003, decision-making on SEA 1000 has been tortuously slow or even non-existent. As a result, a white paper slated for release in November is expected to reduce the number of new boats from 12 to eight, with the first of them unlikely to enter service before 2030.

Since 2013, however, the DMO has made some progress. The program developed the engineering tools, design brief and an illustrative pre-concept design for the future submarine, Gould said. And two key components – the U.S.-designed AN/BYG-1 combat management system and Mk 48 heavyweight torpedo – have been agreed on. 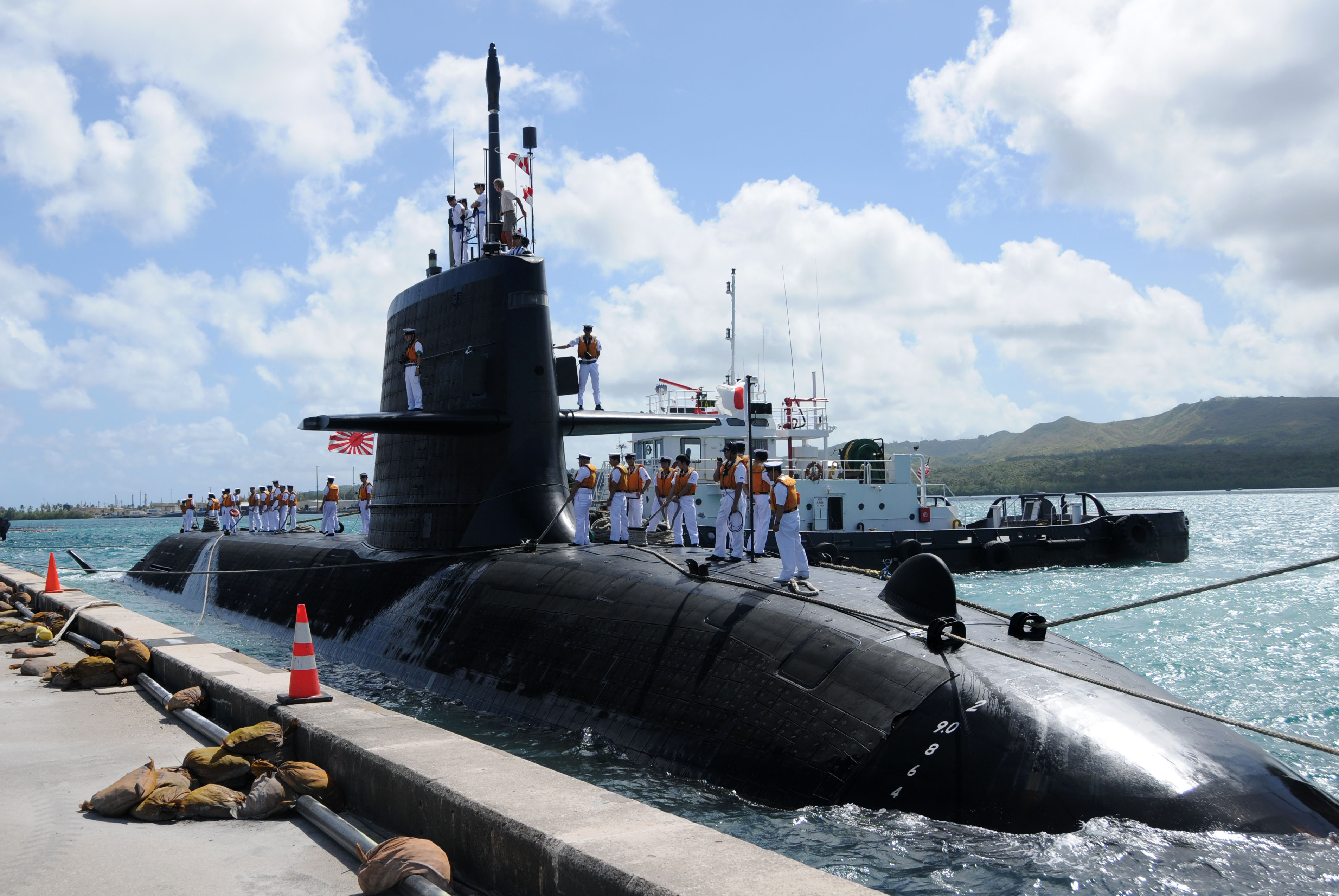 Japan’s Mitsubishi Heavy Industries has proposed its Soryu-class submarines as the replacement for Australia’s Collins-class boats. US Navy photo.

Gould, who is now a consultant, said SEA 1000 should aim to achieve the range and endurance specifications that the Collins class was intended to meet, without pushing it any further. With the new boats expected to serve into the 2070s, future-proofing will require sensor performance and stealth characteristics that are superior to Collins.

“We also need something that is a lot more maintainable and a lot more reliable” than Collins, he said. Measuring 254 feet in length and displacing 3,100 tons (surfaced), the existing boat is an enlarged and heavily modified version of the Vastergotland-class Type 471 submarine – only 160 feet and 1,100 tons – that was designed by Swedish shipbuilder Kockums in the early 1980s.

The vastness of the oceans surrounding Australia means that the operating profile of RAN submarines is of a different order of magnitude to the diesel-electric boats that equip most European navies.

A typical deployment will require a RAN submarine to “basically disappear for 55 days or so. … That is not far from what you’d expect an SSN to be doing, so it’s quite a big engineering challenge,” Gould said.
“For that length of mission you need a bigger crew, and that’s a further addition to the challenge.”

Although the new submarine would have to displace at least 3,000 tons, experience with Collins has shown that up-scaling brings its own problems.

“A particular one is surface stability, something that was just not understood by the Swedish designers,” Gould said.
“Operating in the Southern Ocean [is] not like operating in the Baltic; when you’re near the surface life is going to be very uncomfortable if [the submarine] hasn’t been designed properly.”

“You need to bear in mind, particularly if you’re used to designing submarines for a low salinity, low temperature Baltic or north Atlantic, that tropical conditions do funny things to steel, and that’s one of the reasons why Collins has been particularly difficult to maintain,” he added. 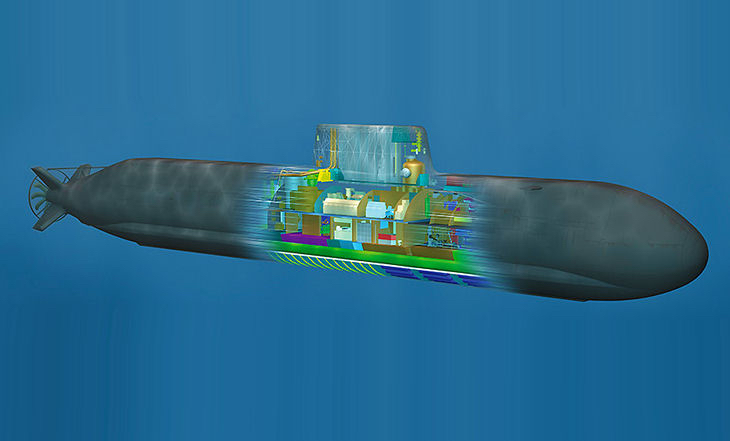 DCNS, TKMS and Mitsubishi were selected for the competitive evaluation process “because they have a continuous history of submarine design and build, uninterrupted”, he said. “If you interrupt the process of design and build, even for 10 years, you forget what it was you didn’t know, and you relearn it when you do the next submarine, and that can lead to a lot of trouble,” Gould said.
“We’ve had an enormous amount of help from the U.K. and U.S., but neither would commit their industry to being the design and build partner for Australia’s future submarine.”

The question of where to build the new submarines is also vexing politicians, conscious of the need to maximize employment opportunities for Australians. Three options are on the table: overseas build at the designer’s own yard; all-Australian build; and a hybrid solution, with boats built onshore and overseas.

“I think we have a robust and resilient way forward now for SEA 1000,” he continued.
“I think it’s resilient to most political change, [but] unless there’s significant Australian industrial participation, maintaining strong political support over the length of a program like this could be really difficult.”