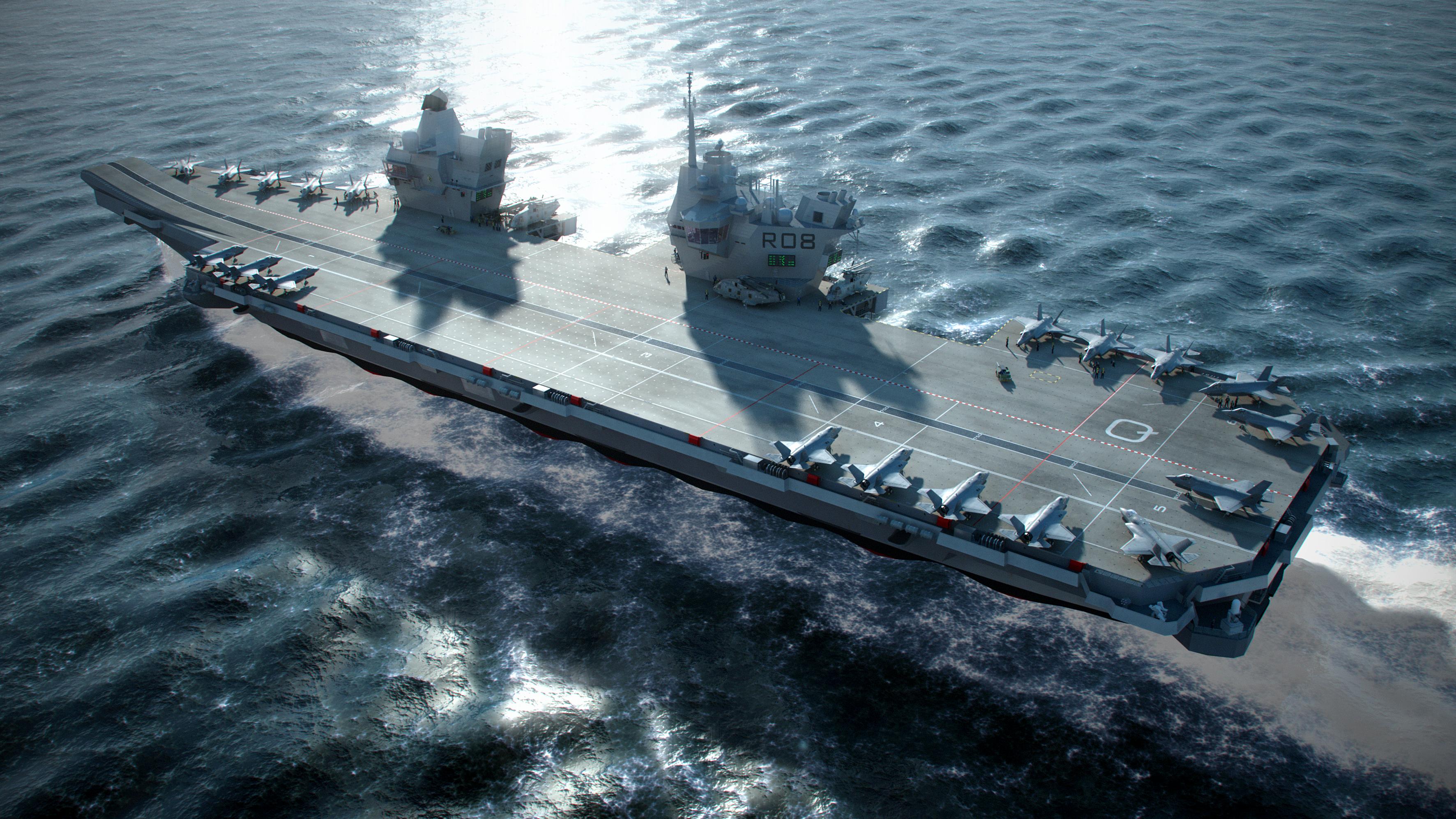 Rear Adm. Keith Blount, who is responsible for delivering the two 65,000 ton ships, said that using Marine aircraft and pilots to bolster the U.K.’s nascent carrier strike capability would be a natural extension of coalition doctrine.

“We are forever operating with allies and within coalitions. It’s the way wars are fought”, the Assistant Chief of Naval Staff (Aviation, Amphibious Capability and Carriers) and Rear Adm. Fleet Air Arm told an audience at the DSEI defence exhibition in London on Wednesday.

“In order to get the best out of [the U.K. carrier program] we have to be able to situate it in a coalition context. That could mean that we operate with an American ship as one of the protecting escorts”, Blount said.

While Blount painted the co-operative arrangement in positive terms, it will disappoint critics who believe the U.K. government should provide the R.N. and Royal Air Force (RAF) with sufficient resources, in both aircraft and manpower, to regenerate the country’s carrier air wings independently.

Each of the 284 m-long carriers, fitted with a ‘ski jump’ bow ramp instead of the catapults and arrester wires once planned, will accommodate up to 40 aircraft: short takeoff/vertical landing F-35B strike fighters, helicopters, or a blend of fixed-wing and rotary tailored to the mission in hand.

Britain took delivery of its first Lightning II aircraft in 2012 and currently has three; the fourth is due to roll off Lockheed Martin’s Fort Worth production line in January 2016.

“We have people in America now flying these jets”, said Blount, who disclosed that the RN had recently recruited its first ab initio F-35B pilots.
“The first frontline jet they will ever fly in will be the F-35 … that’s how close we are getting to this.
“When I was at Edwards Air Force Base quite recently I met 140 sailors and an equal number of RAF personnel that are in the testing and evaluation squadron to bring this aircraft online. This is genuinely exciting stuff, and this aircraft is a world beater for what it is designed to do – an exceptional platform.”

Britain’s F-35Bs are scheduled to arrive at Marham Air Base in eastern England in mid-2018, achieving initial operating capability by the end of that year. A deployable U.K. carrier strike capability should be ready by late 2020.

Blount said he was also “very excited” about the opportunities presented through Joint Helicopter Command to operate Apache, Chinook, Merlin and other helicopters from the Queen Elizabeth class.
“Getting rid of the cats and traps actually makes this a far simpler proposition, and one of the reasons why this capability is so versatile and useful to us,” he added.