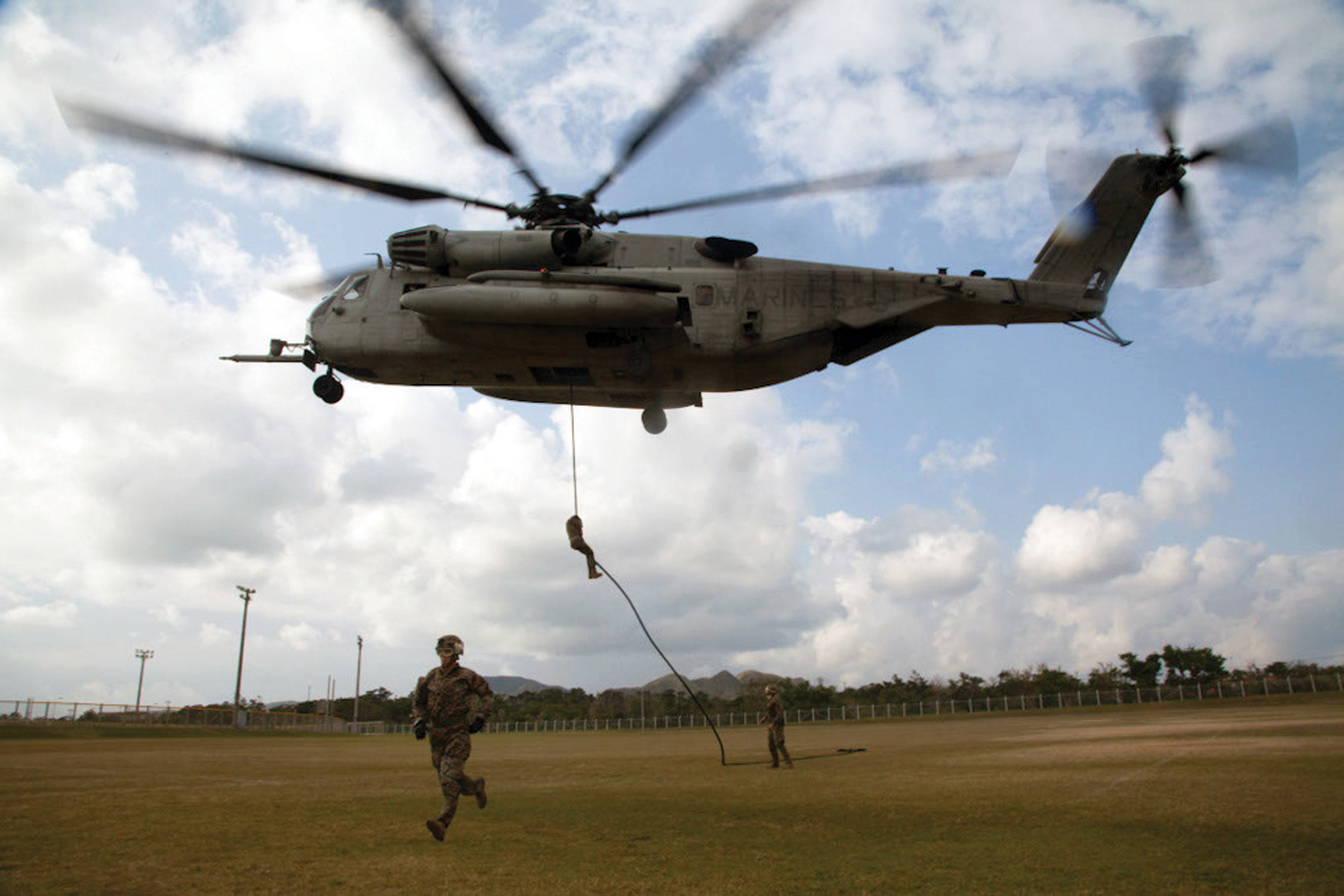 Marines with the 31st MEU fast rope from a CH-53, similar to training conducted at Camp Lejeune before Wednesday’s hard landing. US Marine Corps Photo

A Marine that was killed during a the hard landing of a Sikorsky CH-53E late Wednesday at Camp Lejeune, N.C. was identified on Friday.

The HRST training teaches Marines to fast rope and rappel from everyone of the services helicopter. Lewis was inside the Super Stallion during the hard landing.
“[HRST] requires the highest caliber Marine, with the dedication and courage

to take on the challenge as Staff Sgt. Lewis did,” said Col. Jeffrey Kenney, officer in charge of the Expeditionary Operations Training Group during a press conference at Camp Lejeune.

The Marines are now conducting an investigation into the Super Stallion’s hard landing.

The following is the complete Sept. 4, 2015 statement from II MEF.

“We are deeply saddened at the loss of one our students and fellow Marines,”
said Col. Jeffrey Kenney, officer in charge of the Expeditionary Operations
Training Group during the press conference today. “Our thoughts and prayers
are with his family and friends as we all mourn this tragic loss of life.”

Throughout his career, Lewis deployed with the 11th Marine Expeditionary Unit,
served in Bahrain, and served aboard the USS Rushmore.

“[HRST] requires the highest caliber Marine, with the dedication and courage
to take on the challenge as Staff Sgt. Lewis did,” Kenney added.

II Marine Expeditionary Force stands with Lewis’ family in support as we mourn
the loss of our brother.