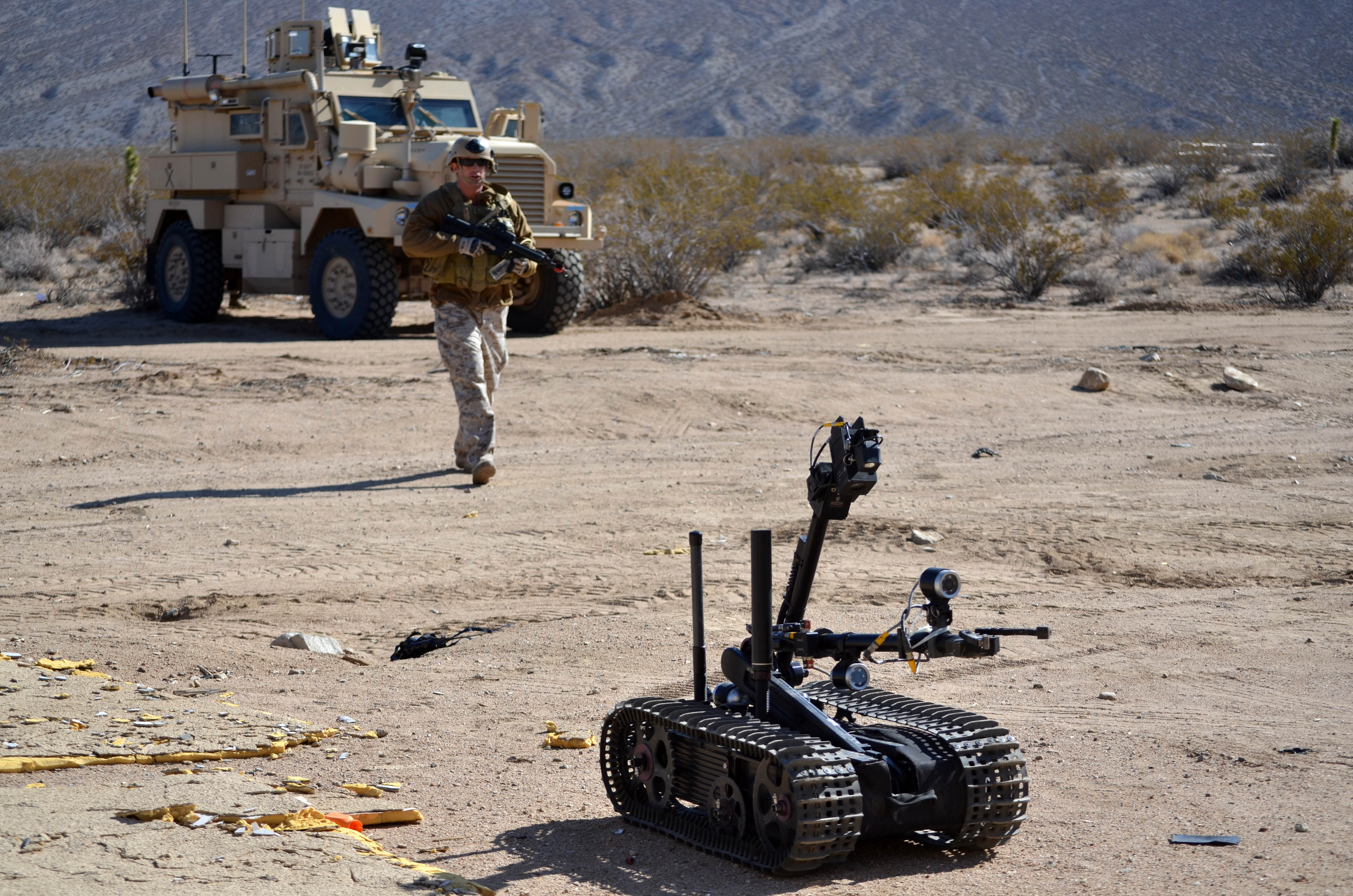 This post has been updated to include additional information from the Navy regarding the fielding timelines of all three AEODRS variants.

The mid-sized tactical operations variant is meant to be transportable by truck and carried by two EOD technicians as needed. This variant will replace the EOD Man Transportable Robotic System that went into full-rate production in 2005, according to a NAVSEA statement released today.

The dismounted operations variant is meant to be transported in a backpack for reconnaissance missions. Small EOD detachments integrated with special operations teams could be a key user of this technology, for example.

And the largest system, the base/infrastructure operations variant, would be transported via trailer. Its primary missions include “maximum load/lift capabilities and the widest-range of EOD neutralization, render-safe, and other special capabilities,” according to the Navy release.

The original idea behind AEODRS was to create a family of robots that leveraged open architecture designs so the latest technologies to find and neutralize explosives could be added as they’re developed. The Navy wanted a smart system that would proactively detect and disarm threats, rather than rollers to simply go ahead of convoys and detonate whatever was in the convoy’s path.

The open architecture approach comes after an earlier system, the Man Transportable Robotic System, was built in 2005 and fielded in Iraq in 2006. That system used a robot to place a charge on roadside bombs and other explosives and detonate them without personnel having to get too close. Navy officials have previously said that, though the system was widely used by EOD technicians and route clearance patrols in all four services, it created some contracting complications. In the follow-on AEODRS, the Navy wanted a government-owned system with contractor-provided sensors, arms and other capabilities.

“Through the adoption of this modular, open architecture approach across all three Increments we will be better able to integrate emergent technologies and improve overall capability of EOD warfighters,” Capt. Aaron Peters, program manager for NAVSEA’s Expeditionary Missions Program Office, said in the NAVSEA statement.

But despite the long-term benefits of the open architecture approach, the program schedule has slowed over time. Earlier schedules would have had the backpack-portable dismounted operations variant fielded by now, with the Navy and possibly other services. But National Defense Magazine reported in January that the Air Force had pulled out of Increment 1, opting to use commercial off-the-shelf products instead, in part due to the slower schedule.

Now, the small dismounted operations variant is on track for a contract award by the end of the fiscal year, at the end of September, after proposals were received in August 2014, Navy spokeswoman Colleen O’Rourke told USNI News.

The tactical operations variant, which just hit milestone B, should hit initial operational capability in Fiscal Year 2020. The Navy will release a request for proposals in FY 2016, award a contract in FY 2017 and go through testing in 2018 and 2019. The Marine Corps and Air Force are expected to buy into this variant once in production, O’Rourke said.

The largest base/infrastructure operations variant will come last, not reaching milestone B until FY 2019.