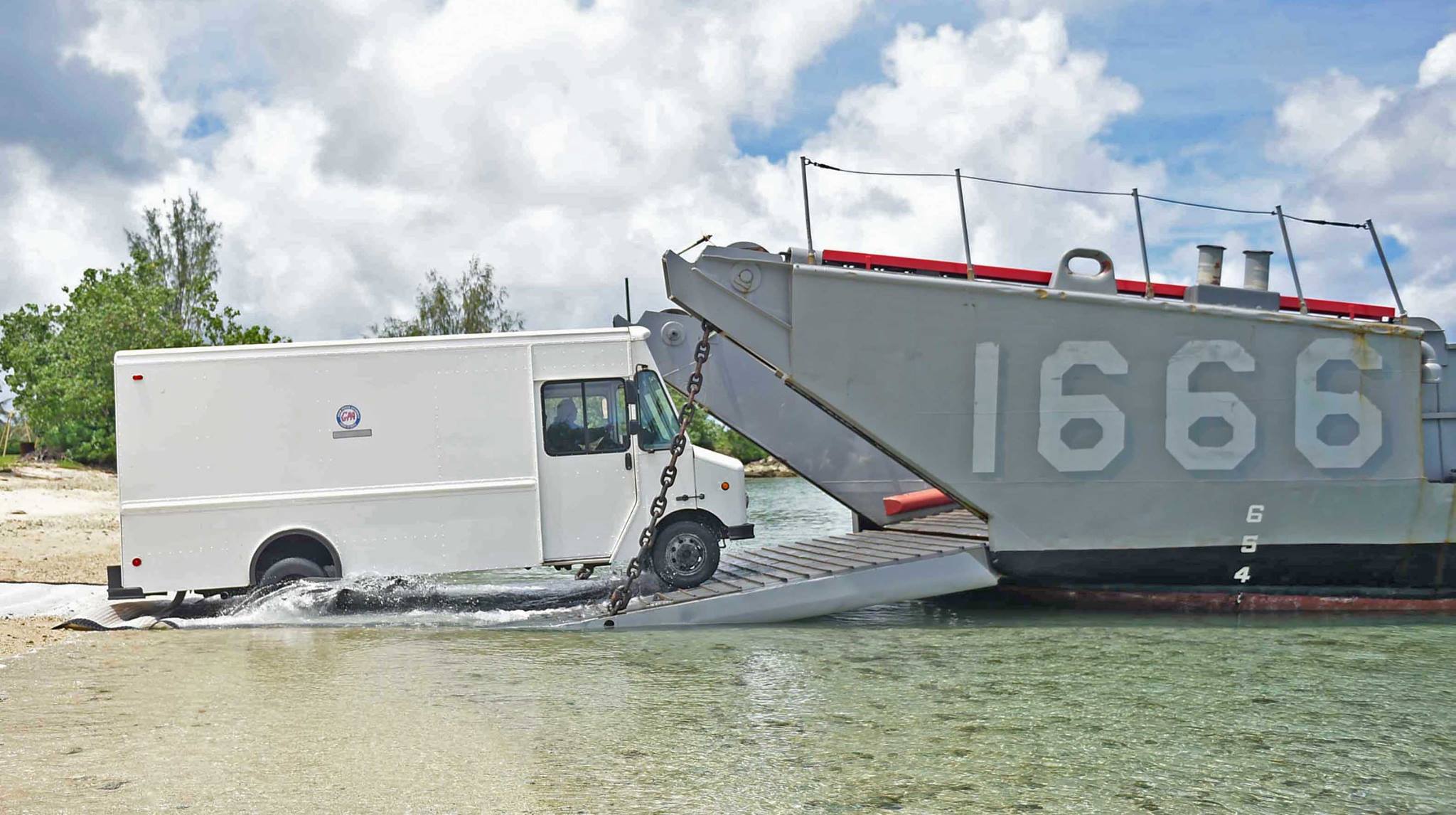 Marines and sailors from the amphibious dock landing ship USS Ashland (LSD-48) returned to Saipan in the Northern Marianas with heavy equipment to restore power and water purifiers to provide as much as 40,000 gallons of drinking water after the island was devastated by a typhoon last week.

The military had already delivered more than 11,400 gallons of water and 48,300 individual ready-to-eat meals since arriving in the Commonwealth of the Northern Mariana Islands, a U.S. territory, on Aug. 8 to distribute aid in the aftermath of the storm.

Typhoon Soudelor passed over the island on Aug. 2 and 3 with the intensity of a Category 2 hurricane, with winds of 105 miles per hour or greater, according to AccuWeather. Hundreds of homes were damaged, most of the island was left without power, and clean water was a key concern, according to the American Red Cross.

About 600 personnel from the 31st Marine Expeditionary Unit and Bonhomme Richard Amphibious Ready Group responded to the crisis by diverting from their training schedule and bringing food, water, generators, blankets and more to the island on Aug. 8. Ashland then left to retrieve more supplies from nearby Guam, including “with a high-production Tactical Water Purification System, multiple mobile water containers able to transport more than 2,000 gallons of water, equipment to repair and restore power and approximately 10,000 pounds of Red Cross relief goods,” according to information posted on Facebook by U.S. Naval Base Guam. 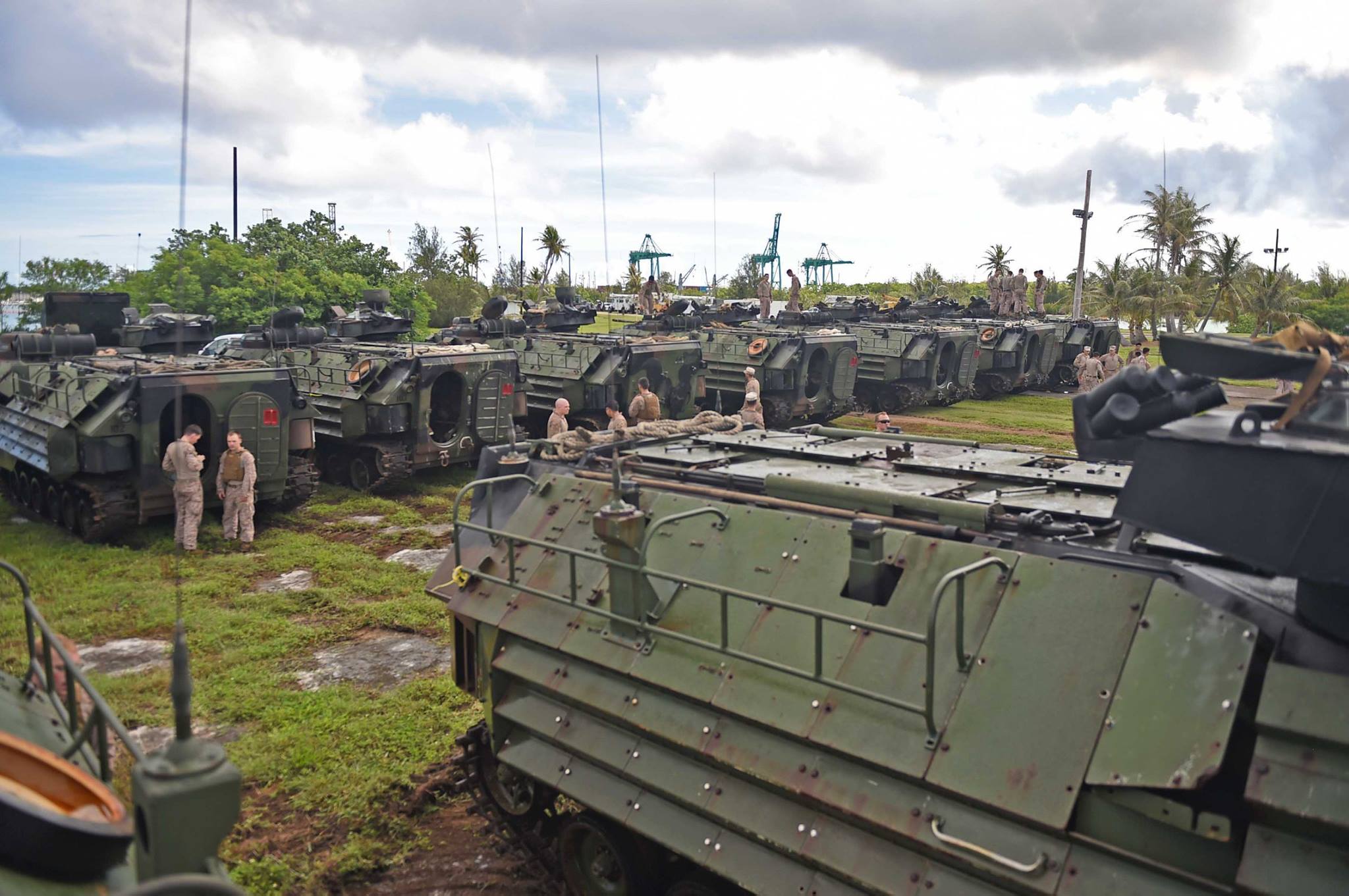 The ship returned to Saipan earlier today, according to information posted by Joint Region Marianas on Facebook, and once up and running, the water purification systems will be able to produce up to 40,000 gallons of water per day for Marines to distribute, according to the post – nearly four times the total amount of water that was distributed in the first week after the typhoon hit. 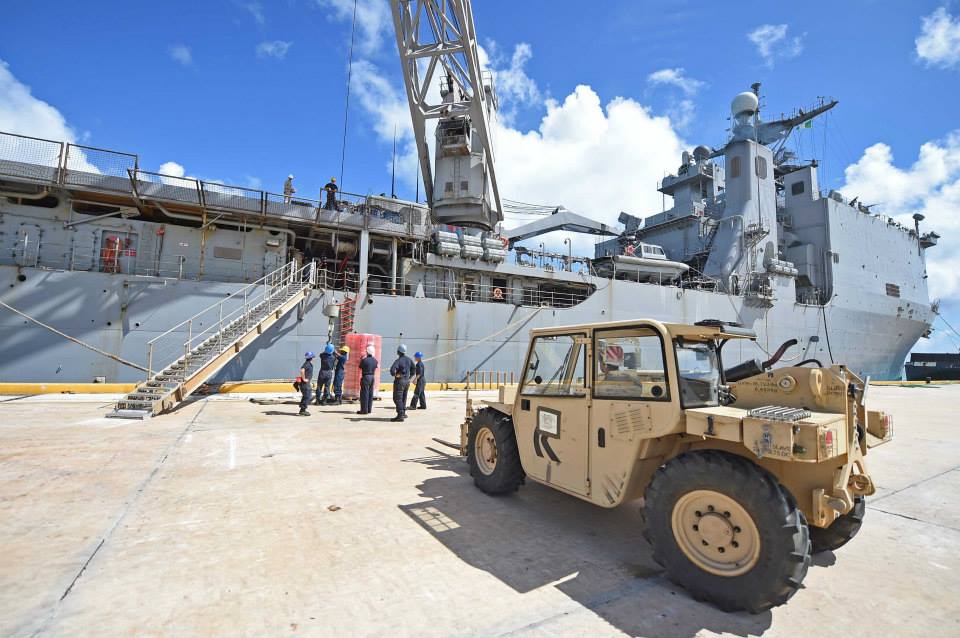 Marines also delivered generators from the Federal Emergency Management Agency (FEMA), and personnel from the U.S. Army Corps of Engineers are helping to restore power on Saipan, according to a Defense Department news release.