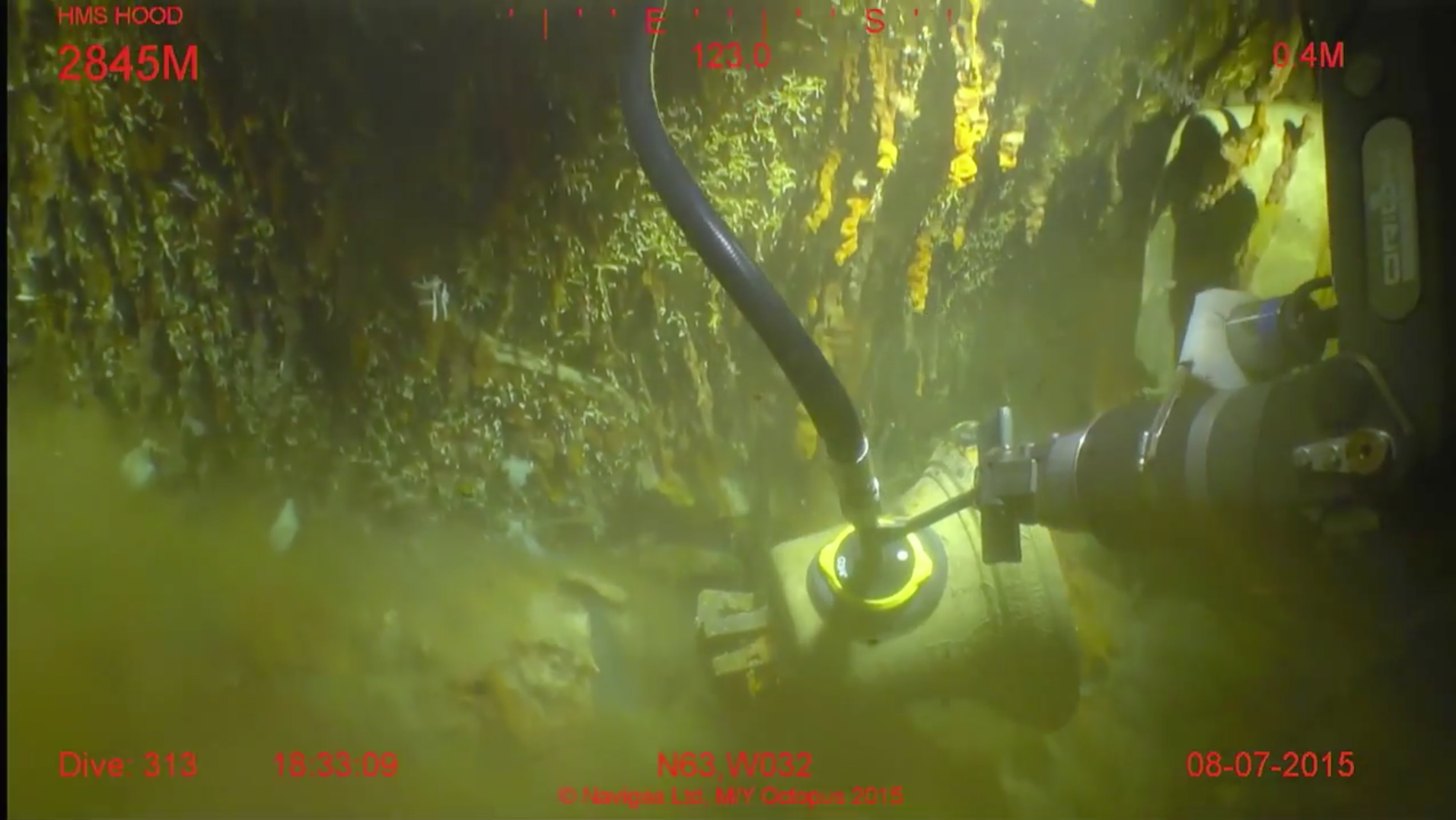 On Friday, after sitting on the ocean floor for 74 years, Hood’s bell was recovered by a research team led by Microsoft co-founder Paul Allen.

The team retrieved the bell on Aug. 7 using a remotely operated vehicle from Allen’s yacht, M/Y Octopus, giving the Ministry of Defence and Royal Navy the gift of a memorial for the fallen sailors’ families.

“There is no headstone among the flowers for those who perish at sea. For the 1,415 officers and men who lost their lives in HMS Hood on 24 May 1941, the recovery of her bell and its subsequent place of honour in the National Museum of the Royal Navy in Portsmouth will mean that future generations will be able to gaze upon her bell and remember with gratitude and thanks the heroism, courage and personal sacrifice of Hood’s ship’s company who died in the service of their country,” Rear Admiral Philip Wilcocks, who serves as president of the the HMS Hood Association and whose uncle died on the ship, said in a statement.

The bell was first discovered and photographed in 2001, lying away from the rest of the ship’s hull. Allen led an expedition to recover it in 2012 but was hindered by weather and technical difficulties. The ship wreckage is protected under the Military Remains Act of 1986, but the bell was allowed to be salvaged to serve as a memorial ashore and to protect it from being taken illegally.

The bell is in good condition, according to those involved in the operation, but will undergo about a year of restoration work due to the decades it spent in seawater. Once the restoration is complete, the bell will be put on display as a centerpiece of the National Museum of the Royal Navy’s new exhibit on 20th and 21st Century Navy. 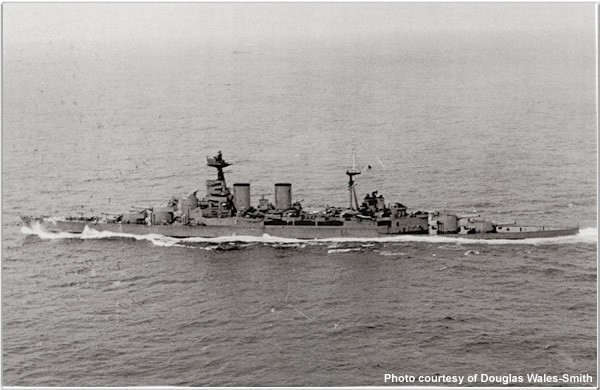 HMS Hood in May 1941, just before it was sunk by German battleship Bismarck. Photo via HMS Hood Association.

HMS Hood was the largest British ship to be sunk and caused the largest loss of life suffered by any single ship. Only three crew members survived the explosion and sinking. The last remaining survivor died in 2008 and requested that the bell be made into a memorial for his shipmates.

“I am extremely pleased that we have been able to fulfil one of the last wishes of Ted Briggs, one of only three survivors of Hood’s crew of 1,418 men, to recover the ship’s bell as a memorial to his shipmates,” Blue Water Recoveries director David Mearns said in the statement. Blue Water Recoveries assisted Allen’s team in the 2012 attempt and again last week.
“Despite 74 years of immersion in the hostile depths of Denmark Strait the bell is in very good condition. The inscriptions decorating its surface clearly indicate that the bell was preserved for use on the battle-cruiser Hood after first being used as the bell of the Battleship Hood from 1891 to 1914. This bell has therefore seen action in two capital ships of the Royal Navy spanning a period of 50 years. … The bell we recovered is a unique historical artifact, which shows just how important Hood was as flagship of the British Battlecruiser Squadron.”