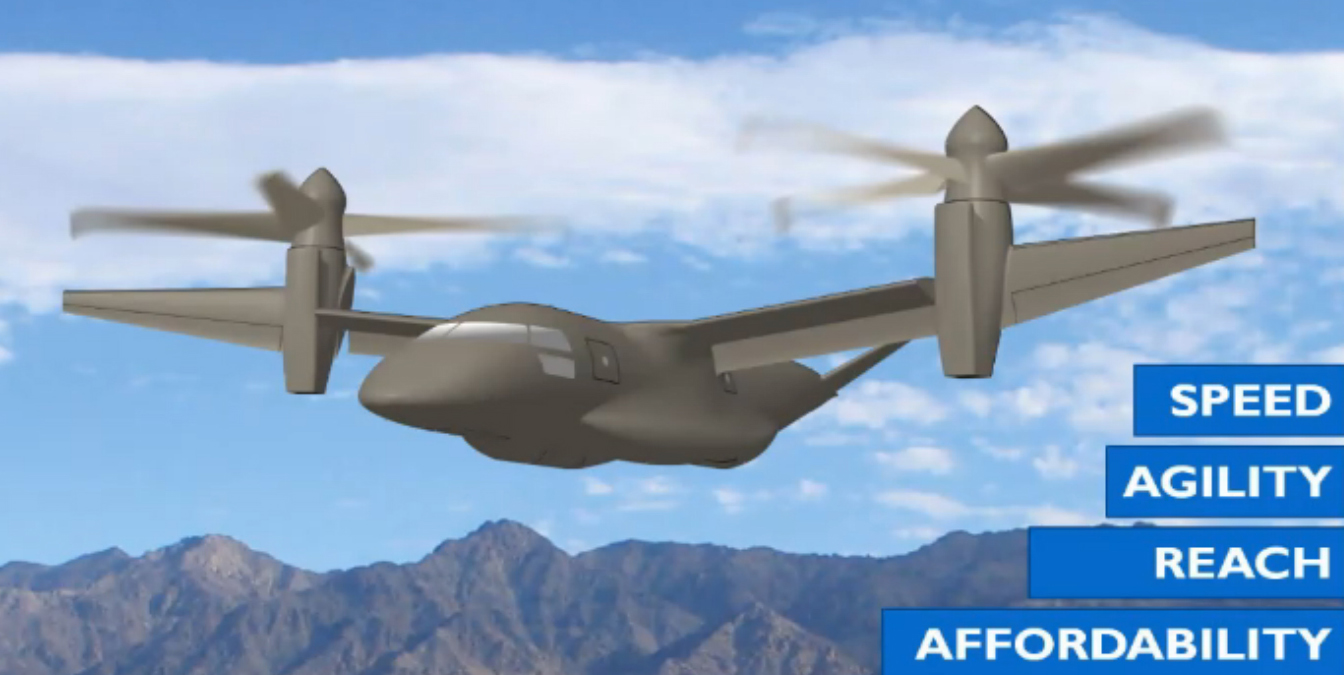 The Future Vertical Lift program officials will need to develop the variants’ concepts of operations early in the process if they want to maximize commonality and cost-savings throughout the program’s life, a defense official said in a July 22 panel discussion at the Center for Strategic and International Studies (CSIS).

Much like the F-35 Lighting II Joint Strike Fighter, the four platforms envisioned in the FVL family of systems will not just serve as replacements for older helicopters – rather, they will be asked to take on missions that were previously impossible thanks to the helicopters’ expected range, speed and high-tech systems. FVL is meant to replace the Army’s UH-60 Black Hawk, AH-64 Apache, CH-47 Chinook, and OH-58 Kiowa helicopters, as well as the Navy’s MH-60 Seahawk.

The Army, as the lead service, and the Navy are still in talks about just how common the variants will be, and industry is participating in a long-term technology demonstration phase through 2019. But James Kelly, F-35 Logistics Team Lead in the Office of the Assistant Secretary of Defense for Logistics and Materiel Readiness, said that the services need to give serious thought to the concepts of operations now to ensure that as much commonality is built into the family of systems as possible.

After watching the F-35 program roll out, “the lesson learned – and this has really formed my opinion of FVL – is on the CONOPS. … [We need] to have it be a requirements-based, operational-based kind of a thing. What do we want to do with these systems that’s different?”

Part of this early brainstorming will help decide what can and cannot be common without sacrificing mission capability. But also at issue is how to set up the sustainment phase. Will all maintainers go to a joint school, or will the Army and Navy train and certify their maintainers separately? Will the helicopters go to a common depot for intermediate level work? Will the two services buy spare parts together or retain separate logistics chains?

Kelly said there were ideas about F-35 sustainment early on, but not in enough detail to create an executable plan when the time came.

In early F-35 memos, “those that were involved in the cooperative development had an idea of using a common spares pool. So rather than sparing each service and each nation, the entire global fleet would benefit from the right stuff in the right places, being repaired to common standards and being available for anybody’s use based on priority and the urgency of need,” he said.
“But let me tell you, a lesson learned is that it is, the idea is easy to grasp; pulling it off so that a left wing landing gear can come off a Turkish jet, be repaired in Norway and go on an Air Force jet at Luke [AFB] is something that really takes a lot of work.”

Kelly concluded, “we really have some work to do with CONOPS. If I end up with something that’s common, how do I really want to use it to extract the operational benefits of it? And you’ve got to think about that early or you’re not going to hit those goals.”

Nick Lappos, senior technical fellow at Sikorsky and chairman of the Vertical Lift Consortium Board of Directors, said industry is very interested in achieving as much commonality – either with identical components, or nearly-common parts – as makes sense, given that commonality can take away somewhat from mission optimization.

“Is there a reason why every flying machine has to have a cockpit design team design that cockpit? And every flying machine has to have generator control units to put on the generators, hydraulic elements that are designed separately?” he said at the same event.
“It’s amazing how uncommon today’s systems are, to the point where if you open the maintenance manuals on two Army helicopters made by different manufacturers in different programs, they use different words to describe the same systems, so the maintainers have to learn a different vocabulary to move from Aircraft A to Aircraft B.”

Lappos said industry envisions a common cockpit, and potentially a common engine, that would be provided as government-furnished equipment to whomever builds the family of helicopters. Such commonality would make it much easier for maintainers to work on multiple type/model/series.

“We think that commonality goes all the way back to the point where the maintainers have the same basic trouble-shooting charts, the same basic trouble-shooting procedures, and it is not a strange thing to open up a page in the electronic maintenance manual and read the maintenance manual for Aircraft A as opposed to Aircraft B and find that they are roughly the same, and that it didn’t take a total retrain to use that system,” he said, noting that today the Army’s helicopters are so different that a mechanic on one platform might not even be able to diagnose a problem in another, let alone fix it. The basic system design, the tools, and even the language to talk about the hardware differ between platforms today.

What he would like to see is commonality – not necessarily identicality, a family of helicopters that are enough alike that personnel can move seamlessly from one to the next. Like components may have different part numbers, he said, but they would perform the same function, and therefore a mechanic would understand how the system behaves even if his background is in another platform within the family.

Lappos said the Marine Corps’ H-1 attack and utility helicopters are a small-scale example of what he hopes to see. Even though the frames are different to support different missions, they still have about 80-percent commonality in spare parts, which is a great benefit to shipboard parts storage.

“That might serve as a small model of what we’re describing to a much larger degree,” Lappos said.