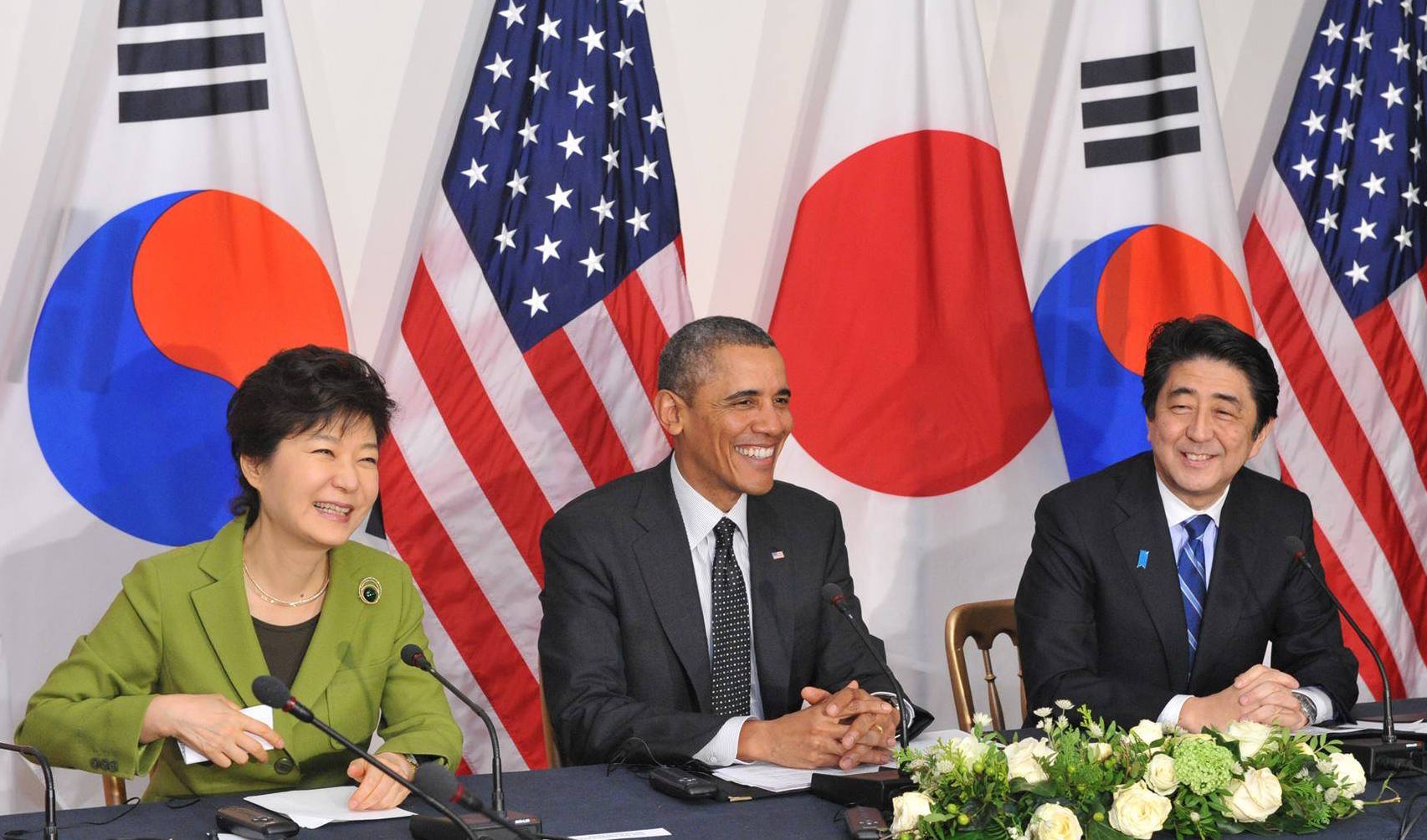 Lingering antagonism between Japan and Korea are part of a host of reasons relations between the two key U.S. allies in Asia have yet to improve, according to a Tuesday panel at the Center for Strategic and International Studies in Washington, D.C.
“Washington can be a lot more imaginative in talking to both sides” and not falling back on the belief that “North Korea is the glue that holds us together,” Michael Auslin of the American Enterprise Institute said.

The stability and order that the United States brought to the region after World War II and the fostering of democracy in Japan and Korea “is at risk. [The three] must act together to take a leadership role in Asia.”

While agreeing on the larger issue of nuclear non-proliferation, the split between the two Asian countries over an agreement on UNESCO World Heritage Sites was only the latest manifestation of how they view 20th-century history and its impact on their relationship.

Before World War II, Japan dominated the peninsula. Antagonism between the two goes back centuries, the panelists agreed.

Auslin cited another, more significant example, to mutual security to define the divide: “At the last minute, a military information-sharing agreement was scuppered” was another example of the deep suspicion that remains between the two countries.

Other reasons why there has been little movement to strengthen ties between the two, Auslin said, include the solidity of their alliances with the United States, both reaching out to China as an emerging power and feeling no immediate threat from North Korea.

They “are having trouble even sustaining small agreements,” Sheila Smith of the Council of Foreign Relations said.

Terms such as “forced labor” and “comfort women” are divisive, James Schoff of the Carnegie Endowment for International Peace added. There is a feeling now in South Korea “the deal that was structured in 1965 [between the two nations] wasn’t good enough.” He added “Japan feels the same way about the War Crimes Tribunal” that was created following its defeat in World war II.

Among China, South Korea and Japan, the question becomes “who has the right narrative on the 20th century,” Smith said. “Emotions are running high” in Japan in answering that question and putting it a more isolated position with the other two powers. She noted the Japanese Diet recently created a committee on “restoring Japanese honor.”

Schoff, who worked in the Defense Department on Asian-Pacific policy, said, “I underestimated the depth of the deep suspicion” between the two over “zero-sum economic thinking” and Prime Minister Shinzo Abe’s decision to have Japan play a larger military role in the region.

“Korea is becoming a smaller part of Japanese strategic thinking,” Auslin said. For Japan, “there is a bigger game” that includes China, Australia, and the United States.

As to reunification between the two Koreas, Auslin said, Japan would prefer to see it as a Western-leaning nation. Smith agreed with that and added Japan would want it to be a non-nuclear power. Schoff said that politically for Japan it also would be important for some U.S. air and naval forces to remain on the peninsula after reunification. If no American forces remain, then Japan would be the only country in Asia with permanent U.S. bases.

Hanging in the air is “which direction a unified Korea would go over the long-term,” Smith said. She added there would be immediate challenges of cleaning up North Korean industrial sites and possible mass migration to China and/or southward toward Seoul.

To end the water treading, Schoff suggested building the relationship using already strong ties between the two coast guards and working on common interests such as fisheries and health care.