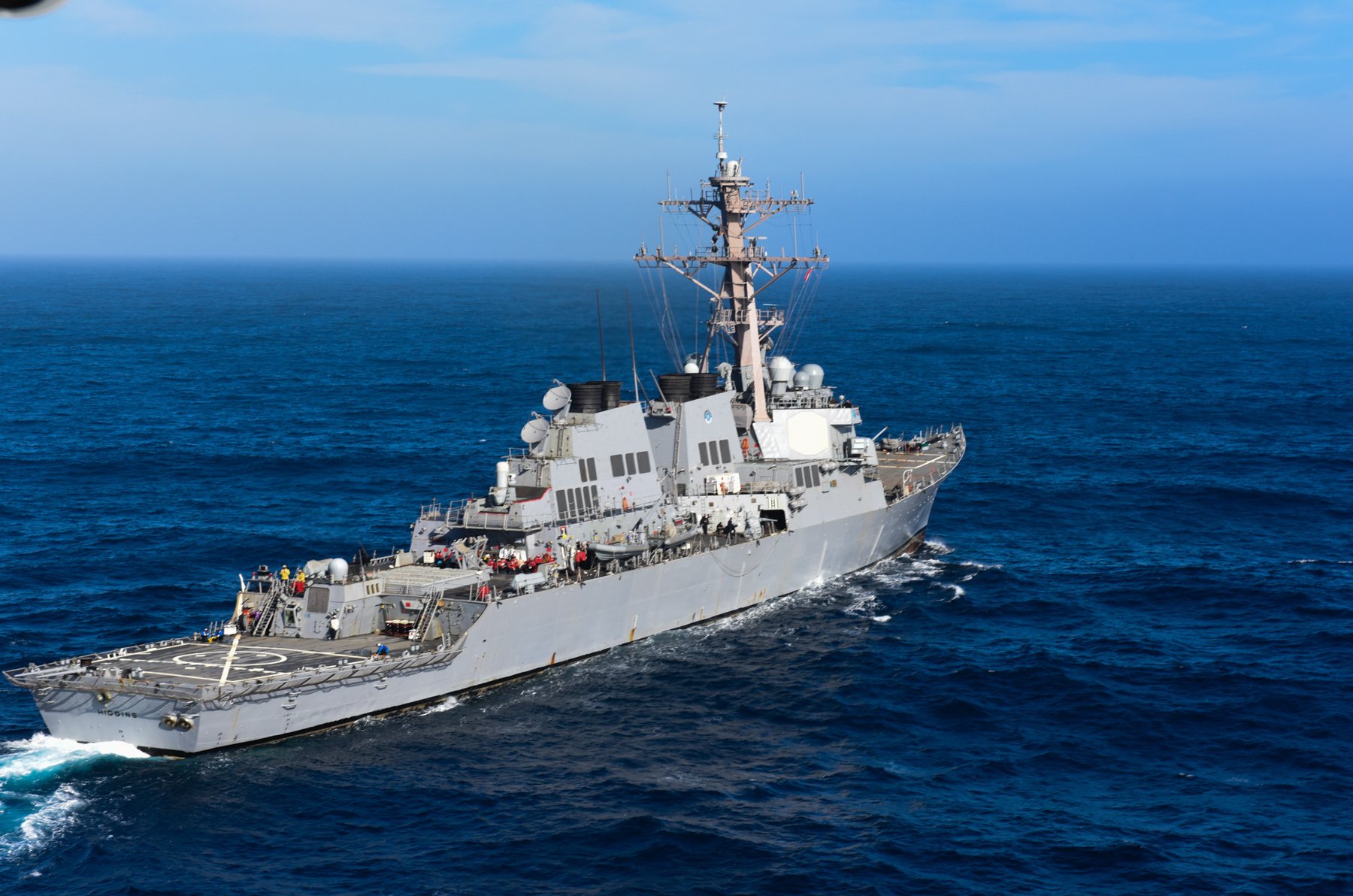 The guided-missile destroyer USS Higgins (DDG 76) is underway conducting an independent deployer certification exercise off the coast of Southern California on April 30, 2015. US Navy photo.

The guided-missile destroyer USS Higgins (DDG-76) left its homeport in San Diego on Monday for an independent deployment to the Western Pacific Ocean, Indian Ocean and Middle East.

The ship will conduct presence operations and goodwill activities with countries throughout U.S. 5th and 7th Fleet areas of operations, and its crew of more than 300 sailors is certified for anti-air, anti-submarine and anti-surface warfare operations.

Higgins will join Destroyer Squadron (DESRON) 23 for the independent deployment.

“I am extremely pleased with our crew,” Higgins commanding officer Cmdr. Allen Johnson said in a Navy statement.
“They have proven themselves throughout a rigorous year-long training cycle and are fully capable to perform the mission tasking that we will be assigned.”

The crew went through an independent deployer certification exercise in late April and early May with the USS Fort Worth (LCS-3) Crew 101 embarked aboard USS Freedom (LCS-1), as well as the Carl Vinson Carrier Strike Group.

Higgins served in the Nimitz Carrier Strike Group for many years but has taken on several independent deployments in recent years.