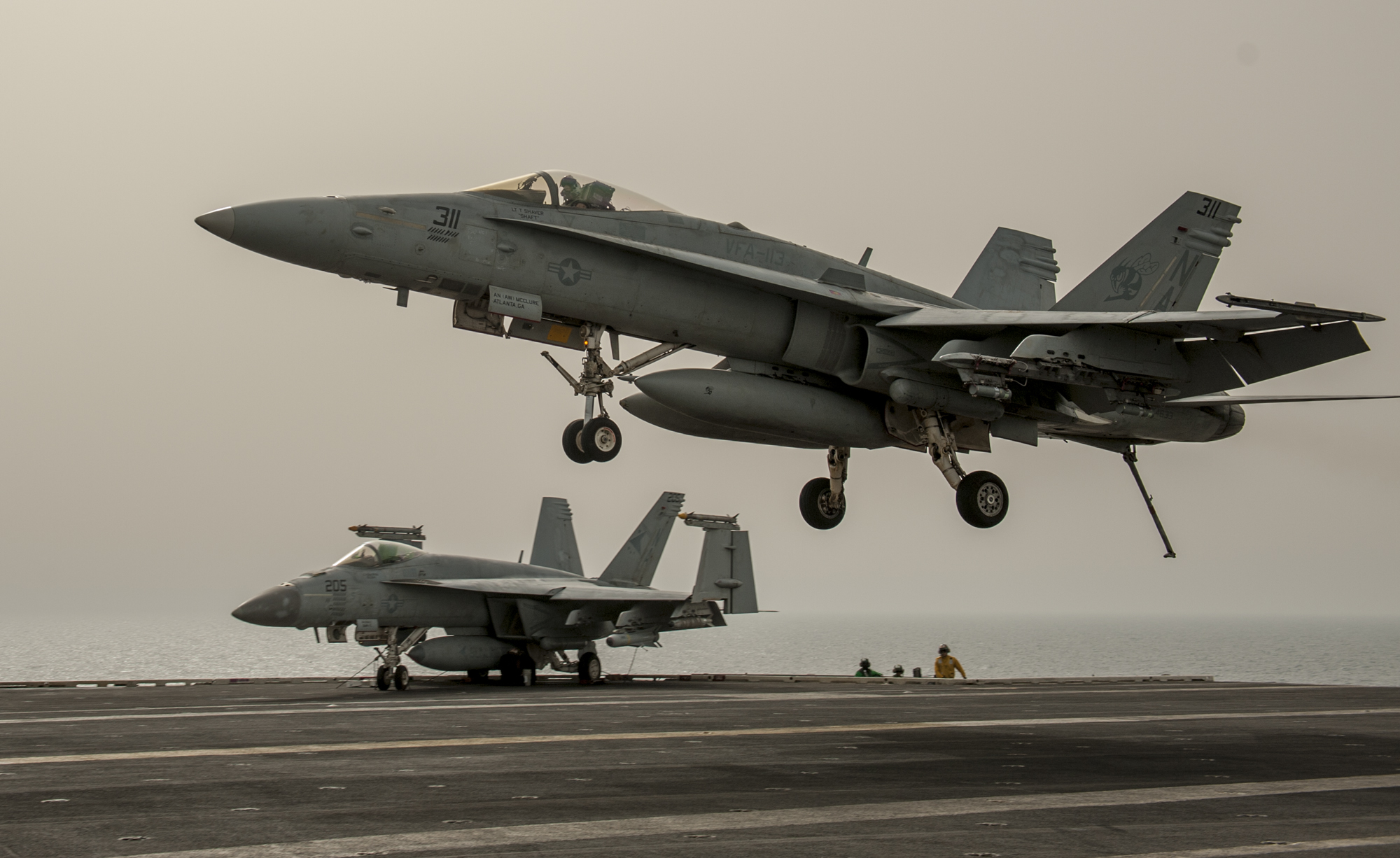 An F/A-18C Hornet attached to the Stingers of Strike Fighter Squadron (VFA) 113 makes an arrested recovery during the final flight operations in support of Operation Inherent Resolve aboard the aircraft carrier USS Carl Vinson (CVN 70) on April 11, 2015. US Navy photo.

Saudi Arabia has been a vital, even if less talked about, partner in U.S. counterterrorism efforts, Fran Townsend, a senior adviser to President George W. Bush, said Thursday at a Center for Strategic and International Studies event.

“Without Saudi Arabia’s cooperation, you wouldn’t have disrupted the ‘cartridge plot,’” where terrorists put explosives in computer refills and shipped them by air, she said, adding that the Saudis identified which ones had been tampered with.

“They rival our relations with Britain” in jointly battling terrorists despite the kingdom’s insistence on following a strict form of Islam, she said.

A drone strike recently killed Nasir al-Wahayshi, a top al Qaeda operative and a mastermind of the “cartridge plot,” she said, adding his death would have “a huge, disruptive effect” on the terrorist organization. Al Wahayshi was known for his expertise in developing techniques of sneaking explosives aboard aircraft, including in the cartridges and in underwear, Townsend added.

Increased cooperation with Middle East partners will be important to defeating groups like al Qaeda and the Islamic State, she said, and she noted that countries like Saudi Arabia and United Arab Emirates are more actively taking on terrorists in the region.

The United States could play an important role in helping these countries train their security forces, supply intelligence and logistics, she said, advocating a larger American presence on the ground than there is today.

“We’ve gone from one extreme of tens of thousands boots on the ground to none,” Townsend said, and there needs to be a middle ground of U.S. military involvement in the region.

The United States will need much more than boots on the ground to defeat al Qaeda and the Islamic State, she noted. The key to combating radical Islam’s recruiting appeal, particularly ISIS and particularly among young refugees, is to deny their ability to use the Internet as a battlespace and “to fill that space with counter-narrative.”

Townsend said that the United States government has to take a more active role in doing this by supporting organizations that can reach that audience. She added neither the Bush administration nor the Obama administration has been very effective at doing this.

In addition, Townsend said that social media companies should understand “beheading videos are not protected speech” and should remove those postings from their platforms. When Twitter reacted slowly to appeal to remove videos like that, “we named and shamed.”