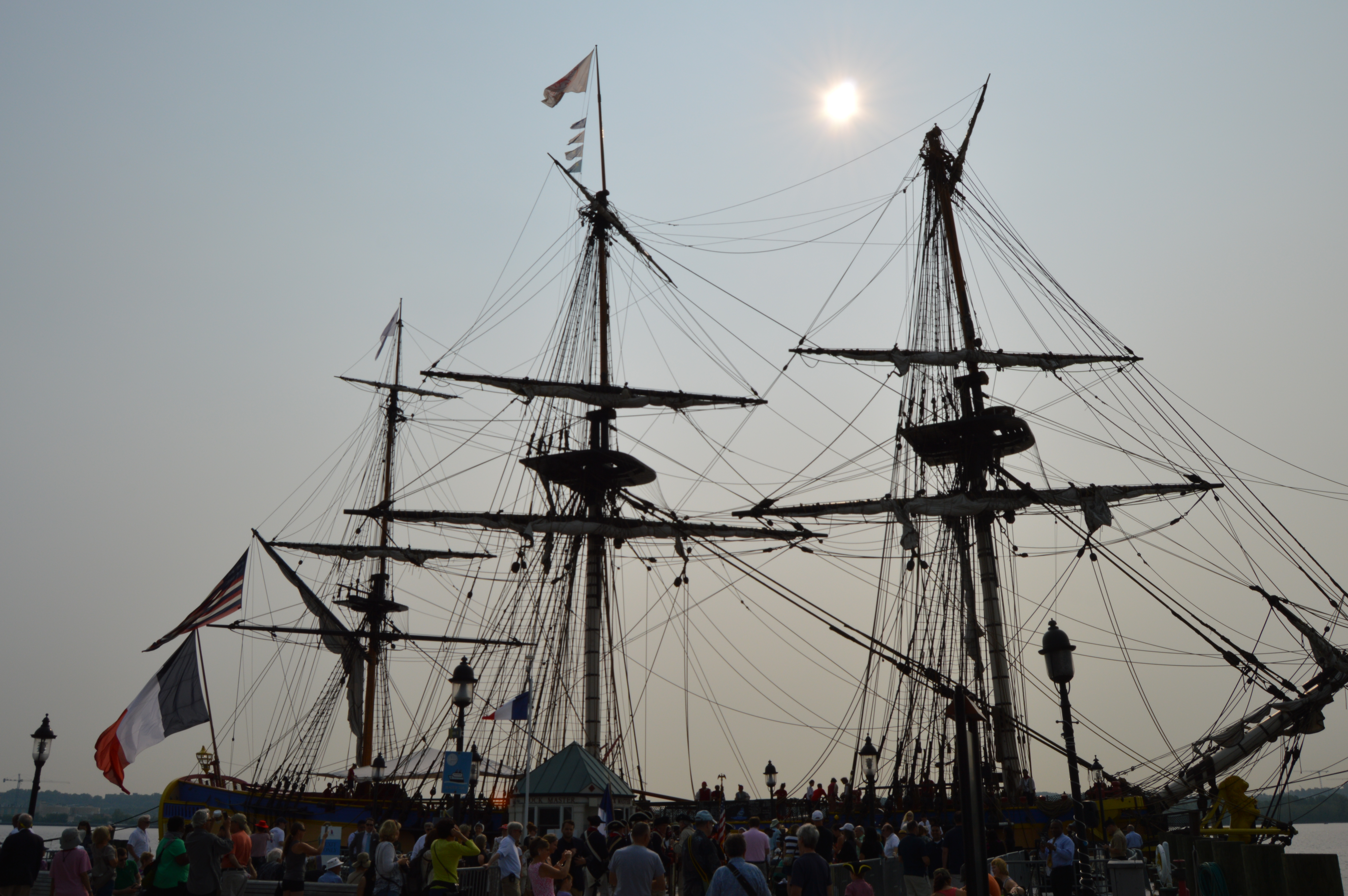 The 18th century French warship Hermione is making its way up the East Coast to celebrate the French-American friendship and the importance of seapower – both in the 1780s and today.

The original three-mast Concorde-class frigate arrived in Boston in 1780, bringing General Lafayette – or Marie-Joseph Paul Yves Roch Gilbert du Motier, Marquis de Lafayette – to alert George Washington that help was on the way for the colonists struggling to gain independence from Britain.

The replica Hermione (pronounced Her-me-own) arrived in Yorktown, Va., on June 5 and has since visited Alexandria, Va., and Annapolis, Md. Tomorrow, the ship will enter the Inner Harbor in Baltimore for a weekend of events.

But the story of the Hermione Voyage 2015 actually begins in the early 1990s, Miles Young, president of Friends of Hermione-Lafayette in America, said.

The town of Rochefort, France, was falling into hard times. The former site of warship construction, “that town had become quite run down, economically challenged. So the mayor had the idea of doing something which would bring visitors to the town,” he said.
“And just about the same time the original wreck of the Hermione had been found. It was too broken up to restore, so the idea was, well why not rebuild it if we can’t restore it?”

In the early stages of the project, planners decided “it would be totally authentic, that there would be no compromises other than what the Coast Guard required, which is an engine and radar. So for all intents and purposes it’s a real 18th century warship,” Young said. That meant spending 10 years to find thousands of oak trees of just the right size and shape to build the hull, for example. One cannon was salvaged from the Hermione wreckage off the British coast, and it was put on the replica ship. The rest of the ship’s cannons were made at the same foundry as the original ship’s cannons.

The end result: the ship sails as exquisitely as the original.

“When it was built, the ship was really superior technology. What it did was to combine strong firepower with extreme speed and maneuverability,” Young said.
“The British caught her sister ship, the Concorde, and rather like [the Soviets] capturing a plane in the Cold War, the first thing they did was to measure it, examine it in every single way. And so it’s a bit of sophisticated technology, and it still sails perfectly. Lafayette said it sails like a bird when he was crossing the Atlantic. The captain now says she’s just like a greyhound.”

The original Hermione may have fought the British and ultimately met its demise in British waters, but the replica Hermione couldn’t have been built without them – the original plans for the ship had been lost, but the British still had their drawings of Concorde. The replica ship was constructed based on those diagrams.

Overall, Young said the Hermione Voyage 2015 is important on many levels. It honors the alliance between France and the United States, symbolizes liberty, reminds visitors of the importance of naval power throughout American history and today, and pays homage to Lafayette’s can-do attitude.