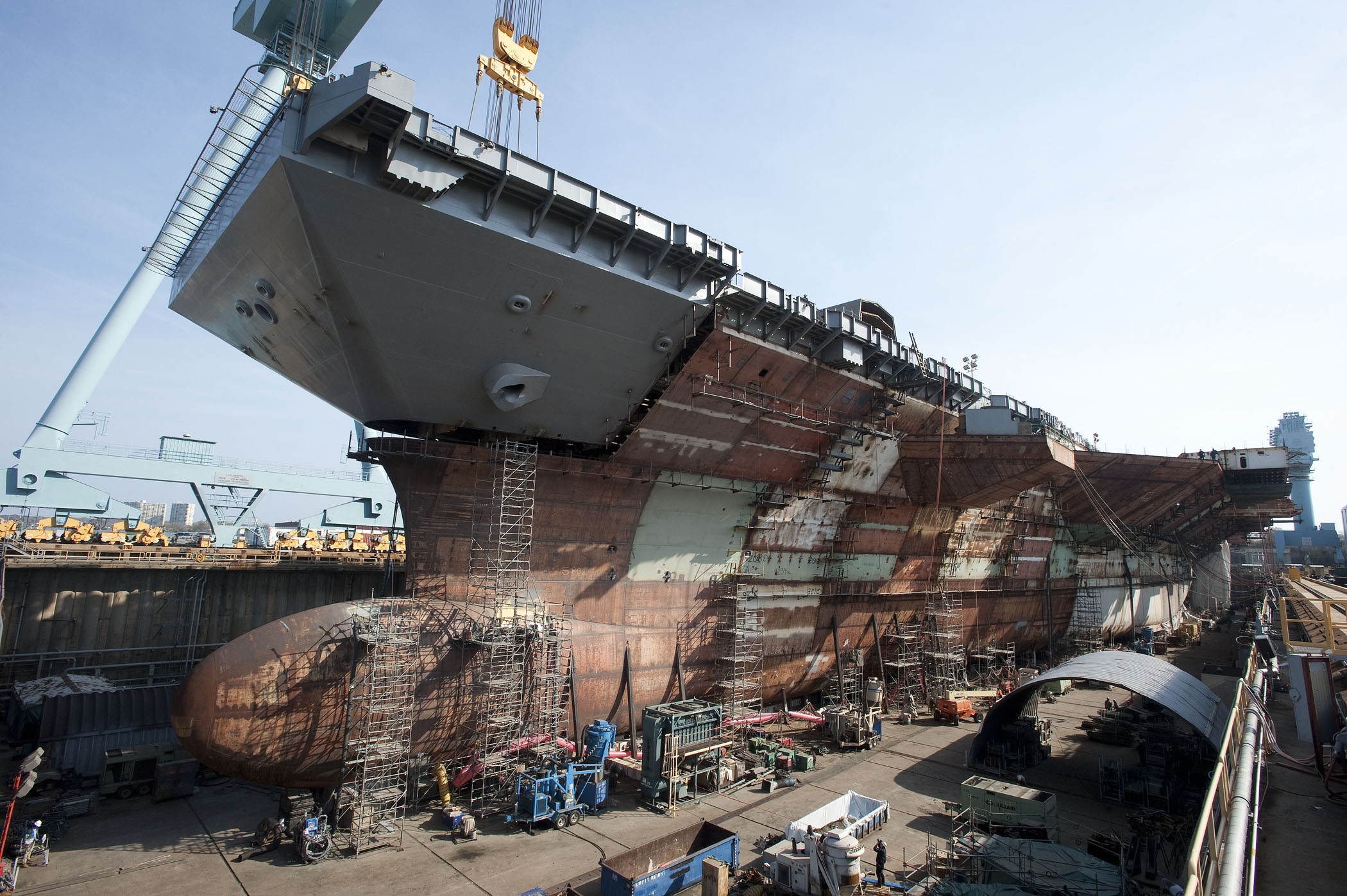 The Navy’s recently awarded contract for the construction of the next aircraft carrier has the lowest price of any nuclear carrier (CVN) fixed-price contract, and for a ship that is much more complex and capable than its Nimitz-class predecessor, the program executive officer for aircraft carriers told reporters Monday morning.

Rear Adm. Tom Moore said the pair of awards – a contract modification and a new contract totaling $4.29 billion – for remaining design and construction for the future John F. Kennedy (CVN-79) is “probably the best CVN fixed-price contract we’ve ever had with [Newport News Shipbuilding] in terms of the target fee in the contract, the steepness of the share lines, the ceiling price in the contract – all reflective of the fact that the shipbuilder and us have a very solid understanding of where we are in the ship and the cost we’re able to take out.”

Moore said the program would save a billion dollars by decreasing the man hours needed to construct the ship by 18 percent from CVN-78 to 79 – down to about 44 million man hours. He said this reduction is only a first step in taking cost out of the carrier program. The future Enterprise (CVN-80) will take about 4 million man hours out, or another 10 percent reduction, for a savings of about $500 million.

But beyond seeking ways to take cost out, the contract itself reduces the risk to the government, Moore said.

“The main construction of the ship is now in a fixed-price environment, so that switchover really limits the government’s liability,” he said.

Without getting into specific dollar amounts due to business sensitivities, Moore explained that “this is the lowest target fee we’ve ever had on any CVN new construction. Look at the shape of the share lines, because the share lines at the end of the day are a measure of risk. So where we’d like to get quickly to 50/50, in past carrier contracts we’ve been out at 85/15, 90/10 – which basically means for every dollar over, the government picks up 85 cents on the dollar. And this contract very quickly gets to 50/50. The other thing is ceiling price – on a fixed-price contract, the ceiling price is the government’s maximum liability. And on this particular contract, again, it is the lowest ceiling price we’ve ever had. So when I look at this particular contract for CVN-79.

“Now, from the producer’s standpoint, these are bilateral contracts, both sides have agreed to this,” Moore said.
“I think Newport News has done a great job of recognizing that we’ve got to get cost out of the ship. So I think they’ve signed a fair contract that clearly, from a business standpoint, they can make the return they need to make for their investors.”

Moore said the contract includes incentives for Newport News Shipbuilding to make yard upgrades that will reduce cost for the shipbuilding program.

In addition to these incentives, Moore said that beginning in Fiscal Year (FY) 2017 the Navy would create a Design for Affordability (DFA) funding line in the research and development budget. Based off a similar R&D account for the Virginia-class attack submarines (SSN-774), the fund will provide Moore with about $25 million a year to find new materials, new processes and other “game changers” to cut time and cost out of the program.

Moore said he’s spent the past several years seeking and implementing these kinds of ideas, but this will be the first time there is a dedicated line of funding for him to do so. Previously, he created as close to an assembly line as is possible in carrier construction – engineers identified “unit families” that were similar sections that required similar work and could be tackled all in a row. The team also found ways to bring work from the drydock to the pier and from the pier to indoor workshops, both of which bring down the cost per man hour several times over.

With the upcoming DFA account, Moore said he believes he can achieve a two-to-one return on investment and persuade the Navy to provide even more funding in the future.

The Navy also released a $737 million contract to General Atomics on Friday for procurement of long lead materials for the Electromagnetic Aircraft Launch System (EMALS) and Advanced Arresting Gear (AAG).

“Everyone knows we had some significant cost overruns on EMALS and AAG,” Moore said.
“I think what you’ll find on CVN-79 is we’ve gotten that cost under control.”

He added that the contract released last week only covers long lead time parts, and that the actual production contract will be timed so the systems deliver exactly when Moore needs them to install them in the ship most efficiently. Delays in AAG delivery for Ford forced Newport News Shipbuilding to install the flight deck first, meaning the AAG parts had to be pulled up through the hangar bay instead of just dropped in while the ship was still open. Timely delivery of AAG for Kennedy will save time and money for the Navy.