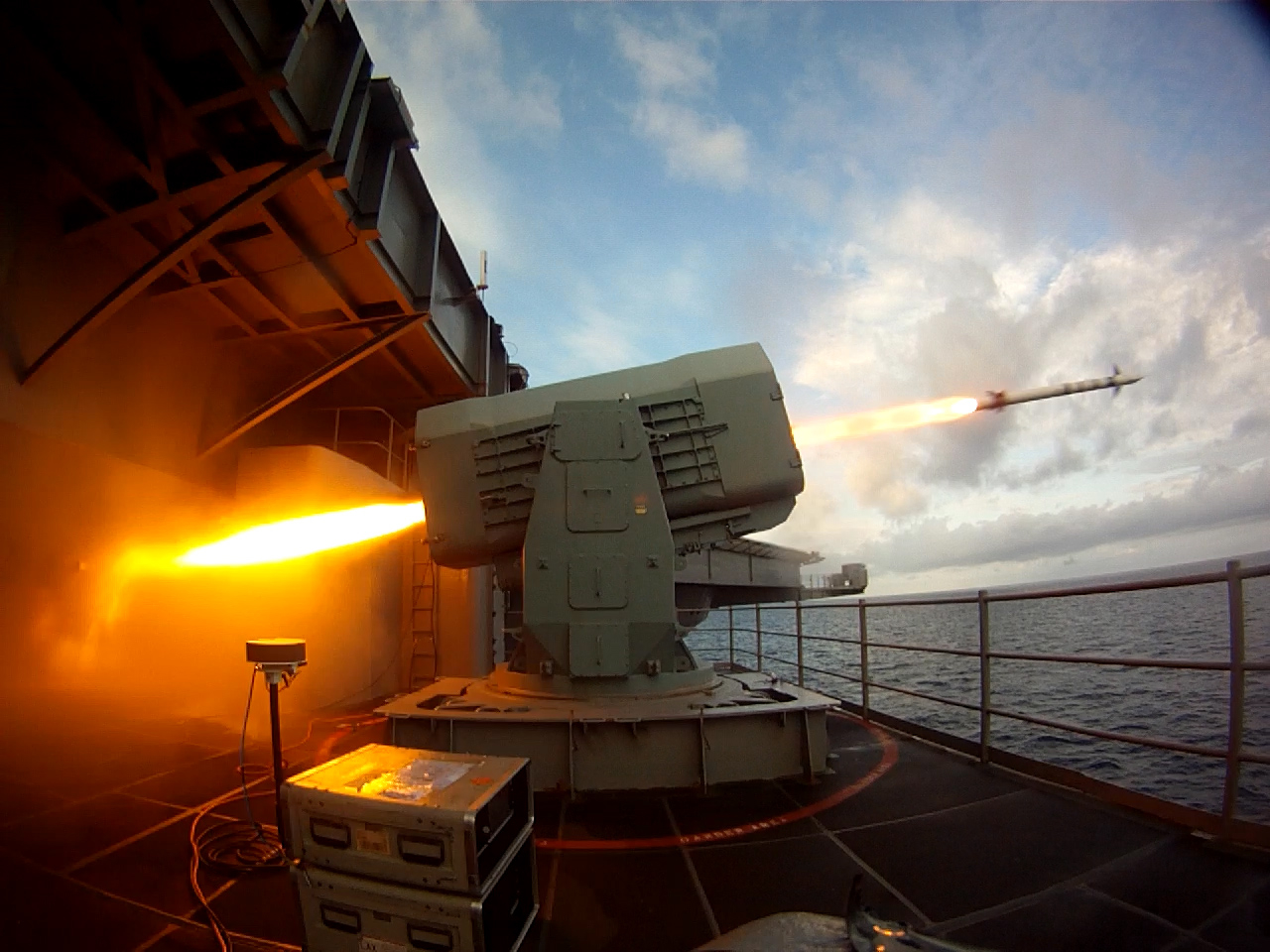 Block 2 has an increased range due to a four-axis independent control actuator system and an increase in rocket motor capability, according to a June 1 statement. Its improved passive radio frequency seeker and upgrades to some components of the infrared seeker, along with advanced kinematics, help the newest block go after more complex maneuvering targets.

“RAM Block 2 provides the accuracy and lethality our sailors need to combat growing regional threats,” Capt. Craig Bowden, the Navy’s major program manager for Rolling Airframe Missile at the Program Executive Office for Integrated Warfare Systems, said in the statement. “IOC signals that the U.S. Navy is pacing the threat and ensuring the safety and security of our sailors and ships so they can operate wherever required.”

RAM Block 2, a cooperation between the United States and Germany, was designed to protect against the newest generation of anti-ship cruise missiles. It also defends against helicopter and airborne threats and hostile surface craft, and its dual-mode guidance design allows it to engage multiple threats simultaneously.

“RAM has been protecting naval ships for three decades, and the enhanced Block 2 variant enables vital defense of our warfighters far into the future,” said Rick Nelson, vice president of Naval Area and Mission Defense for Raytheon Missile Systems. “The U.S. Navy’s declaration of IOC is an important accomplishment that shows RAM Block 2 is ideally suited to protect against the full range of threats on a variety of platforms.”

Block 2 delivered to the Navy in July 2014 and has since undergone testing. In one test event, the system went two for two against a supersonic maneuvering raid, which Raytheon says is the first time a ship-based firing system has accomplished that.