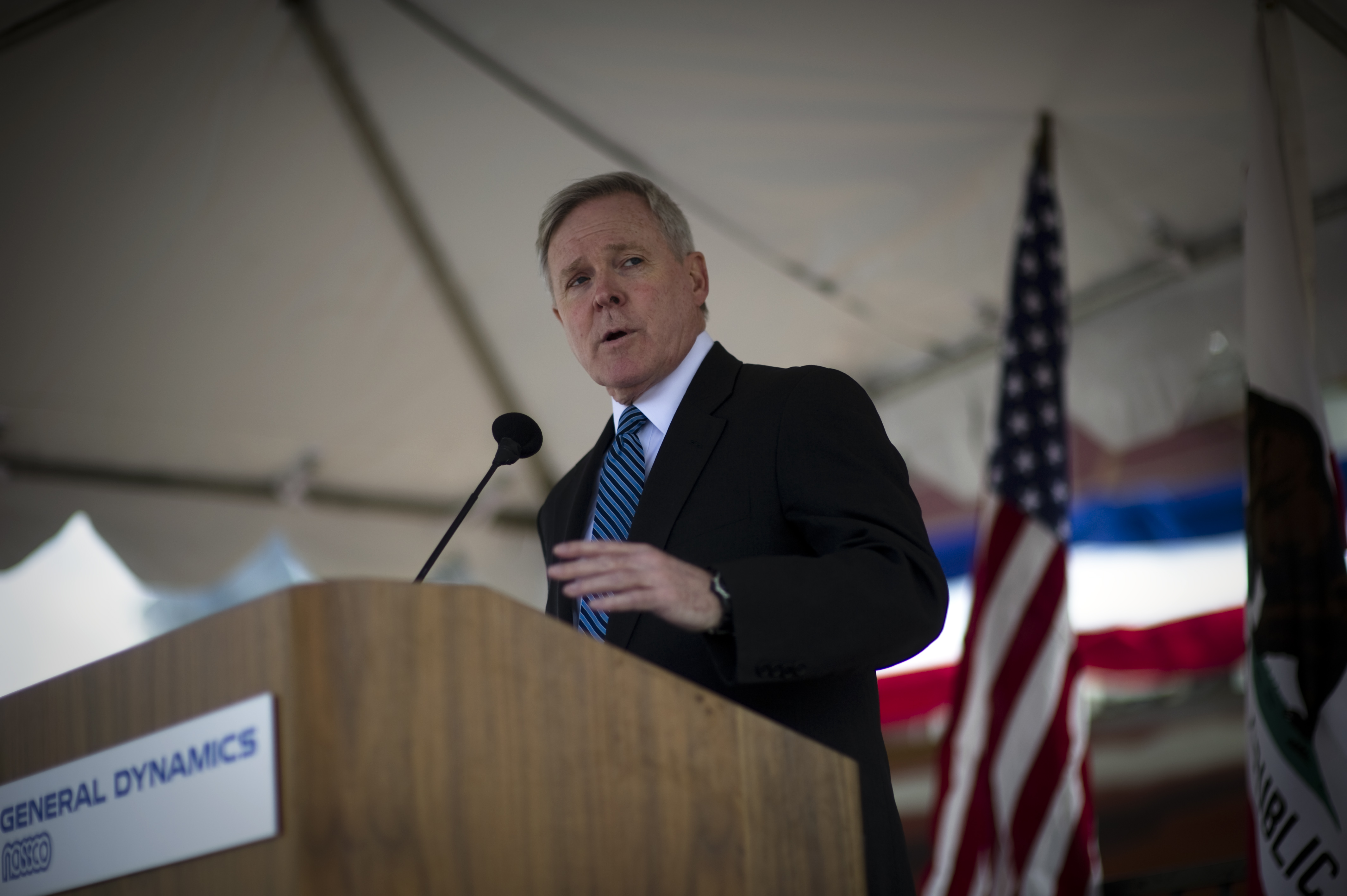 Navy Secretary Ray Mabus knows smart contracting can saves money. He speaks often of how a good contract and some competition let the Navy buy 10 Arleigh Burke-class destroyers for the price of nine.

More recently, “contract courts” that force contracting officers to defend their work have saved billions that can be reinvested in warfighters’ needs, Mabus said Tuesday.

“We’re saving already 10 percent, so $4 billion a year, doing that,” he told the audience at an American Enterprise Institute event in Washington, saying there was room to do even better.
“Now that’s, by the way, more than two Virginia-class submarines that we’re saving right there.”

But even though the Navy understands the importance of closely monitoring its spending, the service may not be able to pass its audit – meaning it cannot account for where its money went, and therefore cannot carefully review spending to find additional savings – because of another Defense Department agency, Mabus said.

Mabus said the Navy pays the Defense Finance and Accounting Service to write checks for all the contracts the Navy awards. DFAS charged $300 million last year for this service, despite the Navy employing its own financial experts and accountants. That $300 million could buy about Lockheed Martin F-35C Lightning II Joint Strike Fighters (JSFs) or about five Boeing F/A-18E-F Super Hornets.

“We tell them who to write the checks to, we tell them how much to write them for, and they write the checks,” he said.
“The Marines got a clean audit. … They got a clean audit in [Fiscal Year 2012]. The audit for ’13 is ongoing. And the audit for ’14 is beginning. Navy is beginning the audit for ’14. We may not even have a shot at a clean opinion because DFAS cannot tell us how they spent our money. Nine out of 10 of their internal controls have been found not to be effective. We cannot count on their data – that we gave them. Do you really need this?”

Mabus questioned decisions to trim acquisition programs, raid readiness accounts and otherwise affect the warfighters’ ability to do their jobs when 20 percent of the Pentagon’s budget goes to the Office of the Secretary of Defense and associated defense agencies. He called them “pure overhead” and said “they’ve grown far faster than the services, even in the time of the Iraq and the Afghan war.”