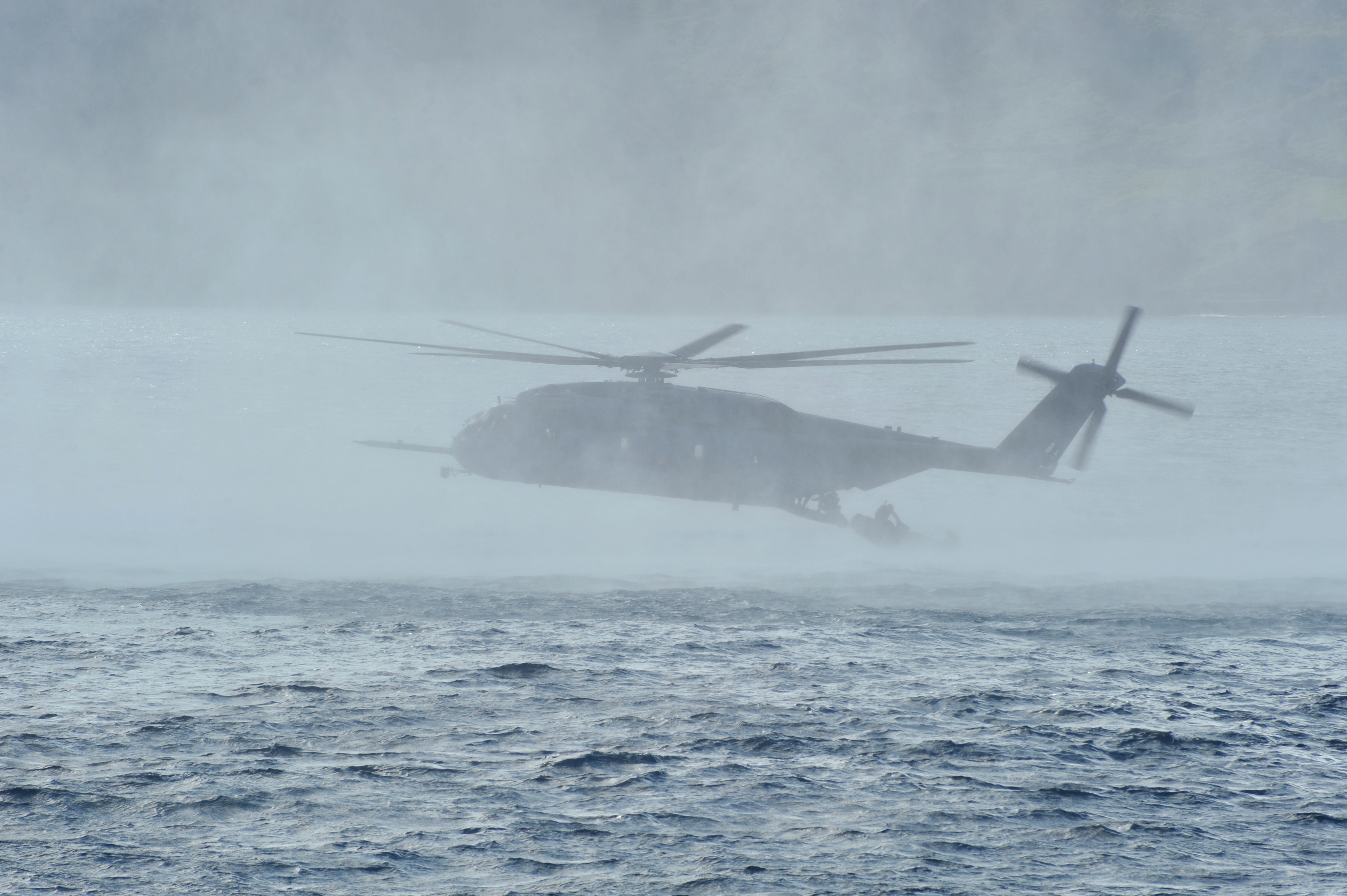 The Navy and Marine Corps are calling on those running wargames, from the smallest unit exercises to the largest international ones, such as Rim of the Pacific 2014, above, to do a better job recording and sharing their lessons learned. US Navy photo.

Well before Secretary of the Navy Ray Mabus issued a recent memo on wargaming, the Navy and Marine Corps did plenty of it. Experiments take place at all levels, from squads to Marine Expeditionary Units to Carrier Strike Groups – and in field experiments all the way up to international exercises.

But a line in Mabus’ wargaming memo may change the way the Navy and Marine Corps learn from these experiments: the memo directs the services to “establish a mechanism to share actionable insights from wargames across the department, with a particular focus on cross-event and longitudinal analysis.”

Col. Scott Creed, who just recently left the Marine Corps for a job at Amazon, said the naval services need an operations Wikipedia – with lessons learned, best practices, current tactics – to keep track of everything they’re learning as they conduct a steady stream of experiments and wargames.

Creed, who was the operations officer for the Marines’ Futures Directorate, told USNI News on April 24, a week before leaving the Marine Corps, that the Navy and Marine Corps were proficient at learning but lagged in knowledge management.

While knowledge management may sound dull, Creed said the naval services’ lack of it means that one rifle company may learn a life-saving technique but have no way of sharing it with other companies, or the East Coast fleet may discover a way to operate more effectively under a particular environmental condition but have no way to share it with the West Coast fleet.

“The folks at I MEF (Marine Expeditionary Force) will kind of get after I MEF issues, and the folks at II MEF will get after II MEF issues,” he said of their major annual exercises.
“But if I can tie now some things together, they will probably not repeat some of the same things over and over again.”

Creed said the services need a Wikipedia-type construct to help in “drawing an intelligent thread where it needs to be drawn” between various related experiments and “being aware of everything that’s going on and trying to best fit them together.”

“There is an element of capturing all the goodness out of all of this, putting it in an easy to use place – think Wikipedia – so that if I want to know, what are we doing when it comes to, say, those company landing teams in Africa, what they’re using for fires?” Creed offered as an example.
“You can go and see where we currently are, and it’s kept up to date. And senior leadership can go in and say, the next Bold Alligator that we do … I would like to go after this problem set that they’re dealing with in Africa. … So now we’re actually making decisions from senior leadership that help the entire organization.”

Creed said there is a secret-level Marine Corps Lessons Learned System (MCLLS) with entries on lessons learned from operations and wargames, but he said the Navy and Marines need an improved, more modern system.

“If I wanted to know how are we going to operate with a disaggregated MEU, … I should be able to go to a Wikipedia-like thing and find it. Well, that just doesn’t exist now,” he said.
“So if someone did it in Marine Corps Lessons Learned, you could see how someone else did it before, and you could come over to our concepts folks and see how they’re kind of coming at it” with upcoming experiments, but MCLLS wouldn’t tie together all the entries on disaggregated MEU operations, and it wouldn’t allow the entries to build off one another.

Creed instead envisions a solution that “looks something like a Google/Wikipedia-type thing where you can search and then you can read all about something that’s been vetted, and then it can be added to – but there has to be a pass-through function to make sure that what’s being added is accurate,” he said. The important part would be that the entries are accurate, up-to-date, and properly tagged with the right metadata so a user will find all the information needed to plan an operation or wargame without repeating what another unit has already done.

Creed said his idea is “gaining traction,” particularly because of its tie-in with Mabus’s innovation effort. Creed said the Marine Corps Warfighting Laboratory already knew it needed a better knowledge management system to ensure it was leveraging its own lessons learned, but with the innovation push it makes sense to create a larger naval system.

“I’m pushing for it to be the next thing we truly go at,” he said. “That could be a year from now when it’s complete, six months from now, I don’t really know.”

The effort is already underway, and while the Army has a portal similar to MCLLS — Army Knowledge Online (AKO) — Futures Directorate spokesman Maj. Tony Semelroth said the new naval system would most closely resemble “what the intelligence community has achieved with Intellipedia and Intelink.”

Creed said industry is nimble enough that it has been able to stay on top of knowledge management better than the military has. After starting his job at Amazon later this year, Creed said he hopes to continue to work with the Navy and Marine Corps to understand how to create the infrastructure needed to implement his Wikipedia-ideal.

“It’s not that there’s a lack of innovative people, it’s that there’s something there, a barrier, in some way, shape or form,” he said of the military’s inability to be innovative at times.
“So ultimately all this innovation stuff is about removing the barriers. Then you can come forth with the good ideas, then you can have an ideation process that allows someone to pick up the phone, the mouse, whatever, and have that go somewhere where it can be acted upon.”