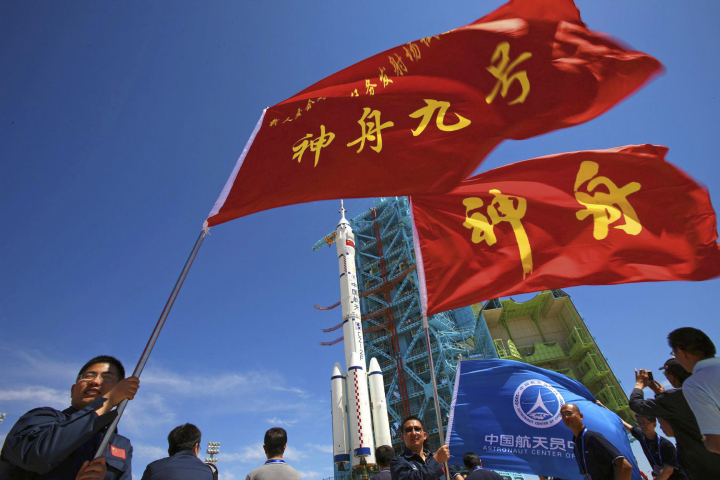 China is designing weapons to counter advanced Western satellite technology using directed energy weapons and jammers and may have already tested some, according to a Friday Chinese military assessment to Congress.

The West — particularly the U.S. — relies on ever expanding constellations of communications and surveillance satellites to maintain its information edge over potential rivals and China is seeking ways to erode that advantage in the event of a conflict, according to the Military and Security Developments Involving the People’s Republic of China 2015 report to Congress.

“China continues to develop a variety of capabilities designed to limit or prevent the use of space- based assets by adversaries during a crisis or conflict, including the development of directed-energy weapons and satellite jammers,” read the report.

Perhaps the most well known is Jan. 11, 2007 test in which a modified Chinese ballistic missile successfully destroyed a defunct weather satellite in polar orbit — littering Earth’s orbit with debris and surprising the West.

Since then, the Pentagon report has cited several instances in which it appears the People’s Liberation Army (PLA) has conducted similar — albeit non-destructive — tests.

A July 2014 missile test “did not result in the destruction of a satellite or space debris, read the report.
”However, due to the evidence suggesting that this was a follow-up to the 2007 destructive test, the United States expressed concern that China’s continued development of destructive space technologies represented a threat to all peaceful space-faring nations, and was inconsistent with China’s public statements about the use of space for peaceful purposes.”
Additionally, in 2013 a suspicious Chinese launch sent an object into an orbital neighborhood crowded with geosynchronous communications satellites.

“Analysis of the launch determined that the booster was not on the appropriate trajectory to place objects in orbit and that no new satellites were released,” read the report.

After a little more than nine hours, the mystery object landed, leaving the rest of the space faring world puzzled to what the object was.

“The United States and several public organizations expressed concern to Chinese representatives and asked for more information about the purpose and nature of the launch. China thus far has refrained from providing additional information,” read the report.

The report feared the test could “have been a test of technologies with a counterspace mission in geosynchronous orbit.”

The U.S. relies heavily on satellites for communications and some targeting of its weapons a fact that has not been lost on the PLA.

“PLA writings emphasize the necessity of ‘destroying, damaging, and interfering with the enemy’s reconnaissance … and communications satellites,’ suggesting that such systems, as well as navigation and early warning satellites, could be among the targets of attacks designed to ‘blind and deafen the enemy’,” read the report.
“PLA analysis of U.S. and coalition military operations also states that ‘destroying or capturing satellites and other sensors … will deprive an opponent of initiative on the battlefield and [make it difficult] for them to bring their precision guided weapons into full play’.”

The report to Congress comes as some in the Air Force have called for a more robust defense of U.S. space assets, according to a Monday analysis from Jane’s Defence Weekly.

“The USAF’s outgoing military acquisition chief recently acknowledged that the Pentagon is devising new concepts for protecting its space assets, hinting at the need for new types of deterrence. ‘We have to put some resources and some focus on protection capability,’ Lt. Gen. Ellen Pawlikowski said in April,” read the Monday report.