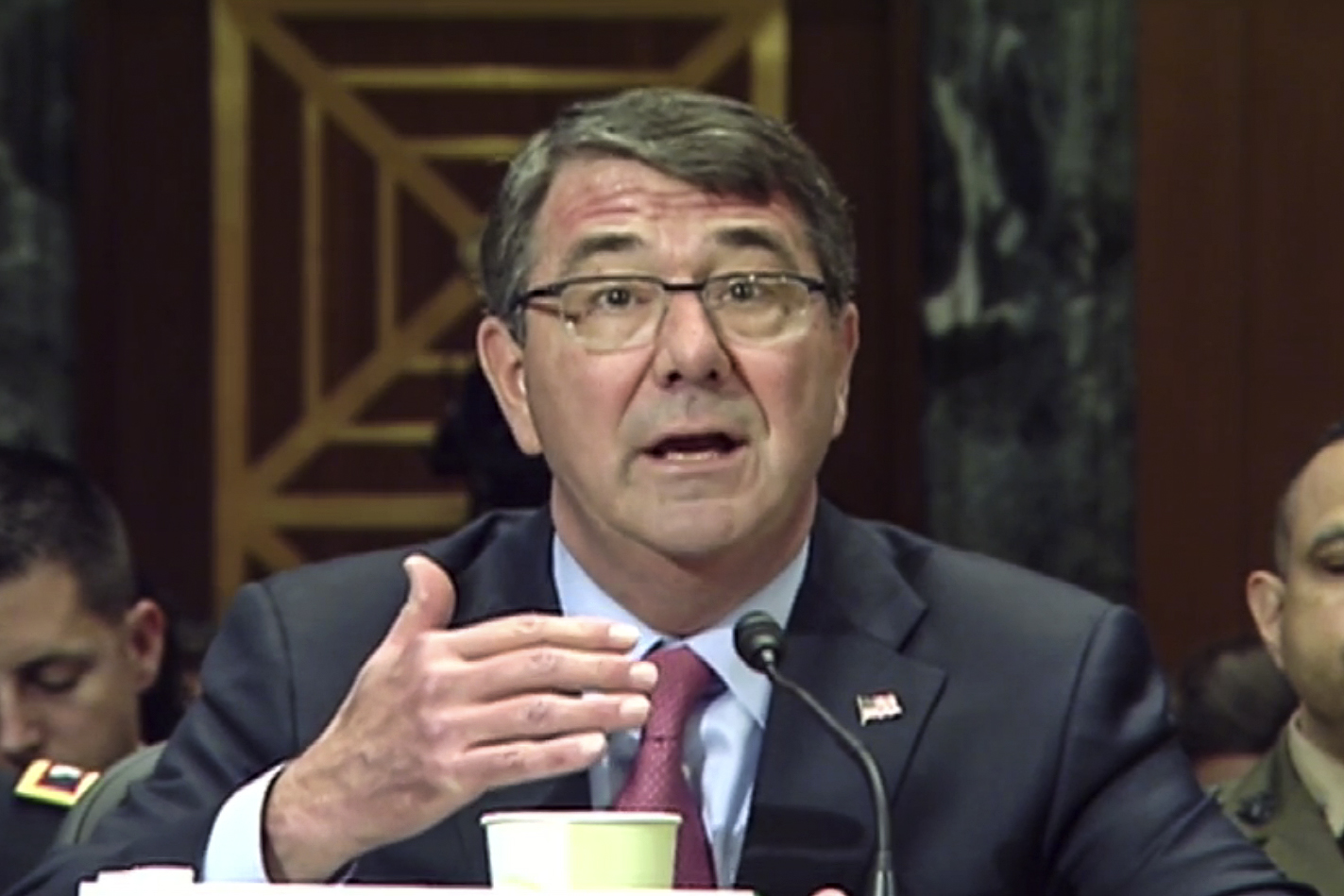 Testifying Wednesday before the Senate Appropriations Defense Subcommittee, Carter termed the recently approved congressional budget plan of increasing Pentagon spending by putting more money in its overseas contingency fund as “a road to nowhere” because it is a single year fix for a multi-year problem.

“Quality ships are not one-year projects,” he said.

The single year approach “does nothing to reduce the deficit” and doesn’t provide a stable multi-year approach” that DoD needs to execute programs such as the Navy’s shipbuilding schedule.

The testimony was the start of the Pentagon’s push back against the Republican proposed budget, a senior defense official told USNI News on Wednesday.

“In his testimony today, Secretary Carter is sowing the seeds for a new multi-year bipartisan deal that would provide critical defense and non-defense funding as outlined in the President’s budget request,” the official said.

Carter agreed with Sen. Barbara Mikulski (D-Md.) that a “nickel and dime approach is not a way to run a proud department.” Carter also seconded her statement that national security was broader than the Defense Department and the nation needed “to think large about national security” to include education, research and development and other areas not usually identified with it.

Army Gen. Martin Dempsey, Chairman of the Joint Chiefs of Staff, added, “Our global aspirations are exceeding our resources” and the military is on “the bottom edge” of being able to execute the national security strategy as written.
He said even without further rounds of cuts the United States “will have less influence” around the world and its forces “will be further away and less ready than we need to be” to respond to crises.

Dempsey said it was militarily practical but required “a significant political decision” to undertake. Carter said ISIS, another name for the Islamic State, remains a continuing threat and it is a movement that can inspire others far removed from Iraq and Syria to commit acts of violence.

Carter called “Iran’s behavior … concerning” from the Persian Gulf to Yemen and of great issue with American partners and allies, such as Israel, in the region. Later, he added in answer to a question that partners and allies needed to step up burden sharing to help provide security in the Middle East.

In Afghanistan, he told the panel its security forces are performing well. “Our strategy has paid off” and the United States, its allies and the Afghan government are close to achieving their strategic goals. Although the administration has said it intends to remove almost all American forces from the country by the end of 2016, Carter said the Defense Department and White House are “constantly assessing progress” and has adjusted timetable in the past as conditions warranted.

“North Korean behavior continues to be provocative,” he said.
“We need to be ready every day” and the United States “cannot trim our presence” on the peninsula.

“China’s behavior [such as building runways on disputed islands and reefs] in the South China Sea is something we oppose.” Militarizing the situation “is not the way to settle long-term territorial disputes” over the Spratly islands, claimed by China, the Philippines and other nations.

But because of China’s actions there, “the Philippines [and other nations] want to do more with us” and “demonstrate the need for the re-balance” to the Pacific.

On the Russian-backed separatists operations in eastern Ukraine, Carter said they appear “prepared for another round of military action” in violation of a February agreement establishing a cease-fire. He did not say the United States would send lethal military aid to the Ukrainian government to block a new offensive.

The “combination of sanctions and falling oil prices” were having an effect on Russia. “It is the weight if the European sanctions” that Russia is feeling because of the volume of trade between the European Union and Moscow, he said.

Carter admitted that the United States is “late in recognizing” the economic and strategic importance of the Arctic and Russia’s intentions there.

“We really just got started on this two years ago,” Dempsey said in what was likely his last appearance before the subcommittee. Dempsey’s term as chairman expires in October.

Marine Corps Gen. Joseph Dunford has been nominated to succeed him.