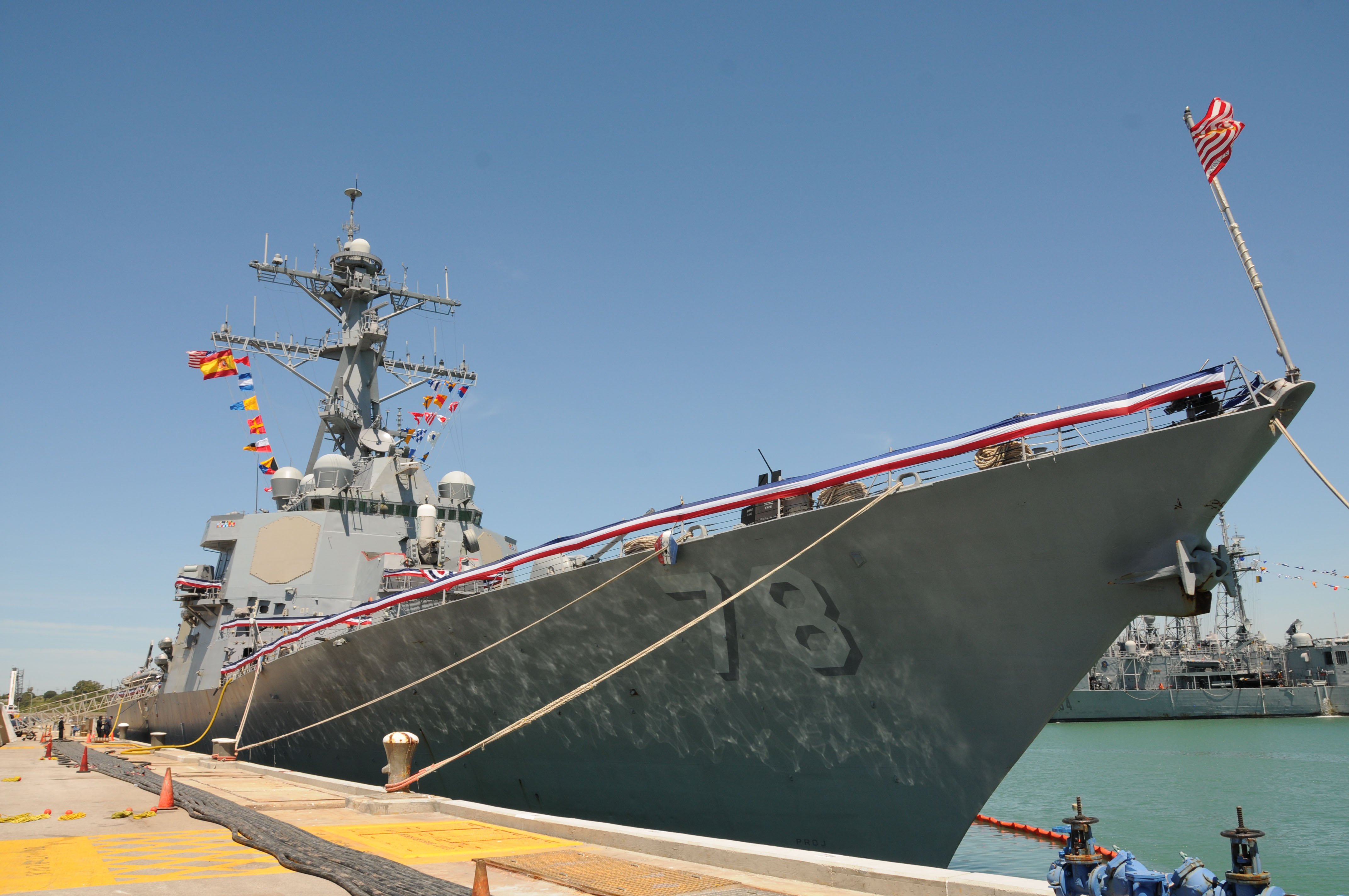 The Arleigh Burke-class guided-missile destroyer USS Porter (DDG-78) arrived in Spain on Thursday to being its ballistic missile defense mission.

Porter will join USS Donald Cook (DDG-75) and USS Ross (DDG-71) in the forward-deployed naval force at Naval Station Rota to carry out the European Phased Adaptive Approach to BMD.

The four ships, which have had their Aegus combat systems upgraded to handle BMD threats, will be responsible for NATO missile defense, maritime security operations, bilateral and multilateral training exercises, and NATO operations and deployments, according to a Navy statement.

Donald Cook arrived in Spain early last year and has gone out on months-long patrols before returning to its home in Rota. Having four destroyers based out of Rota will give the U.S. 6th Fleet flexibility to send the ships out to a variety of locations for a range of missions while at the same time providing a large umbrella of protection for European allies, the Navy statement said.