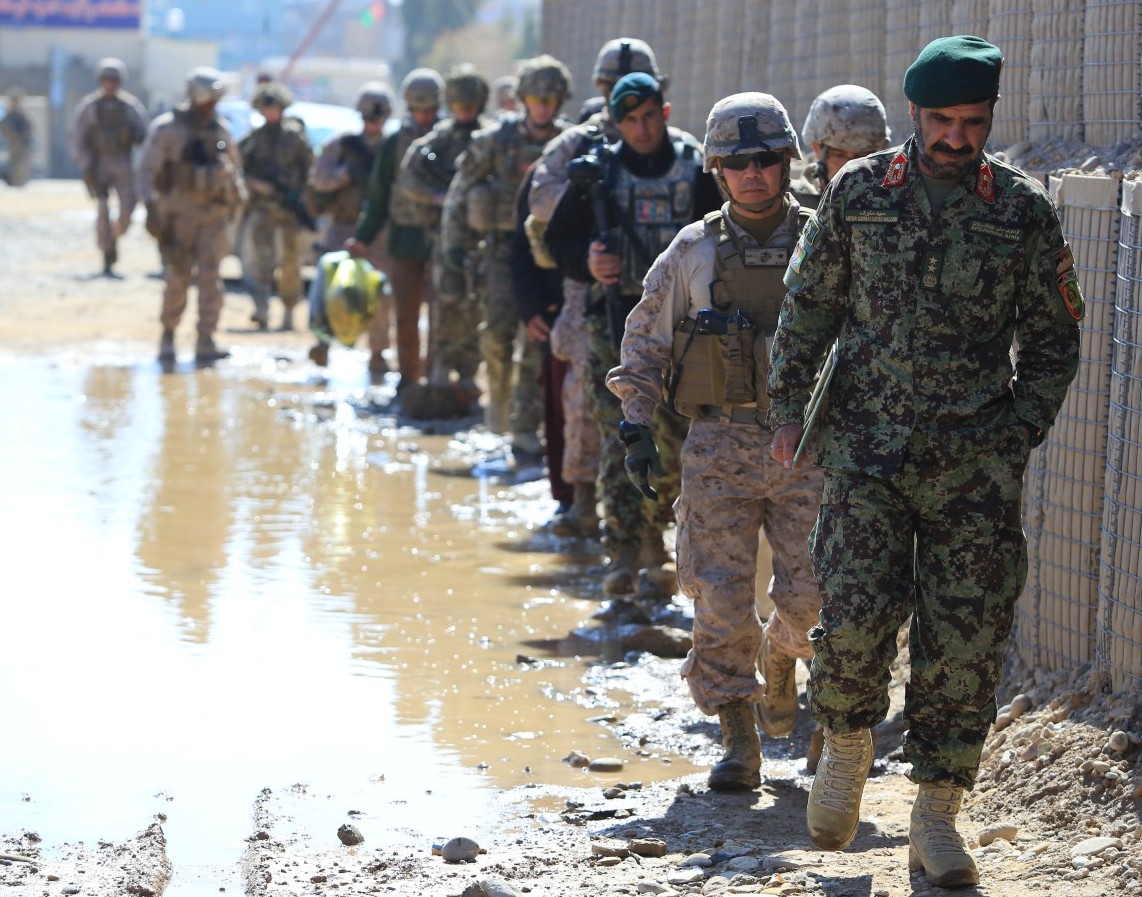 Afghanistan’s chief executive officer says his country “opted for what was good the Afghan people” and the United States, which sacrificed lives and treasure to free the country of Taliban rule in forming a unity government.

Speaking Thursday, at the Brookings Institution, a Washington think-tank, Abdullah Abdullah said that he and President Ashraf Ghani believe the agreement they reached to end the dispute over who won recent elections was a commitment “not to go back to the dark days of the government.”

With all its challenges—and security remains the No. 1 challenge, “the unity government is functioning. We will make it work better and more efficiently.”

Abdullah said that “from day one, there was a true sense of cooperation” with the United States. He called it a “milestone in our relationship [one built] on a foundation of trust and mutual respect.” The relations between the two countries had deteriorated in the final years of President Hamid Karzai’s administration.

Addressing security issues, Abdullah said that while there have been contacts between the government and the Taliban “there have been no negotiations.” He added, “The Taliban should feel some pressure” to negotiate a reconciliation, but “there are no signs . . . that there is serious thought” on the part of Mullah Omar and his lieutenants about doing that.

The differences between the Afghan government and the Taliban on this issue “are as sharp as you can imagine.”

Thanking the United States for agreeing to slow the withdrawal of its forces and those of allies, and its continued financial support for the security forces and economic development, Abdullah said, “Our forces have taken up the challenge.” He noted that four years ago there were 130,000 allied forces in the country as compared with 12,000 now, who have transitioned into a train, assist, and advise role.

Abdullah said the security forces “have been built from scratch,” starting in 2002 and suffered more casualties last year than the allied forces suffered in 14 years. He noted that the retirement of 60 senior general shortly after the unity government took power opened up positions for younger officers, who were promoted on their own merits not their political connections.

When asked about gaps in securing the country, he named medical evacuation, transport, intelligence, and reconnaissance capabilities.

Looking at regional security issues, Abdullah said in Pakistan “certain things have changed” after a Taliban attack killed more than 100 students and teachers at a school with ties to its army. But the results on the ground “have yet to be seen” in eliminating havens for cross-border attacks.

As for Pakistan’s biggest rival, India, he said it has helped Afghanistan in many ways, from building roads, power lines and plants—even Parliament House in Kabul—to providing technical assistance. “Relations between the countries can only grow.”

“I would say we have good relations with Iran” and it has been that way for 14 years.

Abdullah said he and Ghani also have visited many of their other neighbors, including China, to explain to them how they view Afghanistan providing “connectivity between South Asia and Central Asia” in areas from gas pipelines and energy projects to regional economic development.

“We want to do a lot of things at the same time,” but priorities need to be set. Some remain as ideas and others are being negotiated, he said.

Internally, “what we inherited [when taking office, was a situation] in which corruption was the rule” at all levels of government. He said the unity government where his role “is similar to prime minister” has been working to decentralize political power from the president’s office and appointing ministers and provincial governors who are competent and have integrity.

Rooting out corruption and operating under the rule of law “will require political leadership,” he said. “We are committed to materializing our people’s hope.”

“We will make it work [because of] the opportunity given to us by the United States; millions of women [have rights and opportunities], millions of children going to school,” Abdullah said. “It will be good news.”