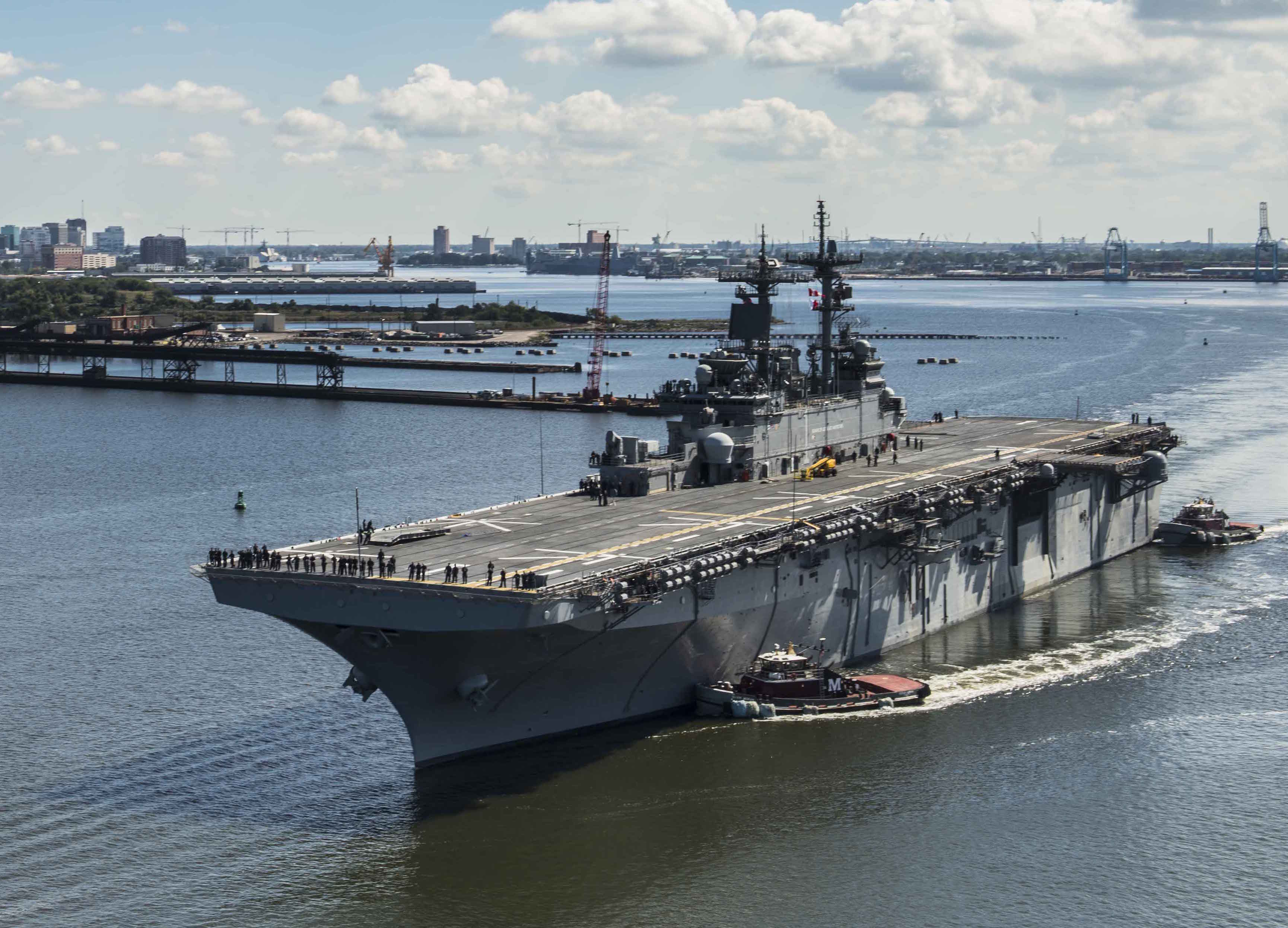 After more than ten years without deploying, the big deck amphibious warship USS Wasp (LHD-1) is ready to ship out to lead an amphibious ready group (ARG) deployment next summer, the Navy said on Thursday.

The news comes as the ship and its crew completed a round of testing to prove repairs to Wasp’s troubled combat systems were successful.

“After a highly successful combat systems ship qualification trial (CSSQT), Wasp has sent a clear, concise and concussive message to the fleet: She is back in the fight,” read an enthusiastic press statement from the ship’s public affairs shop.

The more than two months of testing proved the ship’s close in weapon systems (CIWS), Mk 38 25 mm gun mounts and launches of a RIM-7 NATO Sea Sparrow and a Rolling Airframe Missile (RAM) and its electronic warfare suite.

“As a result of these successful engagements, Wasp was found fully mission capable in combat systems operations,” read the release.

The positive test results follow an upgrade of Wasp’s combat systems to the fleet standard Ship Self Defense Support System (SSDS) as part of a 2014 availability at BAE Systems.

“The last two years have been all about maintenance, including time in dry dock,” said Capt. Kurt Kastner, Wasp commanding officer.
“Many of the crew have never been underway in Wasp. We have a newly installed combat system and ship’s network that will take the crew some time to train on. We also have a very compressed schedule with basic phase events, flag officer high interest port visits and the Joint Strike Fighter operational testing.”

Wasp has been operating in a reduced capacity from Naval Station Norfolk, Va. since its last deployment in 2004 and has served as test platform for the Marine Corps short takeoff and vertical landing (STOVL) variant of the Lockheed Martin F-35 Lighting II Joint Strike Fighter (JSF).

It was taken out of the deployment cycle due to the obsolescence of its mid-1980s Advanced Combat Direction System (ACDS), “automated command-and-control system that in the mid-1980s was envisioned as a centralized means for aircraft carriers and “big deck” assault ships to collect and sort combat information,” according to a 2012 report in Defense News.

After the ACDS system on Wasp failed a qualification in 2009, the ship was assigned the duty of the STOVL JSF test platform.

The ship is now scheduled to undergo flight deck and welldeck certification in the near future, according to the service.

“The crew onboard now had nothing to do with decisions that were made ten years – or longer – ago that took Wasp out of the deployment rotation, Kastner said.
“We are now the ones who will bring the ship back into the rotation and we are scheduled to deploy in the summer of 2016. It’s going to happen.”