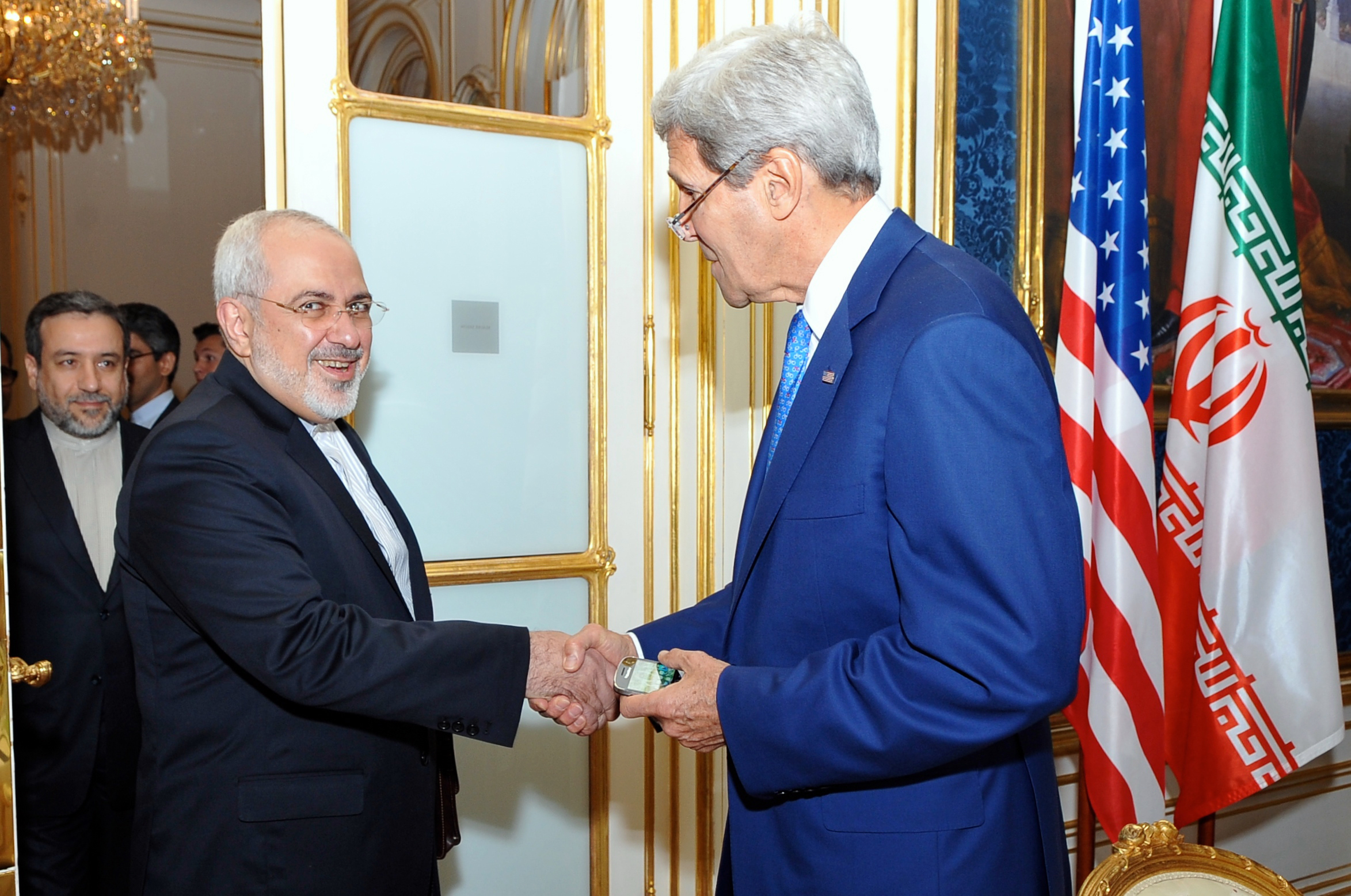 U.S. Secretary of State John Kerry shakes hands with Iranian Foreign Minister Mohammad Javad Zarif as he arrives at a hotel in Vienna, Austria, on July 14, 2014, for a second day of meetings about the future of his country’s nuclear program. US State Dept. Photo

The Art of War says “Know the enemy and know yourself; in a hundred battles you will never be in peril.” Forty-seven members of the U.S. Senate seemed to have forgotten this timeless truth from the ancient war theorist Sun Tzu. Examining how well we know the enemy (Iran), and how well we know ourselves, is always a good place to start before taking actions that many believe are setting a course for war.

How well do we know our enemy Iran? When some U.S. political leaders who are attempting to spoil the P6 agreement before it is finalized were still in preschool, Iran was fighting a costly and protracted war with Iraq (1980–88). Iran suffered an estimated 800,000 to 1 million casualties, or more than the United States ever lost in any war. Iran’s cities were indiscriminately attacked by Iraqi bombers and rockets, some armed with chemical weapons. But the Iranian people’s resolve to resist the Iraqis only grew stronger with each rocket attack.

In the end Saddam’s ill-executed eight-year attempt to destroy the feared Shia-led Iranian Revolutionary regime only made the latter stronger. Iran did not capitulate then when the revolutionary government was in its infancy and the regime was weak. Expecting Iran to capitulate now, when the regime has complete control of the country, and has built up a powerful array of defenses designed to foil exactly the type of attack the United States or Israel might launch against it, is, in a word, irrational.

Examples of failed attempts to use coercive airstrikes to compel an enemy are many. Outside of the Iran and Iraq war, there is the U.S. war in Vietnam. In terms of tonnage per square mile, Vietnam was the greatest coercive bombing effort in human history and it failed to achieve any of America’s objectives.

Hamas remains more popular than ever following the Israel Defense Forces’ blistering bombing campaign last summer. Thus, the Iranian regime will only get stronger the more we threaten the security of the nation and the regime. We have seen this movie before and paid dearly in blood and treasure for the tickets. Clearly something other than precision guided weapons are in order to resolve the Iran problem.

The No Deal crowd offers only increased sanctions against Iran, but other than that there is little in the way of a rational theory of victory. No one in this bunch has adequately explained why more sanctions will work now, when they haven’t worked for the past 35 years. Where do the No Deal proponents see this leading? Consider the fact that Iran has come further out of its box to engage with the Western world with the P6 talks than ever before. By slamming the door in its face, the “No Deal” spoiler option will only leave Iran humiliated and rejected.

You don’t need to be Nostradamus to predict the likely course of events if the No Dealers get their wish. First, Iran will give the International Atomic Energy Agency (IAEA) inspectors, who are currently working in Iran, a one-way ticket home. Feeling further isolated and threatened, Iran is more likely to intensify efforts on its nuclear program. Israel, or the United States, will therefore be more likely to take military action when “red lines” are reached. And when the punitive airstrikes begin the United States will find itself at war with a nation of 90 million people in the largest geographic area since WWII. Many really well-informed people say such a war would cost a lot, and take a very long time to resolve.

The Deal crowd’s theory of victory includes maintaining the current IAEA verification program, and probably strengthening it. Iran’s nuclear activities remain frozen in place, and its highest levels of enriched materials will reportedly be shipped to a neutral country for safekeeping. Although the details are still pending, the deal is reported to buy at least a 10 year moratorium on Iran’s nuclear program.

A lot can happen in 10 years. For instance, trust can be rebuilt with Iran and its people. War can be avoided for at least 10 years. If Iran and its people benefit from peace and engagement with the West, an extension of the inspection regime will likely continue. It’s a small risk to take, with potentially tremendous benefits for the region and the world. In a word, it is rational.

While a limited knowledge of Iran, its history, and culture may be excusable for many Americans, ignorance of ourselves is not. The fact is, we have not won many wars since 1945. In case you hadn’t noticed, our most recent string of “overseas contingency operations” in Afghanistan, Iraq and Libya are not exactly award-winning models of success. Thus, before we have even taken the time to honestly assess the mistakes that we made in the post 9/11 wars, it would be terribly unwise to risk starting another. Especially, when there is another path to take that offers a better chance for lasting peace with an old ally and current enemy—Iran.

I am taken aback at how quickly many in this country have quickly forgotten the lessons of the past 25 years of near uninterrupted U.S. combat operations (ODS, OEW, ONW, OSW, ODF, OAF, OEF, OIF, OOD and now OIR). How could anyone who fought in Afghanistan, and especially Iraq, not understand the limits of American military power? As Gen. David Petraeus famously said, “Tell me how this ends.” That is a question that the No Deal crowd needs to give serious consideration.