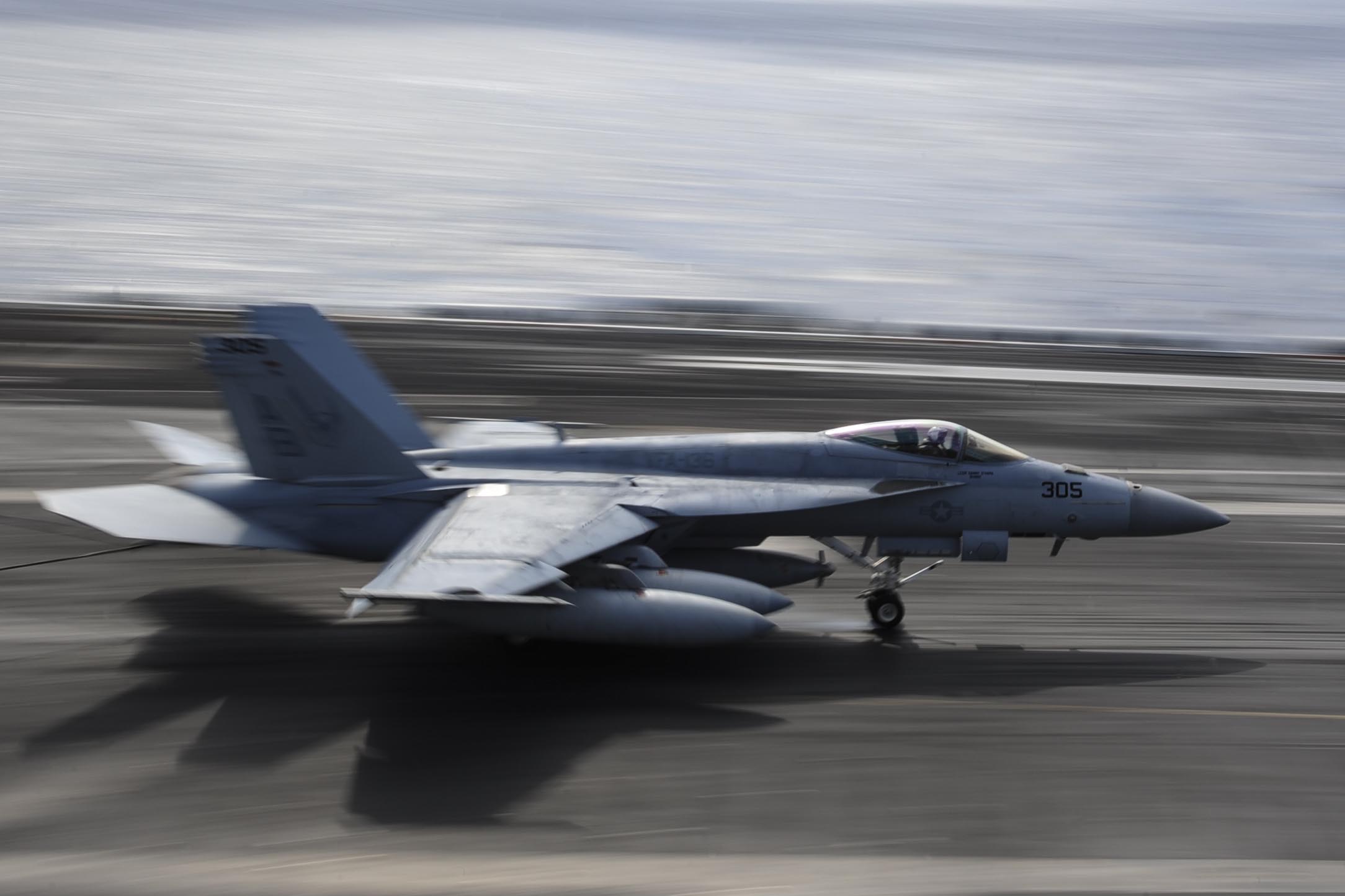 CRYSTAL CITY, VA. — The head of the Navy’s aviation system command is working on ways to bring the tenants of the Pentagon’s larger push for open architecture computer systems to the development of new aircraft as well as bringing more open capability to existing systems.

Open architecture systems — already a staple in the U.S. submarine force and emerging in U.S. surface forces — replaces proprietary defense contractor systems and software with systems that can accept revisions and additions to hardware and software more quickly and from different contractors.

To that end, Naval Air Systems Command head Vice Adm. David Dunaway has tasked NAVAIR with creating laboratories on the ground and in the air to test open architecture concepts.

The work will inform development of new aircraft.

“For our future aircraft, we need to go bottoms up on an open architecture backbone to where everything shows up as a service on your next airplane,” Dunaway said.
“In my euphoric world of the future, I would buy a great airframe with plenty of weight, power, cooling availability and I would be the lead systems integrator for a common computing environment and everything would show up as a service.”

While he didn’t mention any particular program, the Chief of Naval Operations air warfare directorate is in the early requirements process for the follow-on fighter to the Boeing F/A-18E/F Super Hornet — F/A-XX — due to the fleet in the 2030s.

While open architecture promises to reduce modernization and sustainment costs across a host of military platforms, there has been some industry reluctance to embrace the concept and a tendency to protect proprietary intellectual property.

For example in ship building programs, the Navy often structures its contracts to take ownership of ship designs as well as the final products.

Dunaway said his effort was less about owning the recipe for any company’s particular secret sauce but instead wanted to create a set of universal standards for NAVAIR systems.

“We believe that as a [systems command] you need to work that as a lead systems integrator to provide the platform so individual vendors can come in and bring their intellectual property to bear on systems,” he said.
“It’s not a land grab against industry, it is the government taking control of standards that we should have taken control of over the years and open architectures are going to be the key to it.”