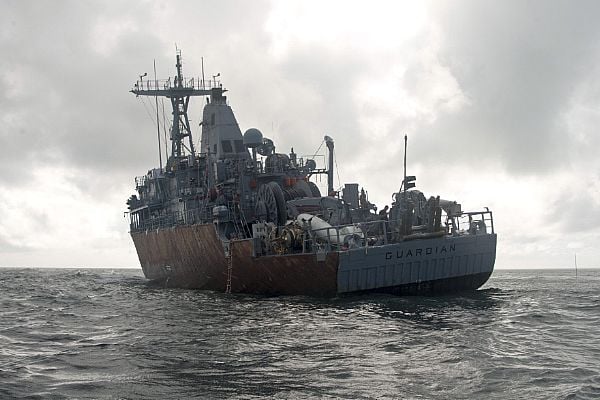 The government of the Philippines has received a $1.97 million from the U.S. for reef damage caused when the former mine countermeasures (MCM) ship Guardian (MCM-5) ran aground in early 2013, according to a Tuesday statement from the Philippine Department of Foreign Affairs.

“The compensation will be utilized for the protection and rehabilitation of Tubbataha Reef Natural Park, a UNESCO World Heritage Site. Portions of the fund will also be used to further enhance capability to monitor the area and prevent similar incidents in the future,” the statement read.
“In addition to the compensation received, the U.S. government is also providing additional assistance to the Philippine Coast Guard to upgrade the PCG Substation in Tubbataha.”

The ship was grounded on Jan. 17, 2013 and resulted in a two months long process of removing the MCM from the Tubbataha reef which resulted in Guardian’s decommissioning and subsequent scrapping.

A report on the grounding found “this tragic mishap was wholly preventable and was the product of poor voyage planning, poor execution, and unfortunate circumstances. This investigation uncovers no single point of failure; instead, there were numerous links in the error chain leading up to the grounding. Had any one of which been appropriately addressed, the grounding would have been prevented.”