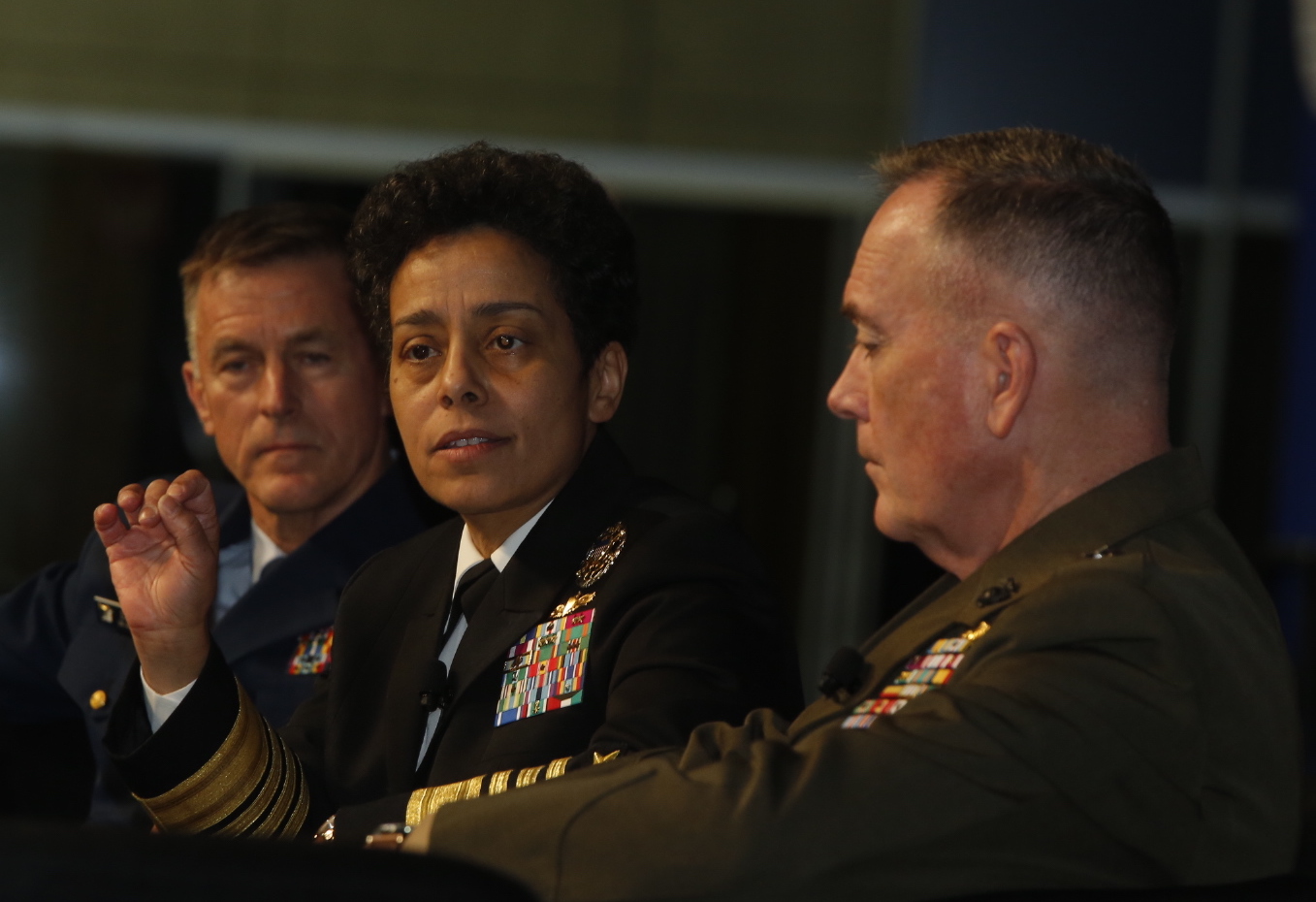 Top sea service leaders spoke Wednesday at WEST 2015 of their concerns about the federal budget and acquisition process, their confidence in the state of recruiting, and how forces are adjusting to a world in which combat operations have been dialed back.

The byzantine world of acquisitions and contracting often prompts calls from military members, politicians and civilians for a smoother and more accessible process. Such a change, they say, might encourage commercial companies to venture into the defense world and attract small businesses and their innovation.

The country has a ways to go, Dunford said.

When work started on development of the joint light tactical vehicle, Dunford said he and Army representatives tried hard to attract a major U.S. automotive company to compete for the project. The company, which he did not name, was interested.

“But after about 18 months of frustration of dealing with the process as it currently exists, and the rigidity of the process, they decided not to do it,” Dunford said.

Howard pointed out that the Navy is the only service that builds aircraft carriers and submarines, projects that absorb a lot of federal dollars. But ships, she said, are the Navy’s top priority.

She pointed to the aging Ohio-class submarines as an example.

“We know we’re going to have to replace her and we know the cost for that is going to be on the order of $9 billion a platform,” Howard said.

Zukunft said the budgeting process for the Coast Guard necessarily has to look long term because its mission has unique ongoing aspects, including regulation and law enforcement.

The Coast Guard is in the midst of adding offshore patrol cutters to its fleet, a move that will allow the service to retire ships that have been in service for a half century.

Marines having spent more than a decade on the ground in Iraq and Afghanistan, but Dunford said he didn’t foresee any problems with putting the focus back on the Marines’ from-the-sea approach to conflicts.