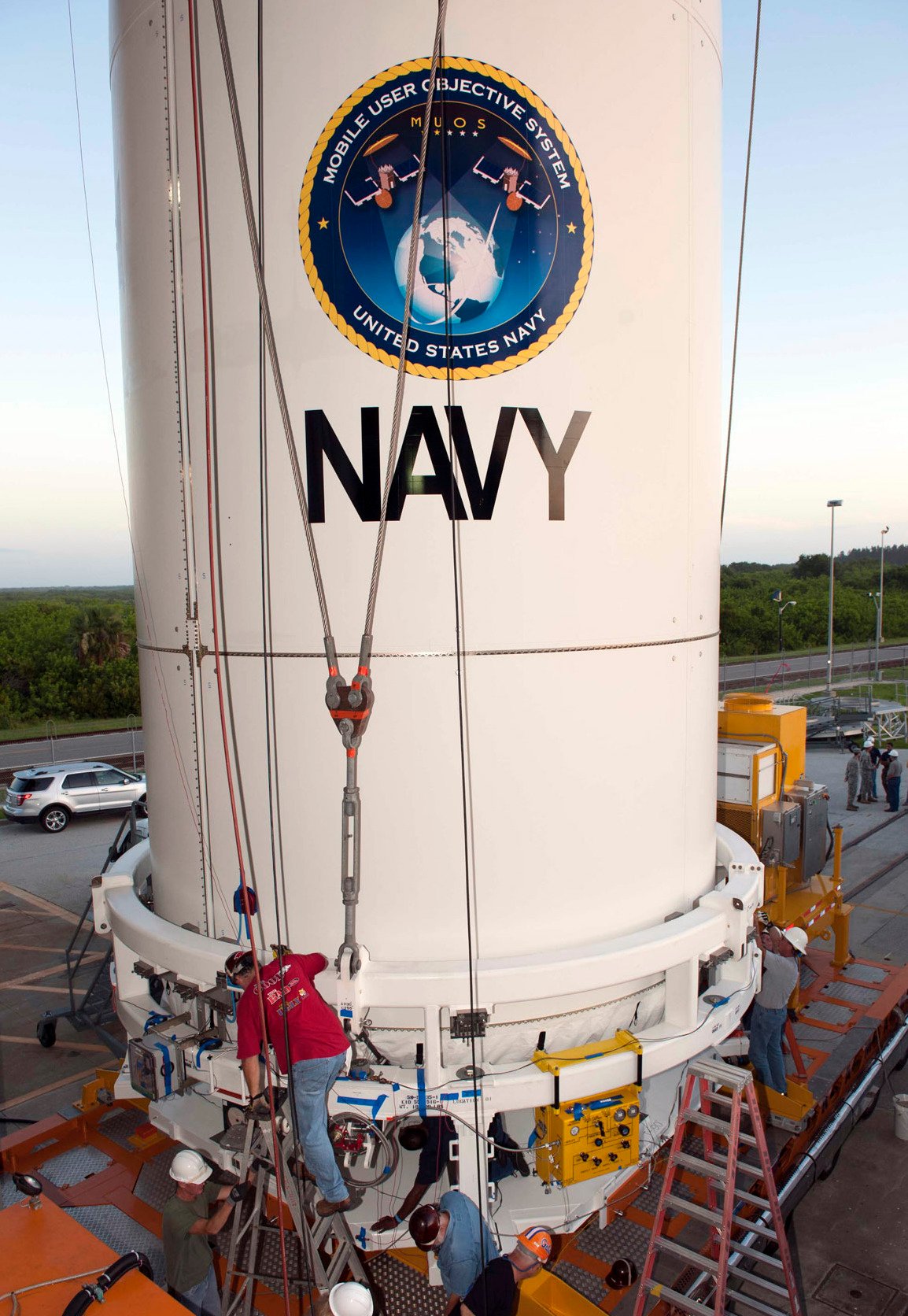 A payload fairing containing the Navy’s Mobile User Objective System (MUOS) 2 satellite is mated to an Atlas V rocket in 2013. US Navy Photo

The latest satellite in the Navy’s new communication network is set to launch from Cape Canaveral Air Force Station, Fla. on Jan. 20, the service announced on Wednesday.

The Lockheed Martin Mobile User Objective System (MUOS) will ride an Atlas V heavy rocket from the Florida launch pad to a geostationary orbit as the third in the planned constellation of five.

“This third MUOS launch is another major step toward achieving a fully operational MUOS end-to-end capability by 2016,” said Navy Capt. Joseph Kan, the MUOS program manager in a statement.
“The Navy, in close collaboration with the Army, Air Force and our industry partners, is bringing the future of worldwide mobile satellite communications into reality for the United States and potentially allied nations.”

The satellites are paired with four ground stations in Hawaii, Italy, Western Australia and Chesapeake, Va.

MUOS was originally to be paired with the Pentagon’s Joint Tactical Radio System (JTRS) program that was cancelled in 2011. Now there are few program of record radios for the systems, though General Dynamics, Rockwell Collins and Harris have developed MUOS compatible radios.