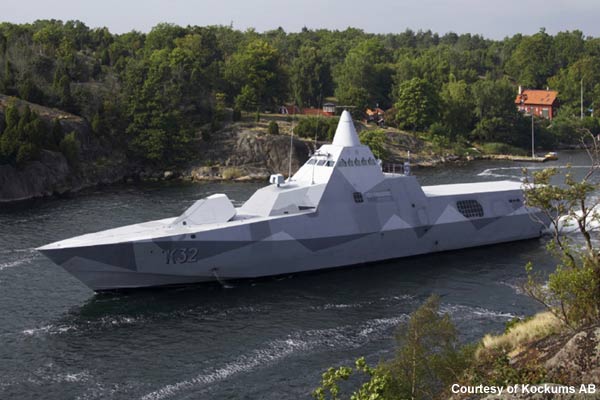 The Swedish Navy has called off a week-long search for a suspected submersible in Swedish territorial waters after an assessment, “that the [vessel] that violated our waters has now left,” said Rear Adm. Anders Grenstad told reporters on Friday.

“It’s the assessment of the defense forces that probably foreign underwater activity has taken place in Stockholm’s inner archipelago,” he said.

According to a separate statement from the Swedish military, “this means the bulk of ships and amphibious forces have returned to port.”

Since last week, the Swedish Navy had surged naval forces in its territory to find what officials called, “foreign underwater activity,” of what could have been, “a submarine, or a smaller submarine… It could be divers using some form of moped-like underwater vehicle and it could be divers that do not have any business on our territory.”

The suspected craft was first spotted on Oct. 17 and again on Oct. 20.

“The Swedish operation was reported to have been the country’s biggest military mobilization since the Cold War,” reported the BBC.

Though the Swedes have not specified the origin of the craft, many have said the likely culprit was a Russian midget submarine.

The Russian government denied any involvement and suggested the mystery submersible was a Danish diesel-electric boat (SSK).

However, there were reports of encrypted transmissions on a Russian emergency channel toward the Russian naval base at Kaliningrad and suspicious movement of a Russian owned commercial vessel, NS Concord.

“Speculation that the suspected Swedish contact could be a midget submarine is certainly plausible. Midget submarines can be launched covertly from beneath larger vessels ,” according to a Tuesday analysis in Jane’s Defence Weekly.

One suspect vessel could be a Project 865 Piranha-class (NATO reporting name Losos).

The Piranhas displace a mere 390 tons submerged and can carry a compliment of nine crew and six combat divers, according to the U.S. Naval Institute’s Combat Fleets of the World.
Piranhas were struck from the Russian fleet in 1997, but reports indicate at least one could have been reactivated as a demonstrator for foreign military sales.