Rep. Randy Forbes (R-Va.) is “concerned at the deficit of strategic thinking” in the Navy and how long time institutional restrictions inside the Pentagon produce, “flag officers who are focused on managerial concerns such as budgeting and engineering rather than executive concerns such as strategy,” according to a July letter sent to Chief of Naval Operations (CNO) Adm. Jonathan Greenert and recently obtained by USNI News.

“I find the degree to which we as a nation are devoting any real intellectual energy to the subject [of strategy] to be minimal, just as I find that our capacity to devote such energy to be waning,” read the July 28 letter from the chair of the House Armed Services Subcommittee on Seapower and Projection Forces to Greenert.
“I write to you because of my sense that an effort to restore strategic thinking in the U.S. government must be started and championed by a strong advocate. I believe the Navy can be that champion and the Chief of Naval Operations can be its chief advocate.”

The letter did not cast blame toward the CNO or Navy leadership but rather on institutional restrictions like the 1986 Goldwater-Nichols Act.

Goldwater-Nichols put operational military control in the hands of the individual joint combatant commanders (COCOMS) around the world who report to Department of Defense leadership and moved the service chiefs into roles focused on training and equipping forces.

“‘Jointness’ has brought great benefit to many areas, but I fear that it has reduced the perceived position of Chief of Naval Operations to the Navy’s head programmer and budget-maker, rather than the nation’s foremost expert and advocate on the nexus between Seapower and National Power,” the letter read.
“It makes eminent sense to start with the Maritime Strategy, developed by the Chief of Naval Operations, but in recent years we seem to have turned ourselves upside down by increasingly emphasizing programs and force structure rather than starting with a strategy based on what we need naval forces to do and in what scenarios.”

In particular, Forbes singled out China’s growing military capability as a strategic consideration that needed more attention from the service.

“Unfortunately, I see the Navy approaching China’s rise in much the same way as it has other strategic planning challenges in the past 30-plus years: with marginal changes to scenarios that drive minimal changes in program decisions,” Forbes wrote.
“For the first time since the end of the Cold War, the time is approaching when the Navy may be required to wrest sea control from a determined and capable maritime opponent. The Navy has yet to come to grips with this fundamental change.”

The Navy and the Pentagon’s public posture toward China has been admittedly cautious.

In June, Greenert told an audience at the Naval War College in Newport, R.I. that open conversations on how to counter the People’s Liberation Army forces could, “unnecessarily antagonize” China.

“It would be antagonistic to any country to openly say that we are preparing [for conflict],” Greenert later told reporters the same day.

“If China is indeed ascending to the position of a great power — which I believe they are — they too need to be able to listen to criticism and assess their actions without simply resorting to retaliation,” wrote Forbes.
“To let Beijing dictate to us the parameters of our domestic conversation about their rise and role in Asia out of a fear for how they might react would limit the transparent process by which our nation generates sound foreign policy.” 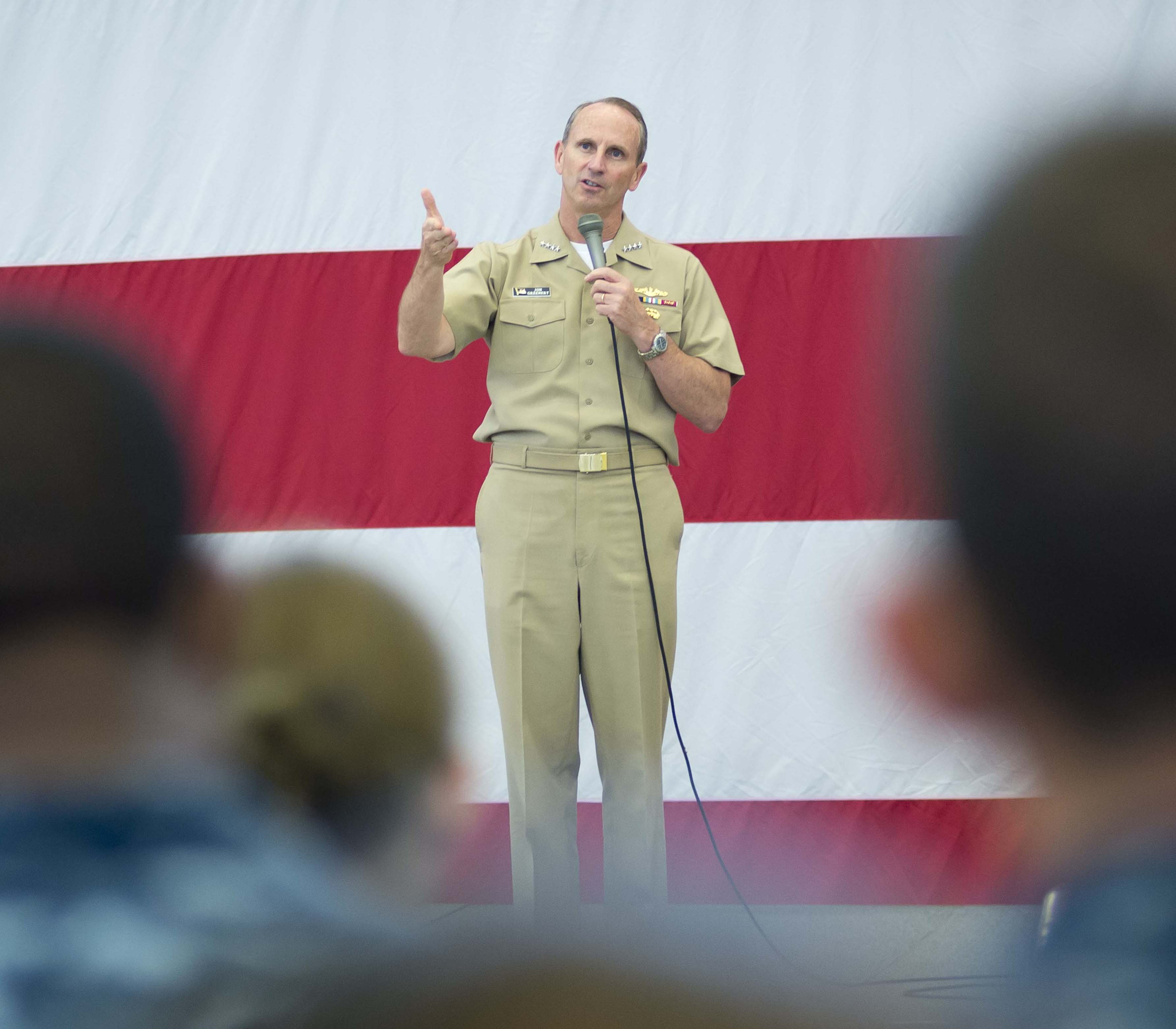 The Navy told USNI News it has spoken with Forbes since the letter was sent.

“CNO did receive the letter and has since had a private discussion with Congressman Forbes,” Greenert spokesman Capt. Danny Hernandez told USNI News on Wednesday.
“Without getting into the details, the meeting was an opportunity for CNO to fill Congressman Forbes in on what the Navy is doing with regards to strategy and to discuss critical capabilities our Navy is pursuing.”

As for the Navy’s larger strategic questions, the service has told USNI News it’s been making progress in recent months

In the last few years the Navy has been also working toward a refresh of its Cooperative Strategy of the 2007 21st Century Seapower (CS 21), along with the Marine Corps and the Coast Guard, to develop a unified strategic document to guide all three U.S. maritime services.

The CS 21 refresh has gone through several revisions in the last few months and planned to be released later this year.

Along with the refresh, the Navy has also established a strategic studies specialty at the Naval War College to easily identify strategic thinkers in the service with a classification code.

The service is also creating a strategic mentorship program and has started down other avenues to draw together the fleet’s strategic thinkers, Foggo told USNI News in a June interview.

“There needs to be a greater level of discussion, cooperation, comparing notes and the types of things the Navy’s working on to drive the thing forward,” he said.

So far, Forbes said he’s been happy with the Navy’s initial response to the July letter and is waiting to hear more, according to a Wednesday statement to USNI News.

“I have been pleased with the CNO’s response and initial level of engagement with me on this important issue,” Forbes said in the statement.
“We are now looking to schedule a number of follow-up engagements with myself, other members of Congress, and the CNO to continue the conversation about the best way to develop future warfighting requirements for our sea services and construct a maritime strategy that is more than just a justification for our current posture and programs of record.”