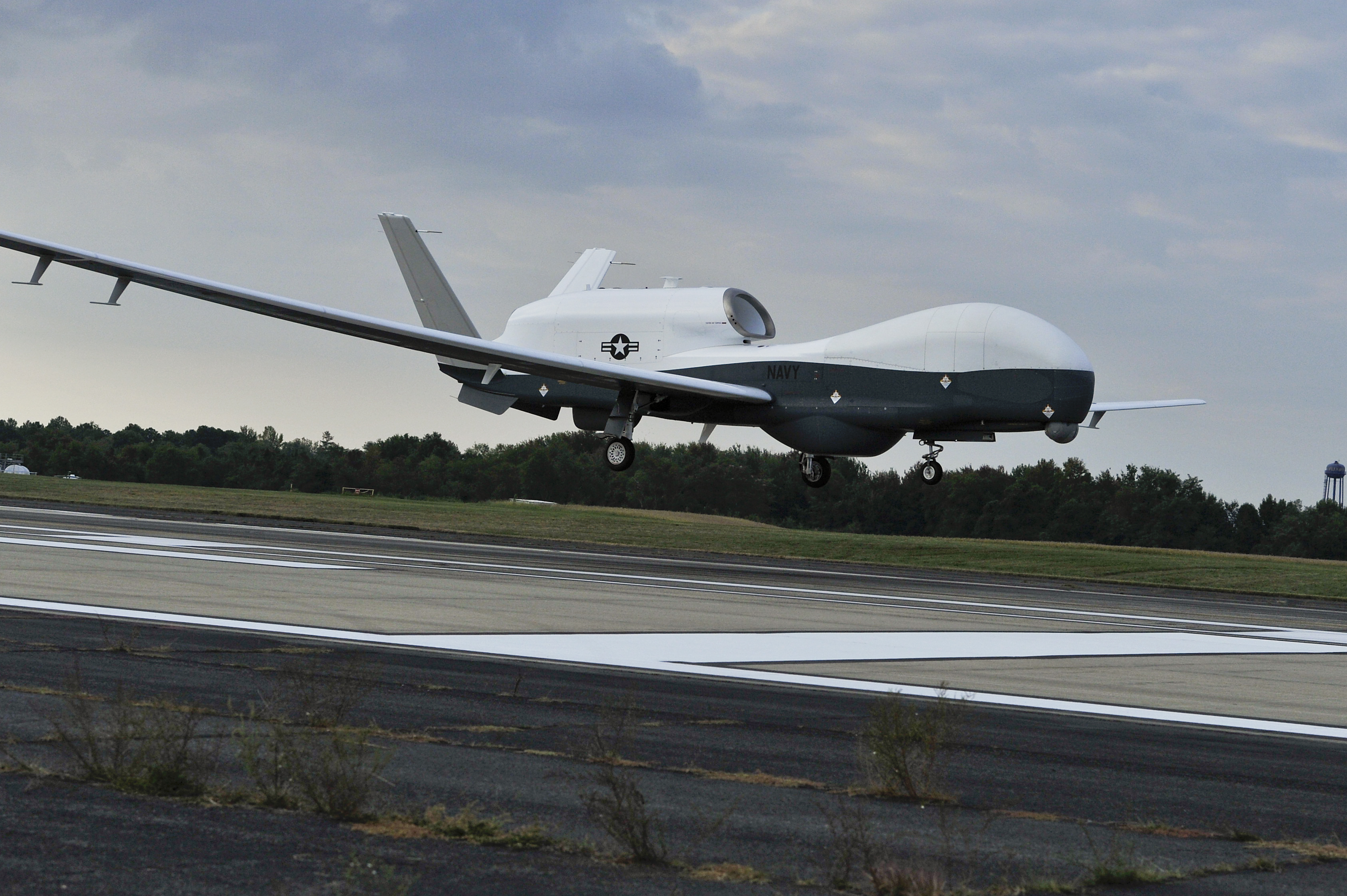 The aircraft arrived at 7:53 a.m. from Northrop’s facilities in Palmdale, Calif., after an approximately 11-hour journey that crossed 3,290 nautical miles.

With the MQ-4C’s arrival at NAS Patuxent River, the Navy is transitioning from basic initial flight-testing to more operationally oriented sorties. This next test series will verify that the Triton’s mission systems — such as its radar and other sensors — will meet the Navy’s specifications.

“The testing performed here over the next few years is critical to delivering a capability that will provide our warfighter an unparalleled awareness of the maritime environment in locations across the globe,” said Rear Adm. Mat Winter, the Naval Air Systems Command’s program executive office for unmanned aviation and strike weapons (PEO (U&W)) in a statement.

According to the Navy, the Triton took a circuitous route to NAS Patuxent River. The aircraft flew along the southern US border, the Gulf of Mexico and across Florida via an approved instrument route before flying up the Atlantic coast and Chesapeake Bay. The MQ-4C maintained an altitude in excess of 50,000 feet during the flight to avoid civilian air traffic.

One of the reasons for the elaborate route is that the Federal Aviation Administration (FAA) does not normally allow unmanned aircraft to operate inside the national airspace system without a certificate of authorization.

“The coordination to bring the Navy’s largest unmanned asset across the country was significant and involved many organizations,” said Capt. Jim Hoke, the Navy’s program manager for the Triton program.

NAVAIR hopes to begin Triton flight operations at NAS Patuxent River within the next few weeks according to the Navy. In addition to mission systems and interoperability test, the Navy will also perform additional flight envelope expansion testing.

According to the Navy, the three Triton test vehicles will fly approximately 2,000 hours before achieving initial operational capability (IOC) in 2017.