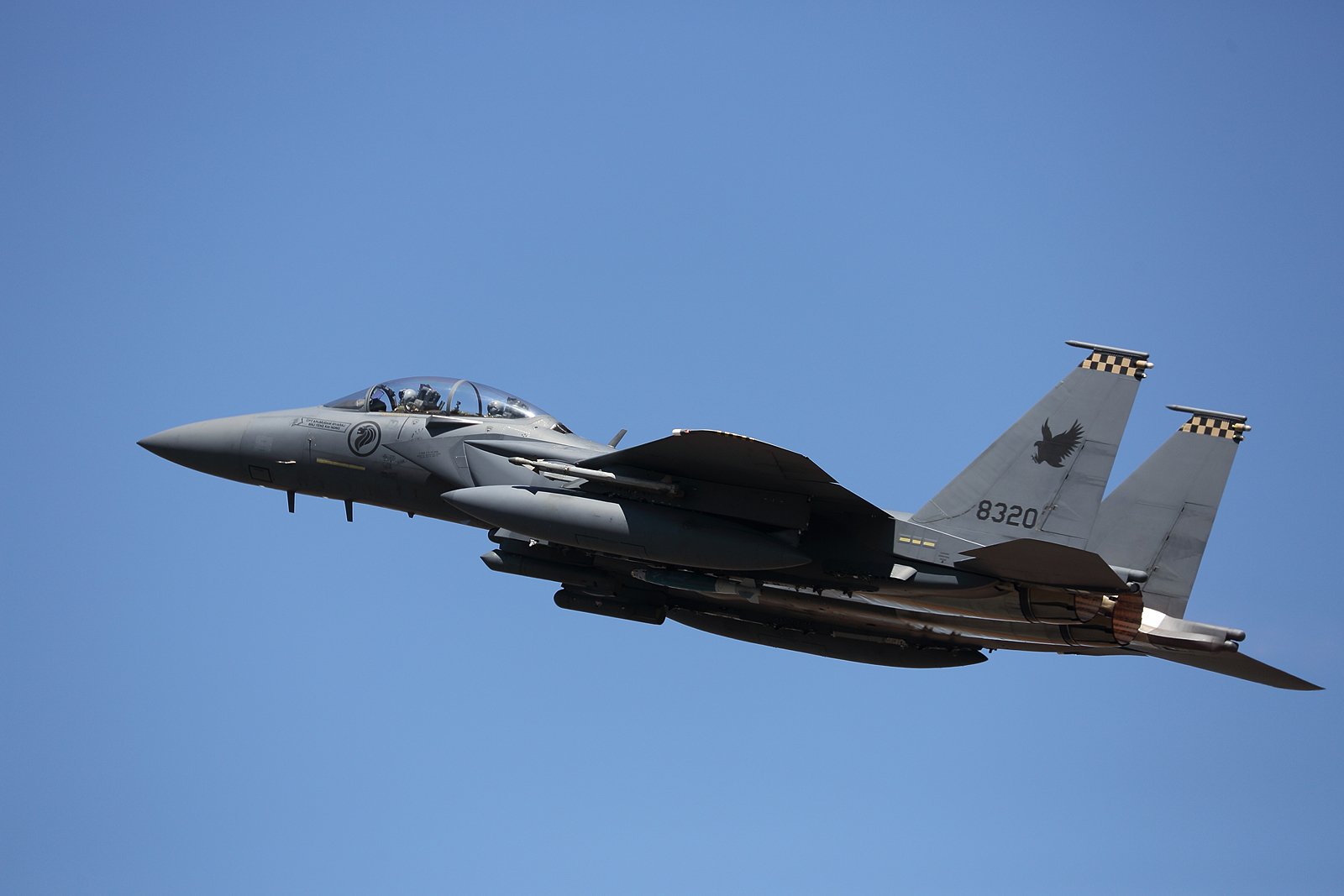 Singapore appears to have more than its declared total of 24 Boeing F-15SG Eagle multirole fighters, with recent developments indicating that the small Asian city-state is already operating 32 aircraft, and looks set to bring that total up to 40.

Located strategically at one end of the Straits of Malacca chokepoint where a quarter of the world’s annual maritime trade passes, Singapore plays a vital role in regional security and is a close security and defense partner with the United States

In a notification to Congress by the State Department’s Directorate of Defense Trade Controls indicate dated Nov. 26, 2012, it was revealed that Singapore had ordered eight more F-15SGs to add to the 24 already ordered in two separate batches of 12, in late 2005 and November 2007. These aircraft, ordered under Direct Commercial Sales (DCS) contracts with Boeing, were delivered by late 2011, with the 23rd aircraft from the second batch observed at the Singapore Airshow in February 2012.

At the show, Roger Besancenez, then-vice president of Boeing’s F-15 program, revealed that F-15SG deliveries were to be completed by the 4th quarter of 2012, while Boeing itself announced that eight F-15s were delivered (to an unknown customer) that year.

Singapore’s F-15SGs all carry USAF-style serials based on their Boeing construction numbers (starting from 05-0001 in running order) stencilled onto the port engine intake. The Republic of Singapore Air Force’s F-15SGs based in the United States with the 428th Fighter Squadron at Mountain Home Air Force Base, a joint USAF-RSAF pilot continuation training detachment training Singaporean pilots and Weapon Systems Officers under the Peace Carvin V program have this number repeated on their vertical tails, while USNI (Ed: i.e Me) has observed that F-15SGs based in Singapore with the RSAF’s 149 Squadron carry a 4-digit 83xx tail number which do not run in sequence.

Meanwhile, at least two of Singapore-based aircraft, carrying the RSAF serials 8331 and 8332, have been observed with tape stuck on the intake stencils covering up the construction numbers.

USNI News saw F-15SG 8331 at the recently concluded Exercise Pitch Black in Darwin, Australia and “26” as the last two digits due to the tape having been partially worn off. Together, these appear to confirm that Singapore already has at least 32 F-15SGs in its inventory

In addition, on 5-6 August 2014, Boeing took out eight civil aircraft registrations with the Federal Aviation Administration for what it described as F-15SG aircraft. If these indeed represent an additional batch of F-15SGs acquired by Singapore, it would allow Singapore to form a second squadron of F-15SGs in Singapore, most likely to replace a handful of upgraded Northrop F-5S/T Tiger II interceptors which are due to be retired in the near future.

Notoriously secretive with its military matters, Singapore has remained tight-lipped about the number of F-15s it actually has, other to say that it has sufficient numbers to meet its defense needs. Similarly, Boeing has been coy about discussing numbers regarding its F-15SG program.

The most advanced version of the F-15 in service today (until Saudi Arabia’s F-15SAs are delivered), Singapore’s F-15SGs feature the Raytheon AN/APG-63(v)3 Active Electronically Scanned Radar and is equipped with the AIM-9X Sidewinder and AIM-120C Advanced Medium Range Air-to-Air Missile for air combat, along with GBU-10/12 Paveway II Laser Guided Bombs (LGBs) and GBU-31/38/54 Joint Direct Attack Munitions (JDAMs) in the air-to-ground role. It is also widely-believed Singapore has acquired the AGM-154 Joint Stand-Off Weapon for its F-15SGs.