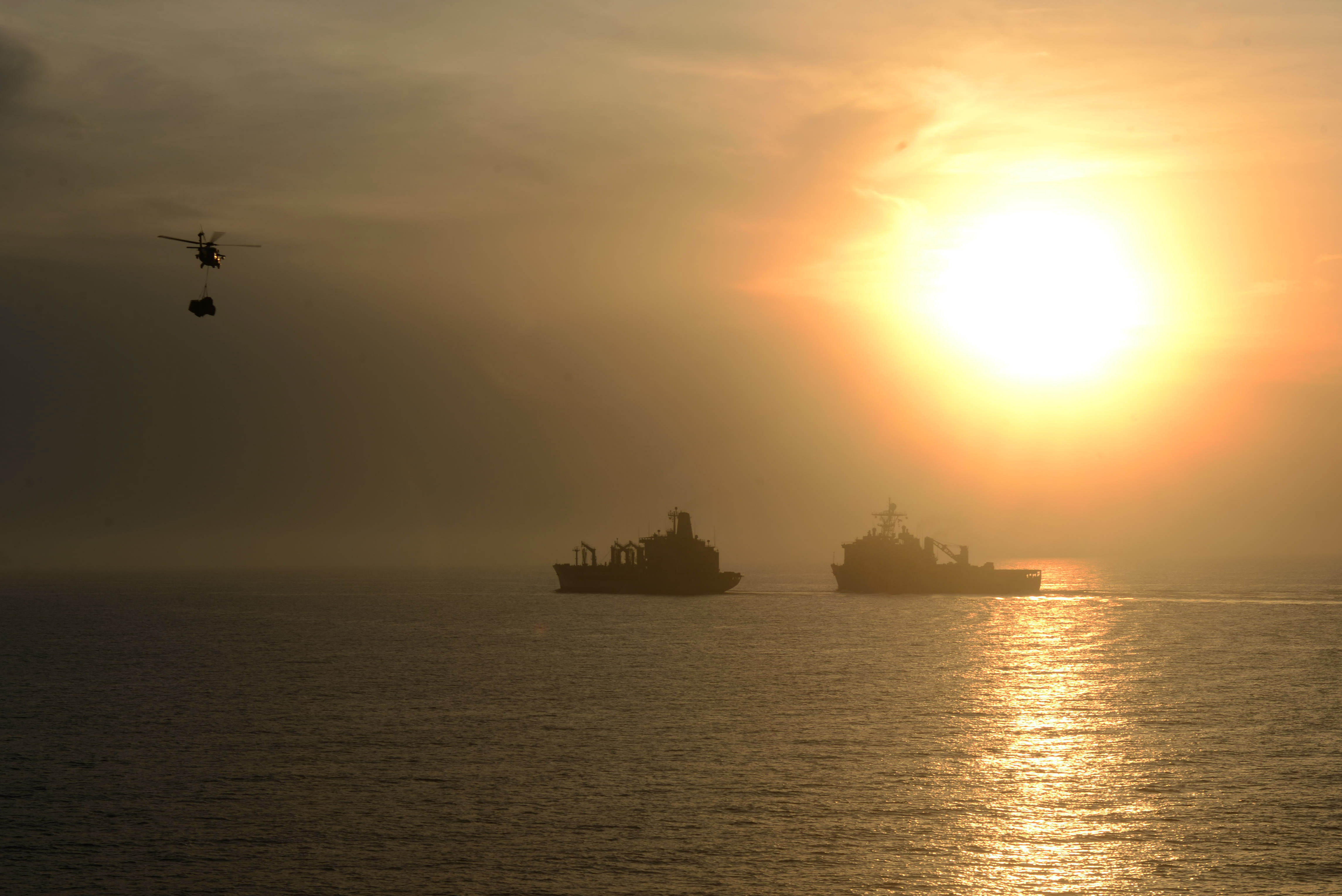 The Navy is intent on squeezing every dollar it can out of its next generation amphibious warship program ahead of finalized set of requirements due next year, the Navy’s chief shipbuilder told a congressional panel on Friday.

The replacement effort for the long-serving Whidbey Island and Harpers Ferry landing ship docks (LSD-41/49) — LX(R) — will keep a weather eye on cost as the ship concept moves its way through the analysis of alternatives (AoA), Sean Stackley, Assistant Secretary of the Navy for Research, Development & Acquisition (RDA), told the House Armed Services Subcommittee on Seapower and Projection Forces on Friday.

The service is aiming for about 11-ship class that will cost about $1.43 billion a hull, once in production, Stackley told reporters following the hearing.

His ballpark figure is about two-thirds the $2.1 billion cost of the eleventh San Antonio-class warship (LPD-17), which Stackley said was the program’s goal in an early July interview with Reuters.

The cost of the lead ship — which will bear the brunt of the learning curve for the program — will be higher. The Navy did not provide formal costs to USNI News

“Until a preferred alternative is chosen, it would be premature to release a cost estimate for the lead and follow ships,” the service said in a Monday statement.

The Navy and the Marine Corps have already taken two passes at the AoA which will be ready sometime in 2015.

“There will be another third pass and there maybe a fourth pass,” Stackley said.
“We’re not there yet.”

The extended process will be worked inside the Department of the Navy and require approval from the chief of naval operations (CNO) and the Marine Corps commandant before moved up to big Pentagon for a final blessing.

The head of Naval Sea Systems Command (NAVSEA) — Vice Adm. William Hilarides — told reporters in May the ongoing look into the LX(R) design was, “the best ship design conversation we’ve had in a long time inside the government.”

To keep the costs down, Stackley said the Navy has brought in the shipbuilding industry to help with the affordability component of LX(R).

The range of options in the LX(R) AoA include an entirely new ship, a variant of the existing LPD-17 design and foreign amphibious ships, Stackley told the panel.

Marine Corps leadership has said a LX(R) design based on the San Antonio hull would bring several advantages to the amphib fleet.

An other advantage of using a version of the San Antonio could be taking advantage of a so-called “hot” production line at Huntington Ingalls Industries’ Ingalls Shipbuilding in Pascagoula, Miss.

“The hull form does provide a well known baseline that we’re looking at a modified LPD-17 to see if we can drive that in the right direction in terms of affordability for the LX(R),” Stackley said.

The LX(R) will be one of the first new ship designs to be crafted under a set of “design for affordability” goals implemented by the Navy.

Born following the 2008 cancellation of the wildly unaffordable next generation cruiser (CG(X)), the affordability push calls for more back and forth between the authors of a ship’s requirements and the guardians of the Navy’s shipbuilding dollars.

Military Sealift Command’s (MSC) Mobile Landing Platform (MLP) was the first to be subjected to the new cost regime. According to previous interviews with Stackley, the affordability refinements shaved about half of the cost off the program.

The LX(R) design will likely face a high level of scrutiny as it moves through the Navy and the Pentagon. The service’s track record with amphibious ship design has been far from stellar.
Though the program has settled down, the San Antonio-class development program was fraught with manufacturing mistakes, overruns and delays — in part because the service ordered the lead ship to begin construction with only about 30 percent of the detailed design work completed.

The Navy and the Marine Corps have also clashed over the design of the America-class amphibious helicopter carrier (LHA-6). America and Tripoli (LHA-7) will be built without the characteristic well deck allowing the ship to take on amphibious landing craft. The Navy has said LHA-8 will be redesigned to include a well deck.

With increasingly tighter budgets, the service has much less room to make mistakes on LX(R) necessitating the careful examination of the next gator.

“It’s bringing those clean set of requirements in that the Marine Corps requires for their lift capability, looking at those alternatives and figuring out across that family of alternatives how do we drive this into an affordability box that we’ve set for the program,” Stackley told the panel.