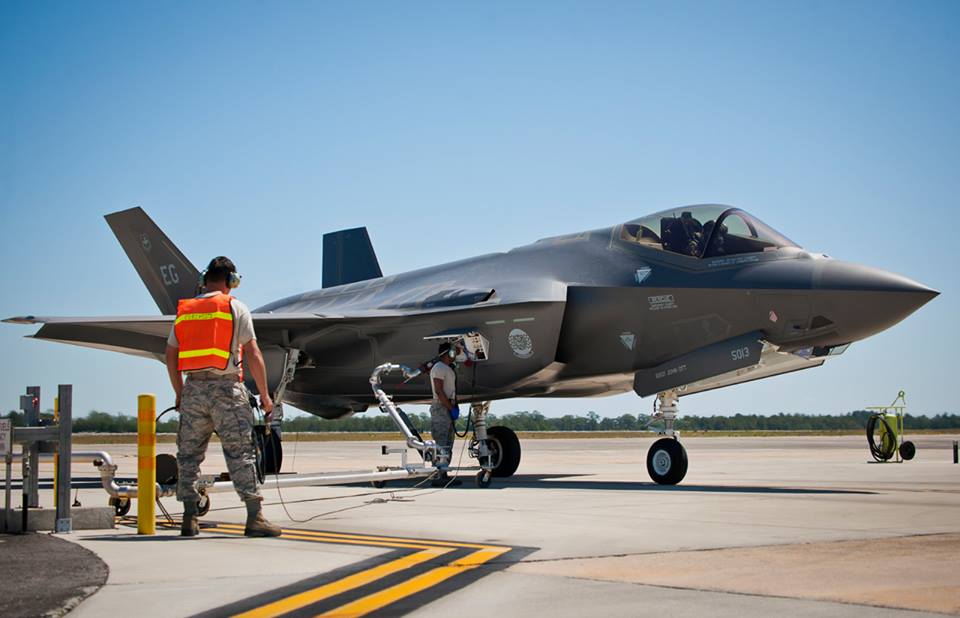 “Flights for the F-35A CTOL [conventional takeoff and landing] aircraft are temporarily suspended today,” said 1st Lt. Hope Cronin, a public relations officer for the 33rd Fighter Wing. “The F-35Bs and F-35Cs are on a weather pause at this time as Florida weather is rather disagreeable at the moment.”

The rest of the F-35A fleet is flying however according to Joint Program Office spokesman Joe DellaVedova. “Experts are working root cause,” he said.

The fact that the F-35A fleet is still flying suggests that a design flaw is not suspected as a cause of the fire.

This is the first incident this severe for the JSF during the life of the tri-service program.

There are currently 104 Joint Strike Fighters in the U.S. inventory — split between U.S. Air Force, U.S. Navy and U.S.
Marine Corps variants, according to information from Lockheed.

Eglin — located on the Florida panhandle — is the home the training centers for pilots and maintainers for all three U.S. variants of the JSF as well as international variants.