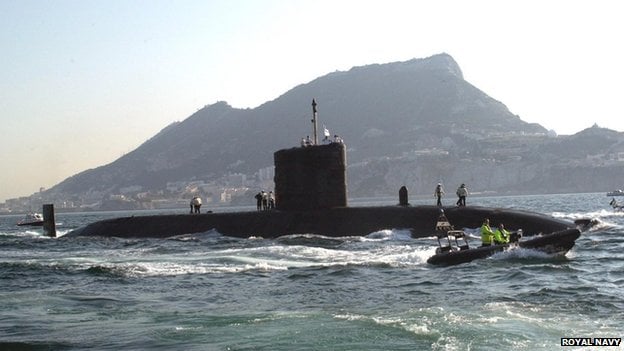 The 5,300-ton vessel was decommissioned after nearly 30 years of service. Tireless was originally commissioned in 1985 as the third boat in the Trafalgar-class of nuclear attack submarines.

“I am very proud to be the last commanding officer of HMS Tireless, and to conduct the decommissioning ceremony today,” said Commander Hywel Griffiths, the submarine’s captain in a statement released by the Royal Navy. “Although it is sad to consign her to history, Tireless has achieved much in her nearly 30 year career.”

Tireless will be replaced by HMS Artful, the third boat of that class. The vessel has been launched, however the submarine will not enter into sea trials until next year.

The Astute-class submarines are comparable in terms of size and capability to the U.S. Navy’s Virginia-class attack submarines. In fact, General Dynamics Electric Boat was called in to help correct design problems with the Astute-class when the lead vessel was being built.

The Astute-class boats displace 7,400 tons submerged, with a length of 97 meters and have a crew complement of 98. They carry a total of 38 weapons that can be launched from six 21-inch torpedo tubes.