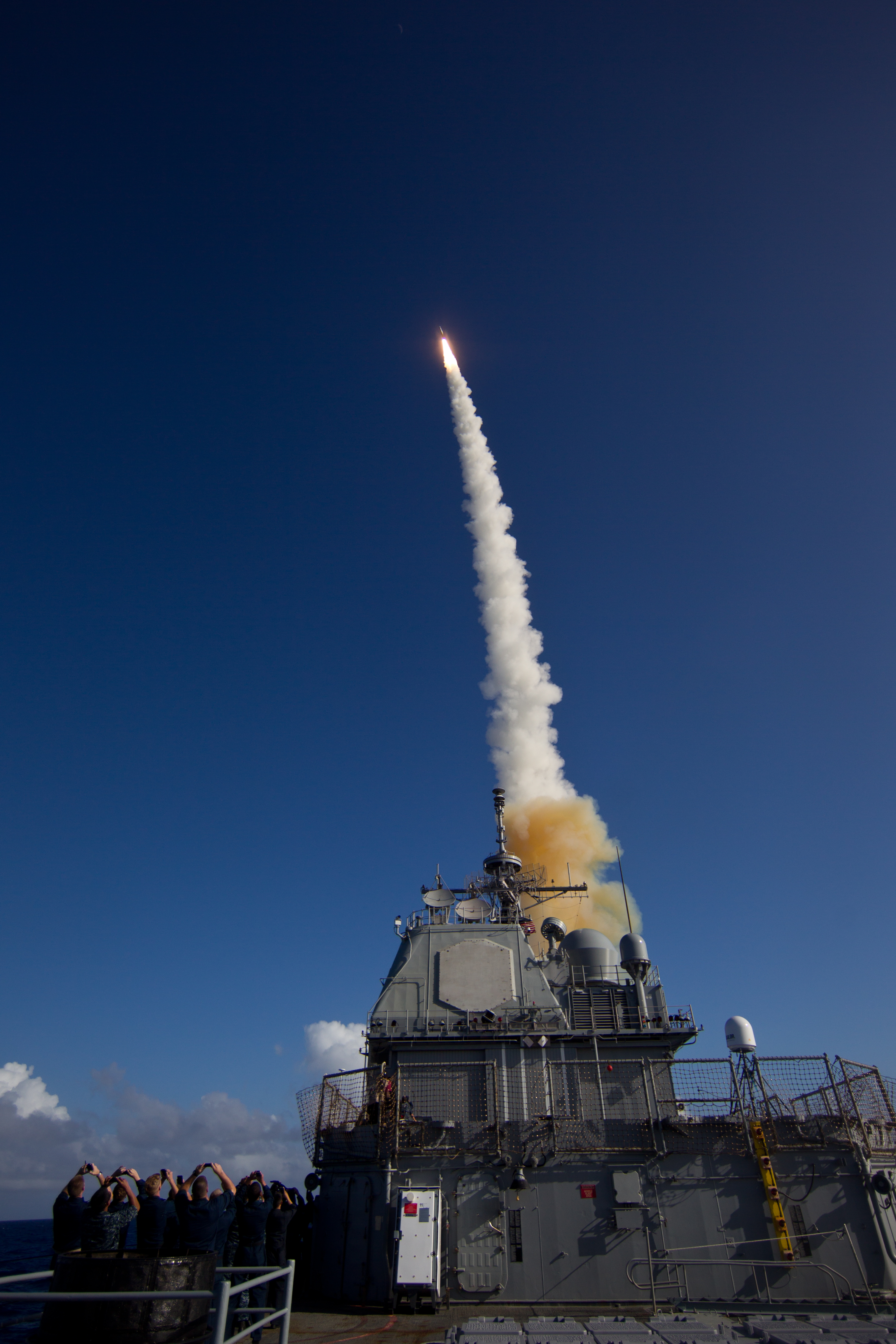 A Standard Missile – 3 (SM-3) Block 1B interceptor is launched from the USS LAKE ERIE (CG-70) in 2013. Missile Defense Agency Photo

Legislators are planning to hold hearings based on concerns over the Navy’s scheme to modernize its cruiser and destroyer fleet, according to a statement from the chairman of the House Armed Services Seapower and Projection Forces subcommittee provided to USNI News.

The planned hearings follow some legislator objections to the Navy’s plan to lay up half of the 22 Ticonderoga-class cruisers and a separate plan that scales down upgrades to more than a quarter of Arleigh Burke guided missile destroyers (DDG-51) due to budget pressure.

“I am concerned by the Navy’s plan for the modernization of large surface combatants, including both cruisers and destroyers,” Rep. Randy Forbes (R-Va.) said in the statement to USNI News.
“At a time of rising threats around the world and increasing demands on our Navy, it is essential that such vital platforms receive the necessary modernization to support U.S. national security in the decades to come.”

How the Navy modernizes its surface forces has become a hot button issue between the service and some members of Congress. The Navy has said it needs flexibility in how it upgrades its ships to provide the maximum level of effective firepower. Legislators say that not taking care of older ships first leave them targets of early decommissioning.

The House Appropriations Committee (HAC) said as much in its report on its version of the defense appropriations bill for Fiscal Year 2015 regarding the Ticonderoga decommissioning.

“The Committee is concerned that this long term lay up will lead to decommissioning of some or all of these cruisers in the near future,” read the report.

On the destroyer front, Navy wants to move up the schedule for the mid-life upgrades of its newer Arleigh Burke guided missile destroyers and modify a restriction in the Fiscal Year 2014 defense bill that requires the service to upgrade its ships in order, Navy officials told USNI News.

The service’s 62 ships in the class were planned to receive an upgrade that would have modernized each ship’s Aegis weapon system’s ability to track and defeat ballistic missiles and fight planes and cruise missiles as part of the Navy’s Integrated Air and Missile Defense (IAMD) plan.

However, the Navy decided to reduce the scope of the upgrades to 21 Flight I and II ships and now wants to upgrade the later Flight IIA ships than the law allows.

“Jumping to the IIAs solves all of those problems in a stroke,” a Navy official told USNI News earlier this month.
“By getting to those IIAs earlier you increase the BMD capacity profoundly and you also get at the modernization closer to the midlife of those ships while still recognizing that we need to do the full HM&E modernization to all the ships to get them to their expected service life.”

The hearings are tentatively scheduled for mid-July, according to Forbes’ office.