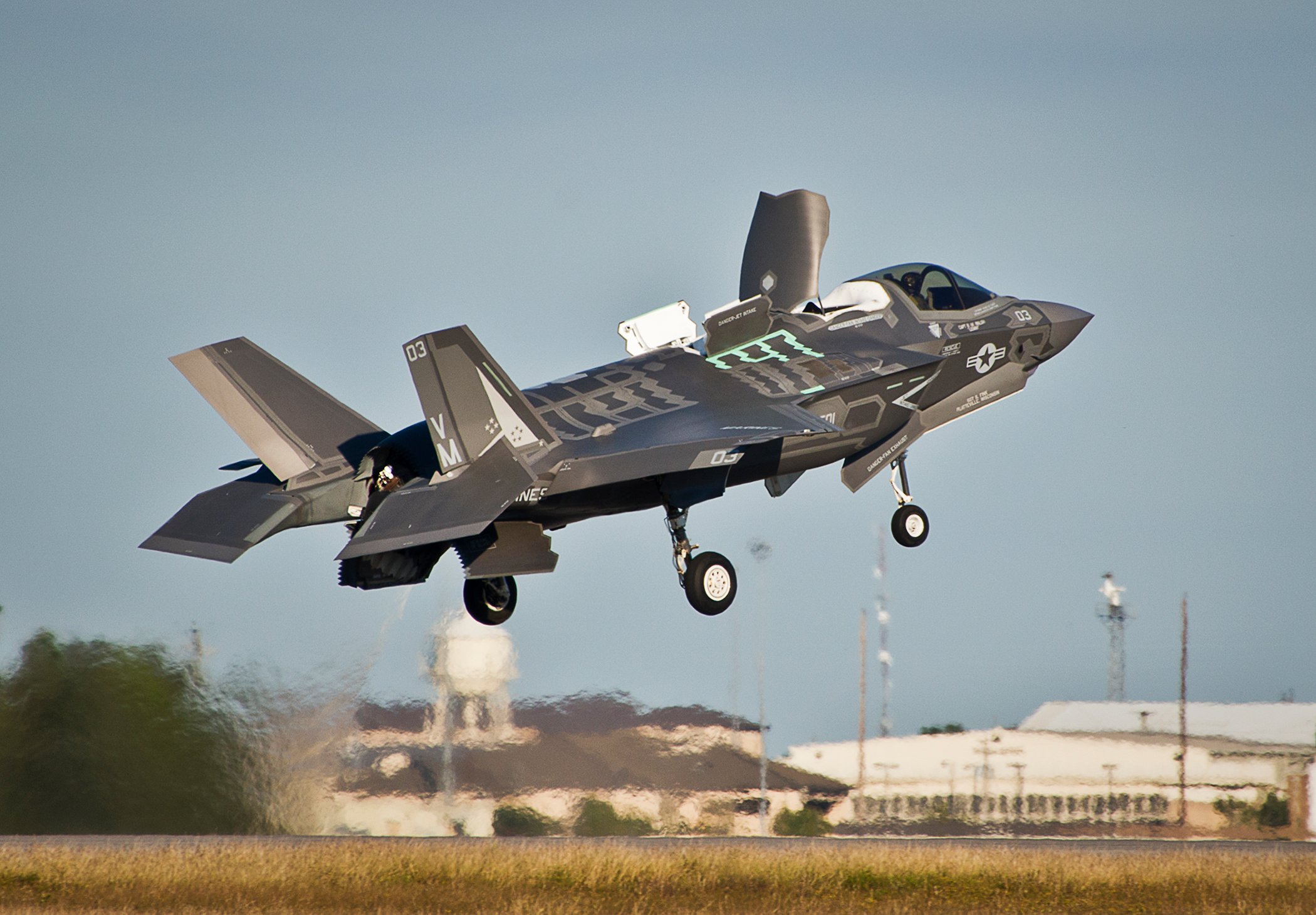 Lockheed Martin has begun testing the final version of the F-35’s Block 2B software that the US. Marines need to declare the jet operational starting on June 9, company officials told reporters on Monday.

“We are putting the final capability version of the software on the aircraft today and expect to be flying today with 2B in its final drop of software,” Lorraine Martin, Lockheed’s F-35 executive vice president said. “It is possible we will learn things as we go through flight test throughout the summer and into the fall and we have provisioned with the JPO [Joint Program Office] that if we find something we’ve got capacity to go update the software.”

That means all of the capability needed for the U.S. Marine Corps’ initial operational capability (IOC) date with the F-35B short take-off vertical landing variant of the jet in July 2015 is currently flying in test. The software will be verified by the end of the year and released to the fleet in the second quarter of 2015, Martin said

Meanwhile, the government-company integrated test force has flown five sorties with the Block 3i software–which is the configuration the U.S. Air Force requires for its August 2016 IOC date. Block 3i, with the exception of a new third generation helmet-mounted display, offers the same capability as Block 2B other than the fact it runs on newer, faster computer hardware. The new helmet fixes issues with night vision found on the older version of the hardware.

She said that the hardware and software are performing extremely well thus far.

The Marines do not need the new hardware for their IOC, but eventually their aircraft will be retrofitted with the new processors.

Martin says that the final Block 3F version of the software will be delivered on time despite concerns from the Joint Program Office that there could be a six-month delay. Martin said the Block 3F code is 80 percent complete with only 170,000 lines of code remaining. “We have plenty of time in my estimation to get the 3F software complete,” she said.

Martin said she has full confidence in the company’s current schedule because the plan is based on the “actual” past performance of the program in developing and testing the 2B software.

“We hit 2B essentially on the nose,” she noted.

If all goes as planned, the final Block 3F will finish testing at the end of 2016 and should be released to the fleet in the third quarter of 2017. The U.S. Navy will declare the F-35C operational with Block 3F software.

Meanwhile, Lockheed anticipates an eighth low-rate initial production contract to be signed in the summer of this year. Martin said that the price of the F-35 drop compared to the last production lot.