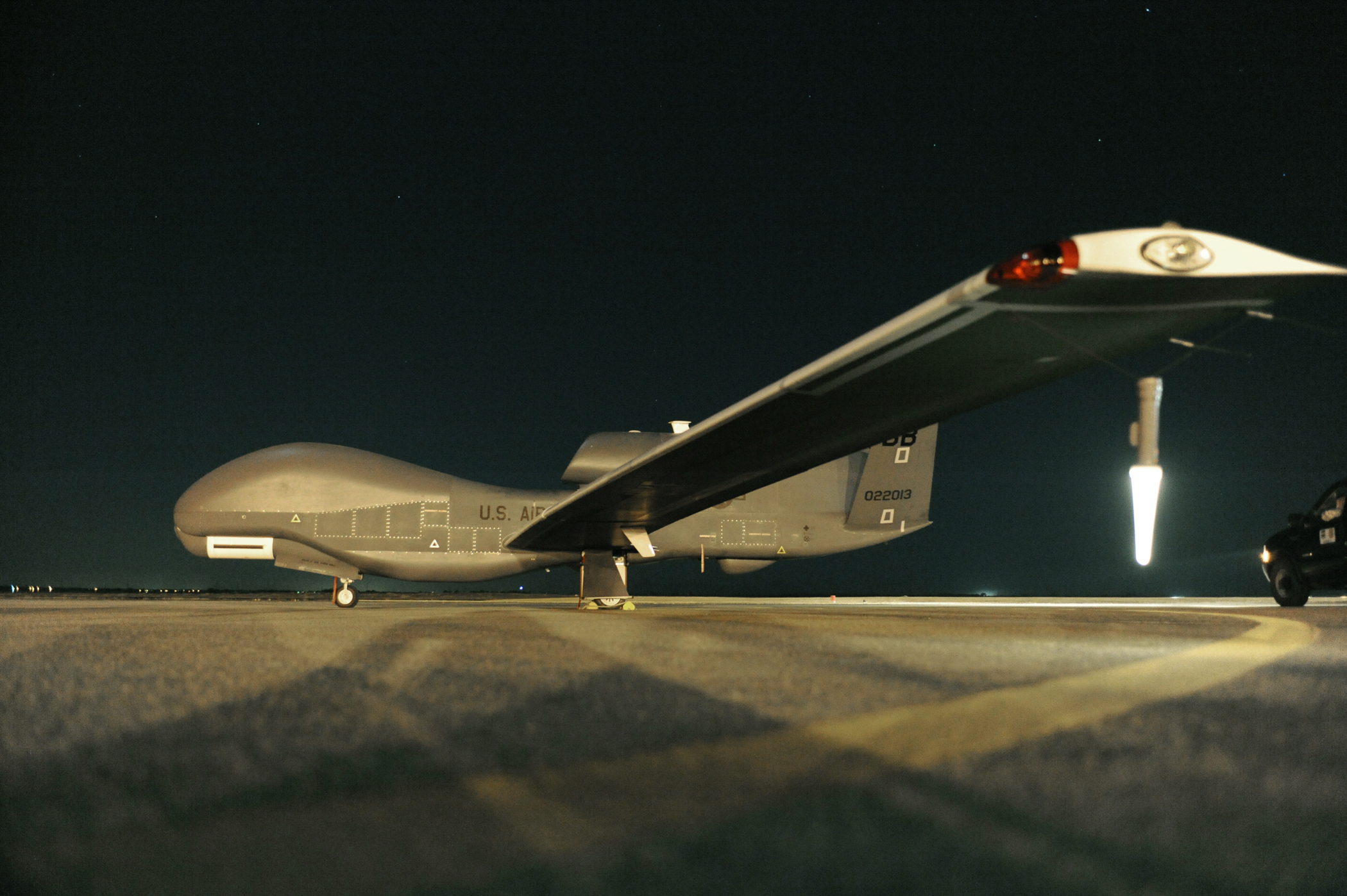 The U.S. Air Force’s fleet of Northrop Grumman RQ-4B Global Hawks has been busy in recent days, touching down in Japan and participating in NATO exercises over the U.K. for the first time.

According to the Air Force, a 40-man strong Global Hawk detachment arrived at Misawa Air Base in Japan on May 24. However, the Air Force did not release how many Global Hawk air vehicles are currently operating out of Misawa. The unit will operate out of the northern Japanese base until October.

“Our relationship with Japan is very important, so being here reinforces the strong partnership our country has with the Japanese government,” said the detachment’s director of operations—who was not named — in a statement released by the Air Force. “We’re confident these operations benefit both parties.”

The unnamed officer admitted that part of the reason for the deployment to Japan was due to poor weather conditions at Andersen Air Force Base in Guam. The Air Force does not like to name unmanned aircraft operators due to what it perceives as security concerns.

Meanwhile on the other globe, the United Kingdom (UK) Ministry of Defence (MOD) released a statement saying that Global Hawks had operated over Britain for the first time on May 29 during a NATO exercise called Unified Vision 2014.

According to the MOD, the Global Hawk flights were aimed at assisting in the development of the NATO Alliance Ground Surveillance (AGS) system. The AGS will comprise of five modified Block 40 Global Hawks equipped with a ground-surveillance radar.

“It is good to see existing airspace procedures enabling the seamless integration of remotely-piloted air systems (RPAS), such as the unarmed Global Hawk aircraft, within European airspace,” said Air Vice Marshal Phil Osborn, director capability Joint Forces Command in a MOD statement. “This trial will have helped with the development of the NATO Alliance Ground Surveillance system and the future airspace integration of RPAS.”

The Global Hawk flights took place in “controlled and segregated airspace” at altitudes of about 50,000 feet “following well-established UK Civil Aviation Authority measures commonly put in place for military exercises” according to the MOD. The Global Hawks were likely operating out of Naval Air Station (NAS) Sigonella in Sicily.

A version of the Global Hawk called the MQ-4C Triton is currently being undergoing flight test at Naval Air Station Patuxent River, Md. Integrating unmanned aircraft into the national airspace system is a major concern for the Navy, not to mention the Air Force and other services.