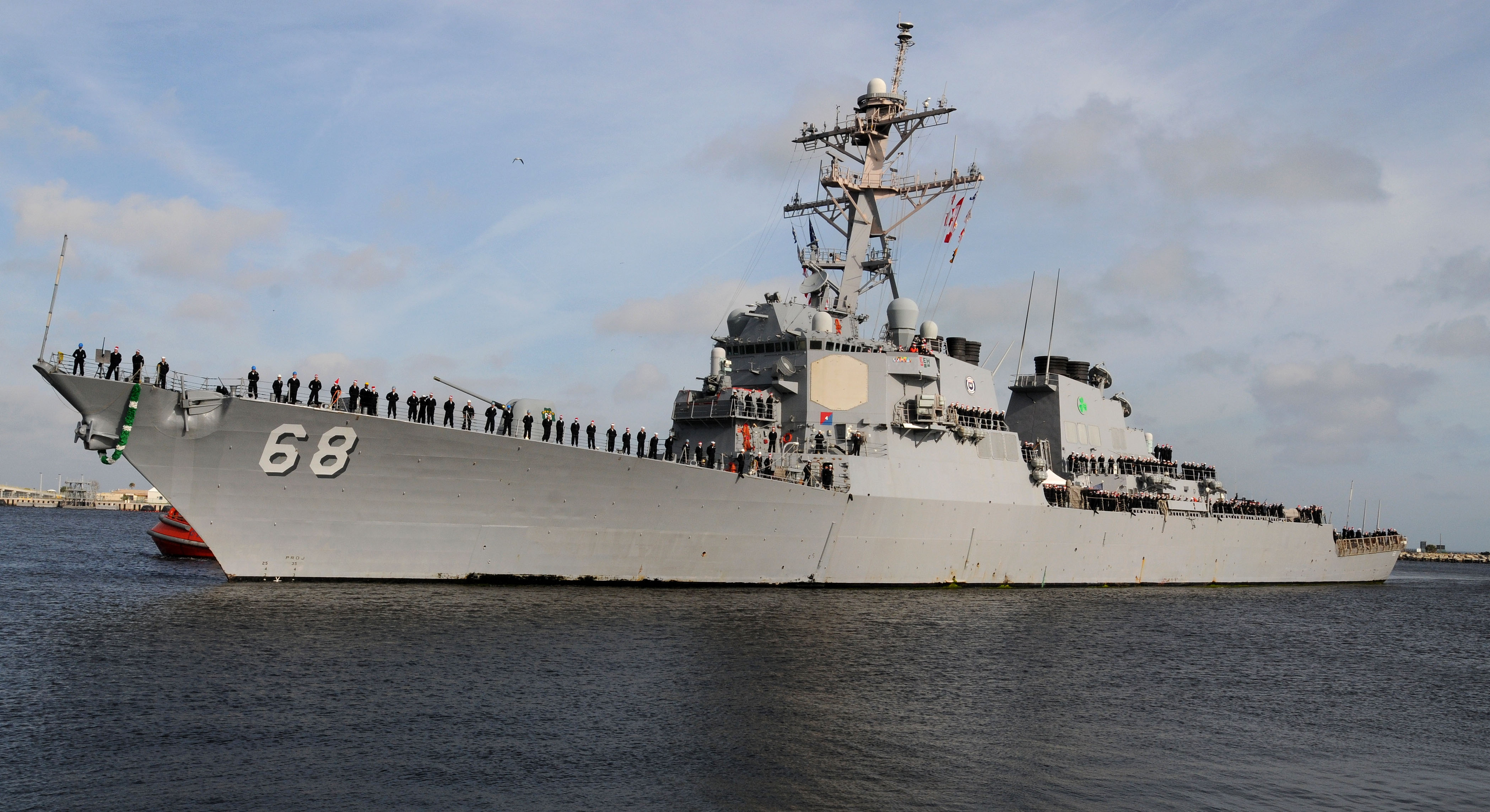 USS The Sullivans (DDG 68) returns to her homeport of Mayport, Fla., following the completion of a six-month deployment in 2013. US Navy Photo

The Navy has quietly reduced the scope of upgrades to its guided missile destroyers in a move that could make up to a quarter of the fleet a target of early decommissioning due to obsolescence, USNI News has learned.

Out of 28 early Arleigh Burke-class DDGs (Flight I/II), 21 will not receive a full upgrade to their Aegis combat systems and instead have a midlife upgrade that will focus on the mechanical health of the ship and some will have upgrades to the ships’ anti-submarine warfare systems as part of a cost saving strategy, Naval Sea Systems Command told USNI News on Friday.

The targeted Flight I and II ships will retain older computer and missile systems and not adapt a new set of anti-air warfare (AAW) standards and systems that will allow the rest of the Burke fleet to be more easily upgraded with new software and weapons, according to information on the program obtained by USNI News.

The focus of the Aegis AAW modernization effort will be instead on the Navy’s newer Burkes — Flight IIAs — the first of which commissioned in 1997, according to NAVSEA.

“There were two major items considered in switching modernization to the FLT IIAs,” according to a statement from NAVSEA provided to USNI News on Friday.
“[First] fiscal constraints drove the modernization rate of the later FLT I/II’s and all the FLT IIA’s well past their mid-life greatly reducing return on investment. [Second] due to the FLT I/II DDGs already having a [Ballistic Missile Defense] (BMD) capability, the ability to increase the number of BMD capable ships is achieved with modernization of the FLT IIA’s.”

The estimated cost of the reduced upgrades is about $170 million per ship for the news systems and testing. The full upgrade costs about $270 million, USNI News understands.

The original upgrade plan for all Aegis ships (Burkes and 22 Ticonderoga-class guided missile cruisers) was slated to cost an estimated $16.6 billion in FY 2010 dollars, according to an Aegis cruiser and destroyers modernization report from the Congressional Research service in 2011.

The Flight I and II ships are currently equipped with a basic BMD capability — BMD 3.6.1 — that allows the ships to field variants of the Raytheon Standard Missile 3 but unable to handle the Navy’s new SM 6 missile that is able to receive targeting information from other sources, including the Northrop Grumman E-2D Advanced Hawkeye.

“These are still very capable ships and we intend to utilize them to their fullest potential. Our plan delivers increased BMD capacity and capability to meet the mission,” Navy spokesman Lt. Robert Myers told USNI News on Tuesday, following the publication of an earlier version of this post.

The Navy had planned to upgrade all of the destroyers to the latest standard — now-called Baseline 9, according to a 2008 report in Seapower.

Baseline 9 is a primary building block of the service’s new integrated air and missile defense concept — previously called Aegis Advanced Capability Build (ACB) —that allows ships to deal with a multitude of threats ranging from cruise missiles, to hostile aircraft to ballistic missiles.

“Ships and strike groups are going to be forced to contend with the simultaneity of a ballistic missile and a cruise missile at the same time and how do we align ourselves to do that to project power, do the missions assigned and protect the force and continue to do that over a sustained period of time?” Capt. Jim W. Kilby, deputy for ballistic missile defense, Aegis, destroyers and Future Surface Combatants (N96F) for the Office of the Chief of Naval Operations (OPNAV), told USNI News in an April interview.

Baseline 9 for destroyers includes a complete refresh of computers in the ships from military specific computers to commercial servers that are easier to maintain and upgrade.

With the addition of the Raytheon SM-6, destroyers can now greatly extend their engagement range using off-board sensors to provide targeting information. 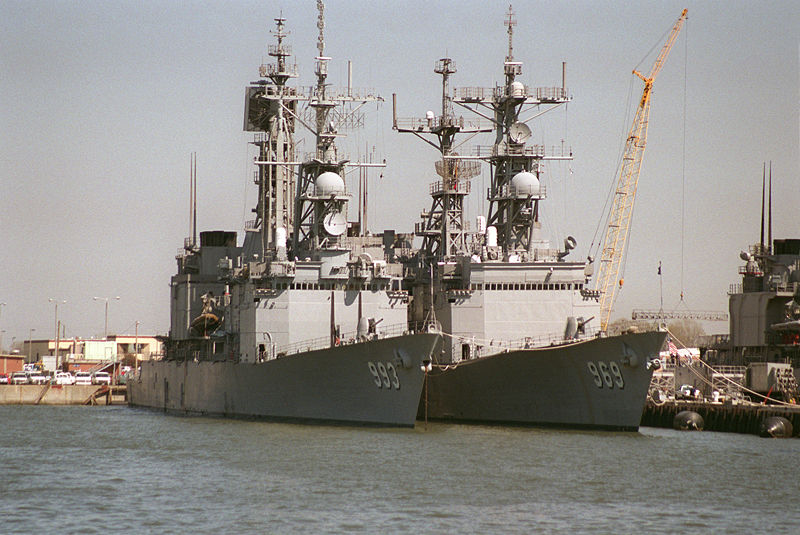 NAVSEA said the reduced scope of upgrades will be adequate to face ballistic missile threats and that the ships are all planned to reach their expected 35-year service lives.

However, NAVSEA’s statement would be a departure from history.

Ships without a combat system refresh at some point — usually during a midlife upgrade — only average from 17 to 19 years in the fleet, several naval experts told USNI News.

Examples include the late 1970s Kidd-class destroyers. The four Kidd destroyers — originally built for the then Shah of Iran — were pushed out of service for obsolescence issues. The Kidds went through a partial 1990s combat systems upgrade but were decommissioned in favor of the more technologically advanced Burkes.

The first five Ticonderoga-class guided missile cruisers did not receive combat systems upgrades — judged too expensive — and were decommissioned between 2004 and 2005. The ships were 15 years shy of their expected service life. 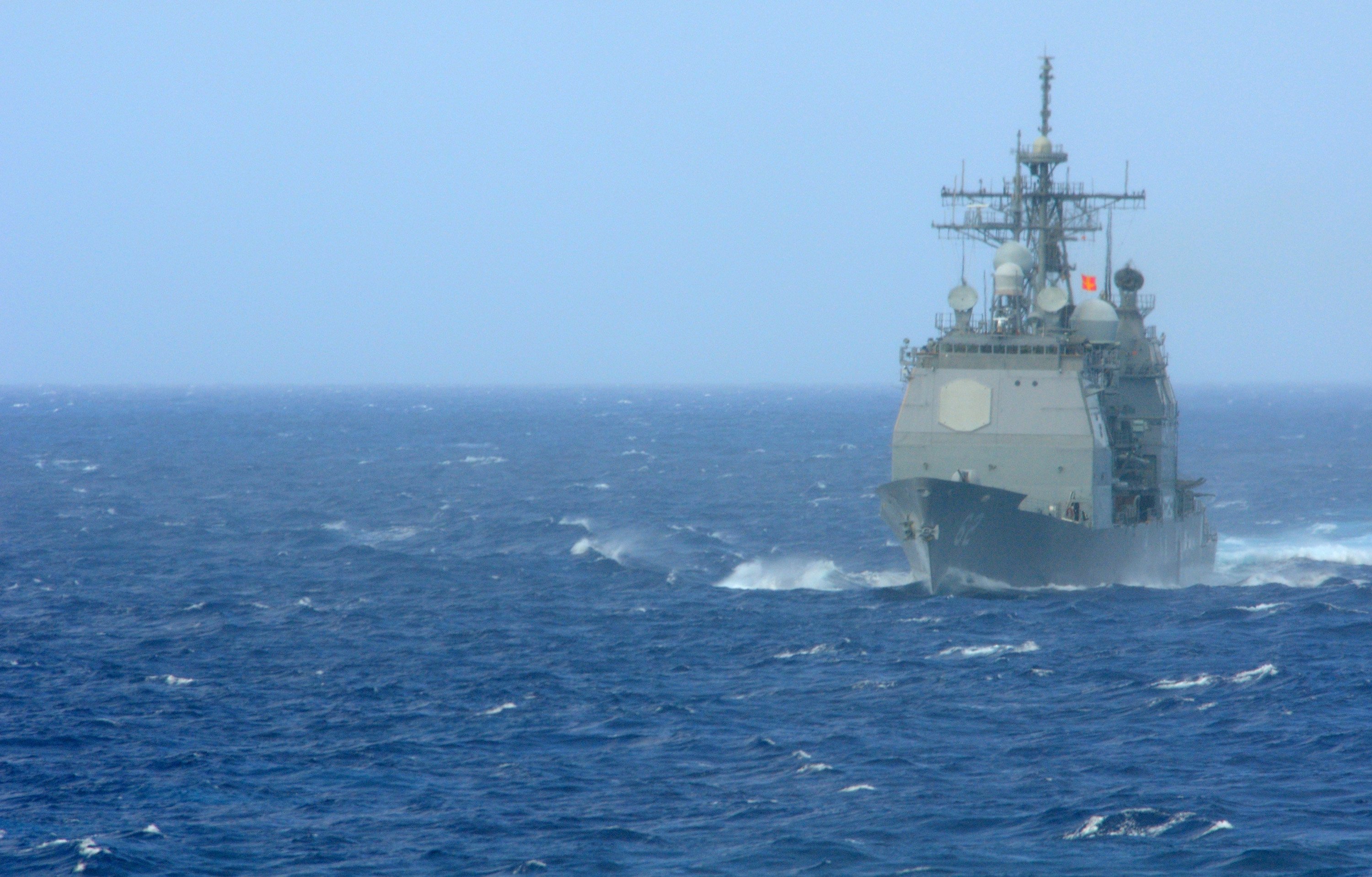 Modernizing surface ships vice decommissioning has been a divisive issue between Congress and the Navy in the last several years.

The House Armed Services Committee and the Navy are currently at odds over a plan to mothball 11 Ticonderoga-class cruisers as an additional cost saving strategy.

Congress has also legislated the Navy upgrade ships in order they entered the fleet in an effort to keep ships in the fleet. As part of the Fiscal Year 2014 defense act, Congress told the Navy to specifically upgrade Aegis ships in order.

Legislators have pushed the Navy and the Pentagon to keep as many ships as possible in the inventory, reluctant to shrink the force.

The Navy, for its part, has said that in order to keep within budgets and prevent a so-called “hollow force,” it needs flexibility in how it spends.