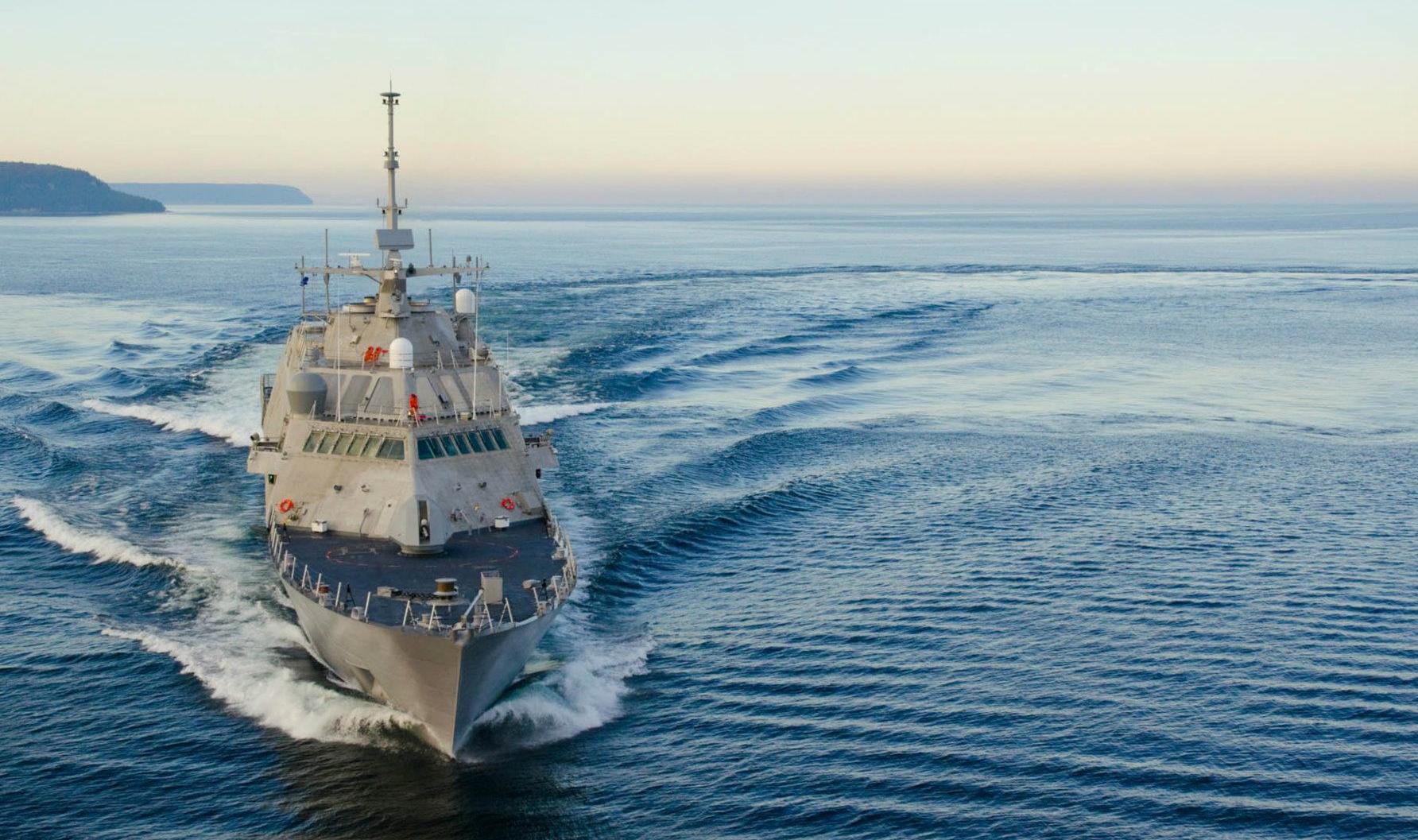 The following is the Feb. 25, 2014 update on the Littoral Combat Ship program from the Congressional Research Service.
On February 24, 2014, Secretary of Defense Chuck Hagel announced that the Department of Defense (DOD) intends to truncate the Navy’s Littoral Combat Ship (LCS) program to 32 ships— a reduction of 20 ships from the previously planned total of 52 LCSs. Through FY2014, a total of 20 LCSs have been funded. Under the Navy’s FY2014 budget submission, LCSs 21 through 24 were scheduled to be requested for procurement in FY2015.

As a successor to the LCS program, Secretary Hagel announced on February 24 that the Navy is to submit “alternative proposals to procure a capable and lethal small surface combatant, generally consistent with the capabilities of a frigate. I’ve directed the Navy to consider a completely new design, existing ship designs, and a modified LCS.”

The LCS is a relatively inexpensive Navy surface combatant equipped with modular “plug-and- fight” mission packages for countering mines, small boats, and diesel-electric submarines, particularly in littoral (i.e., near-shore) waters. Two very different LCS designs are being built. One was developed by an industry team led by Lockheed; the other was developed by an industry team that was led by General Dynamics. The Lockheed design is built at the Marinette Marine shipyard at Marinette, WI; the General Dynamics design is built at the Austal USA shipyard at Mobile, AL. The 20 LCSs procured or scheduled for procurement in FY2010-FY2015 (LCSs 5 through 24) are being procured under a pair of 10-ship, fixed-price incentive (FPI) block buy contracts that the Navy awarded to Lockheed and Austal USA on December 29, 2010.

The LCS program has become controversial due to past cost growth, design and construction issues with the lead ships built to each design, concerns over the ships’ survivability (i.e., ability to withstand battle damage), and concerns over whether the ships are sufficiently armed and would be able to perform their stated missions effectively. Some observers, citing one or more of these issues, have proposed truncating the LCS program. In response to criticisms of the LCS program, the Navy has acknowledged certain problems and stated that it was taking action to correct them, disputed other arguments made against the program, and (until February 24, 2014) maintained its support for completing the planned program of 52 ships.