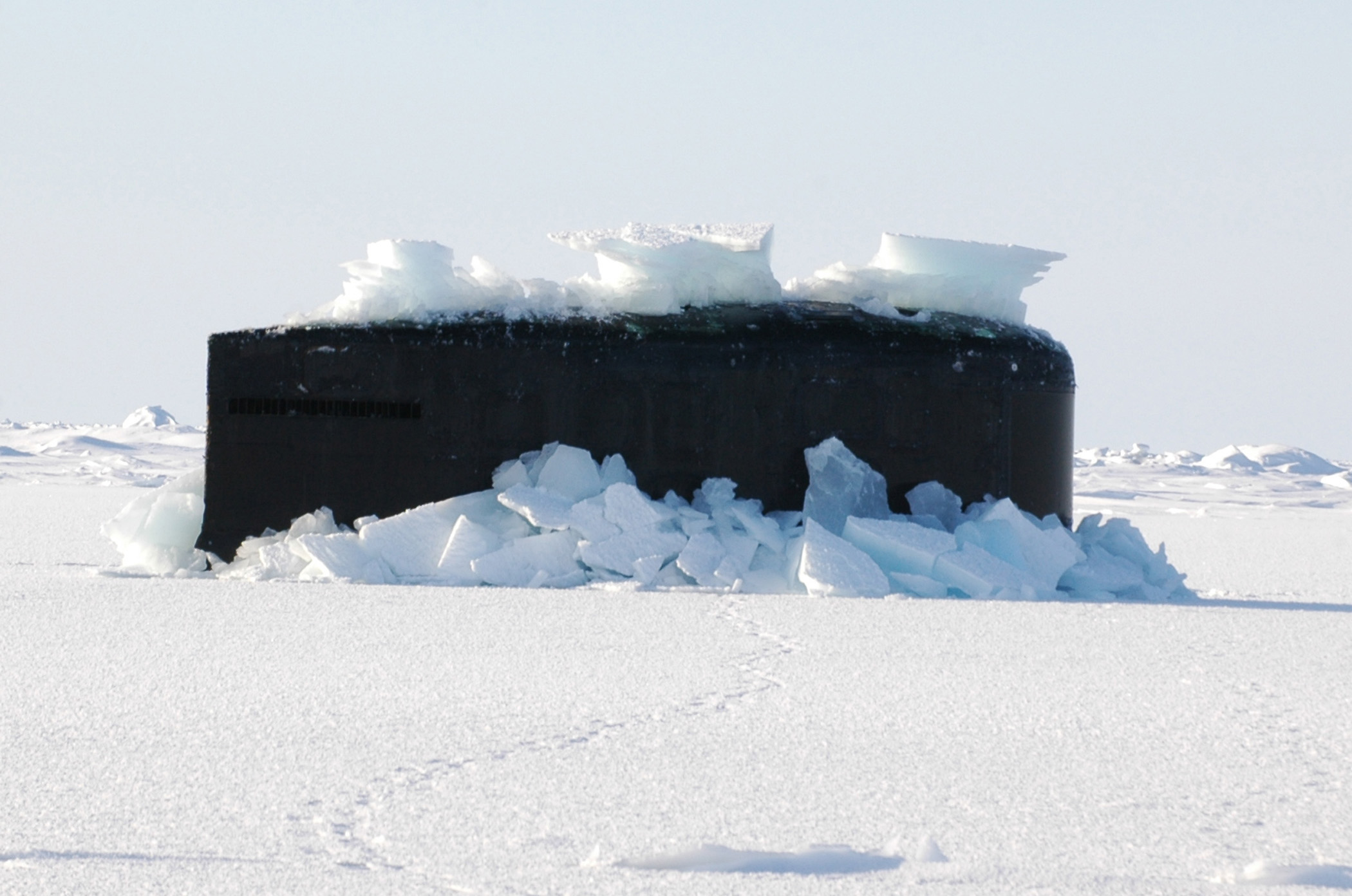 The following is from the Feb. 14, 2014 Congressional Research Service report: Changes in the Arctic.
The diminishment of Arctic sea ice has led to increased human activities in the Arctic, and has heightened interest in, and concerns about, the region’s future. The United States, by virtue of Alaska, is an Arctic country and has substantial interests in the region.On May 10, 2013, the Obama Administration released a national strategy document for the Arctic region. On January 30, 2014, the Obama Administration released an implementation plan for this strategy.

Record low extents of Arctic sea ice over the past decade have focused scientific and policy attention on links to global climate change and projected ice-free seasons in the Arctic within decades. These changes have potential consequences for weather in the United States, access to mineral and biological resources in the Arctic, the economies and cultures of peoples in the region, and national security.

The five Arctic coastal states—the United States, Canada, Russia, Norway, and Denmark (of which Greenland is a territory)—are in the process of preparing Arctic territorial claims for submission to the Commission on the Limits of the Continental Shelf.

The Russian claim to the enormous underwater Lomonosov Ridge, if accepted, would reportedly grant Russia nearly one- half of the Arctic area. There are also four other unresolved Arctic territorial disputes.

The diminishment of Arctic ice could lead in coming years to increased commercial shipping on two trans-Arctic sea routes—the Northern Sea Route and the Northwest Passage. Current international guidelines for ships operating in Arctic waters are being updated.

Changes to the Arctic brought about by warming temperatures will likely allow more exploration for oil, gas, and minerals. Warming that causes permafrost to melt could pose challenges to onshore exploration activities. Increased oil and gas exploration and tourism (cruise ships) in the Arctic increase the risk of pollution in the region. Cleaning up oil spills in ice-covered waters will be more difficult than in other areas, primarily because effective strategies have yet to be developed.

Large commercial fisheries exist in the Arctic. The United States is currently meeting with other countries regarding the management of Arctic fish stocks. Changes in the Arctic could affect threatened and endangered species. Under the Endangered Species Act, the polar bear was listed as threatened on May 15, 2008. Arctic climate change is also expected to affect the economies, health, and cultures of Arctic indigenous peoples.

Two of the Coast Guard’s three polar icebreakers—Polar Star and Polar Sea—have exceeded their intended 30-year service lives, and Polar Sea is not operational. The possibility of increased sea traffic through Arctic waters raises an issue concerning Arctic search and rescue capabilities. On May 12, 2011, representatives from the member states of the Arctic Council signed an agreement on cooperation on aeronautical and maritime search and rescue in the Arctic.

The Arctic has increasingly become a subject of discussion among political leaders of the nations in the region. Although there is significant international cooperation on Arctic issues, the Arctic is also increasingly being viewed by some observers as a potential emerging security issue.

In varying degrees, the Arctic coastal states have indicated a willingness to establish and maintain a military presence in the high north. U.S. military forces, particularly the Navy and Coast Guard, have begun to pay more attention to the region. On May 21, 2013, the Coast Guard released a strategy document for the Arctic.