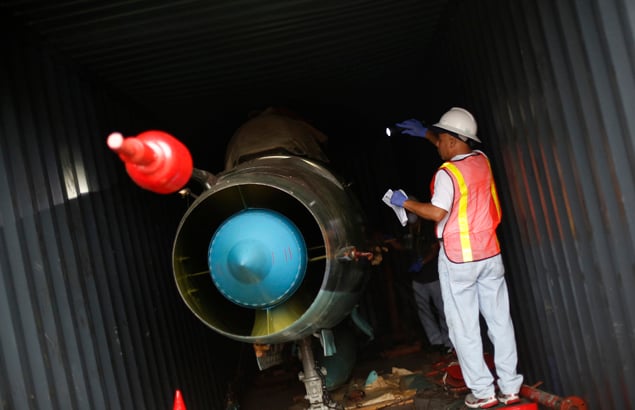 North Korean officials have settled up a fine set by Panamanian authorities incurred after a North Korean ship attempted to transit the Panama Canal with containers full of illicit — but badly dated — weapons from Cuba, canal officials said on Saturday.

The original fine of $1 million was reduced to $693,333.10, canal administrator Jorge Quijano said in a report in the Agence France-Presse.

“They just paid the fine in cash,” Quijano said.
“So the ship is free to set sail.”

In July North Korean-flagged cargo ship Chong Chon Gang attempted to transit the canal with, “240 metric tons of obsolete defensive weapons – two anti-aircraft missile complexes Volga and Pechora, nine missiles in parts and spares, two MiG-21bis [fighter aircraft] and 15 motors for this type of airplane, all of it manufactured in the mid-twentieth century – to be repaired and returned to Cuba,” according to July a report from Jane’s Defence Weekly.

Last month Panama released 32 of the crew from custody keeping the ship’s captain, first officer and ‘political secretary’ in jail to face arms trafficking charges, according to a report from Marine Link.