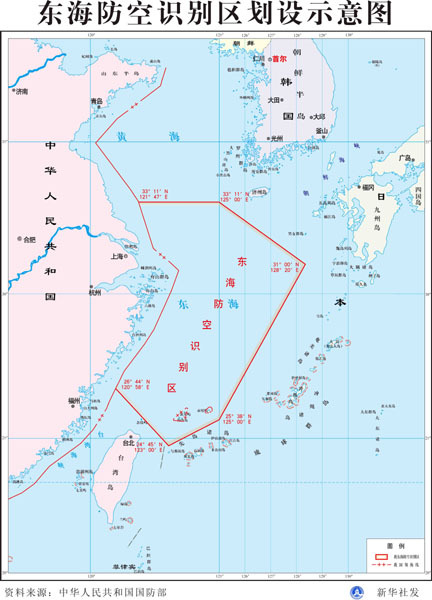 On November 23, 2013, China established an Air Defense Identification Zone (ADIZ) over a significant portion of the East China Sea (ECS). The ADIZ includes the airspace over disputed areas, including the Senkaku Islands contested by China and Japan.

The declared zone also overlaps much of Japan’s established ADIZ in the ECS. Beijing stated the ADIZ is necessary to “[protect] state sovereignty and territorial and airspace security” in the ECS,1 suggesting the move is designed to strengthen China’s maritime and island claims in the region as well as justify air activity intended to defend these claims.

China’s ADIZ announcement almost certainly will harden negotiating positions on both sides. The move also could lead to increased Chinese and Japanese air patrols in the region, further fueling the potential for sudden escalation given an accident or miscalculation.